Heat Wave Begins, Along With Threat For More Storms

With a brighter sky today, high temperatures are pushing 90 degrees in many spots, and it is the beginning of several days of 90+ degree weather, the first heat wave of 2021

The thunderstorm threat diminishes today for most of New England, with the exception of far northern Vermont through northern New Hampshire, into much of Central and Northern Maine.

Yesterday’s storms were quite intense especially over Connecticut where more than 3 inches of rain fell locally just east of Hartford.

That southern front pushed just far enough offshore that Southern new England should be mostly rain free today. However it is a very humid air mass and the dense fog near the coast may not burn off in some coastal locations.

If you’re looking for sunshine at the beach try and find something a little bit more north facing like the north side of Cape Cod or toward Cape Ann.

With a brighter sky today, high temperatures are pushing 90 degrees in many spots, and it is the beginning of several days of 90+ degree weather, the first heat wave of 2021.

Another front near the Canadian border is going to generate a round of powerful thunderstorms late today and overnight. There is a chance for isolated damage, and even a slight chance for a tornado near the Canadian border late today. That front will stall across central and northern New England tonight and tomorrow to continue the threat for some thunderstorms tonight and tomorrow afternoon.

But once again most of Southern New England should be rain free, and there’s a better chance the fog burns off at the shore tomorrow as the wind will have a little bit more of a westerly component. 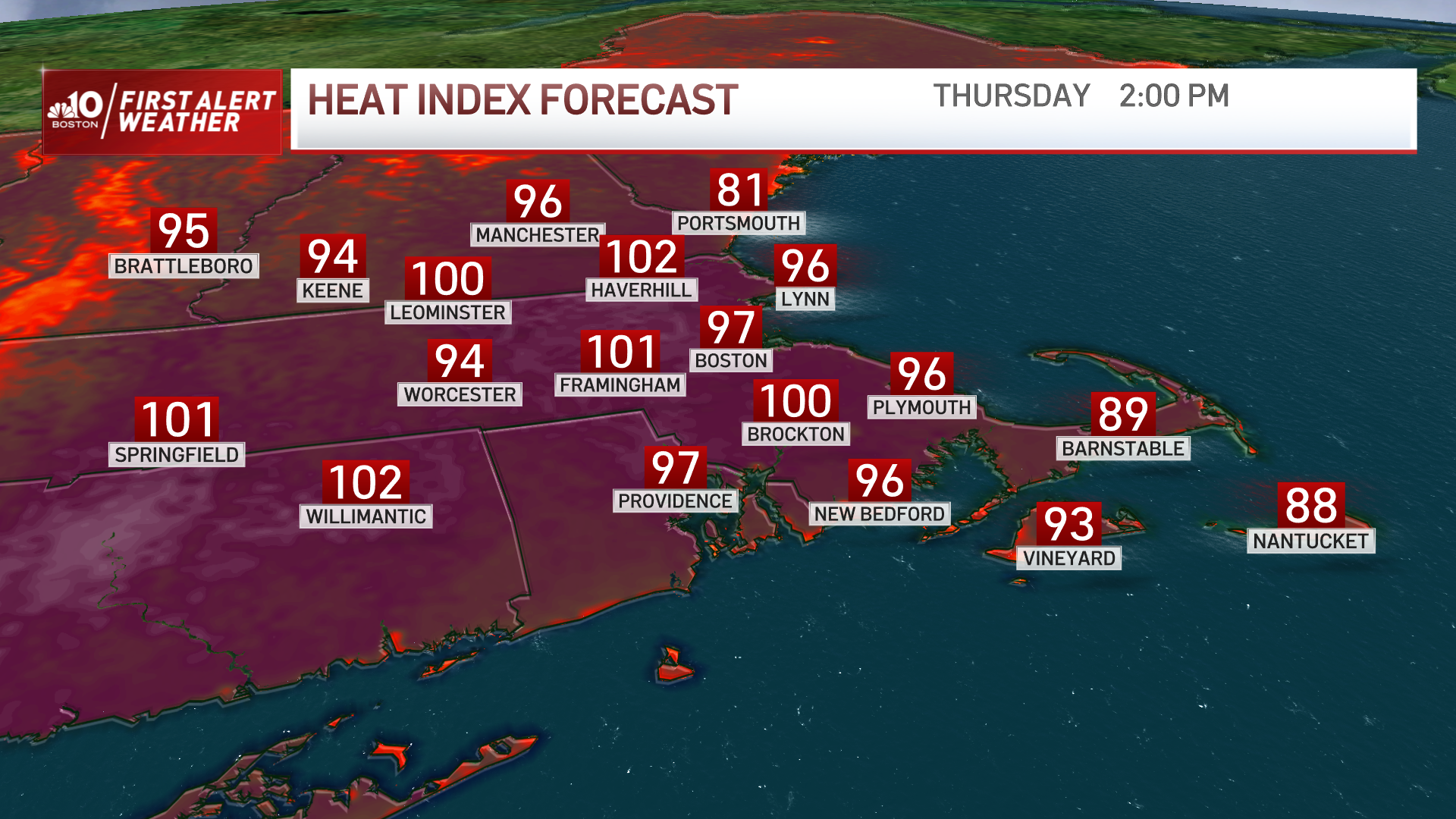 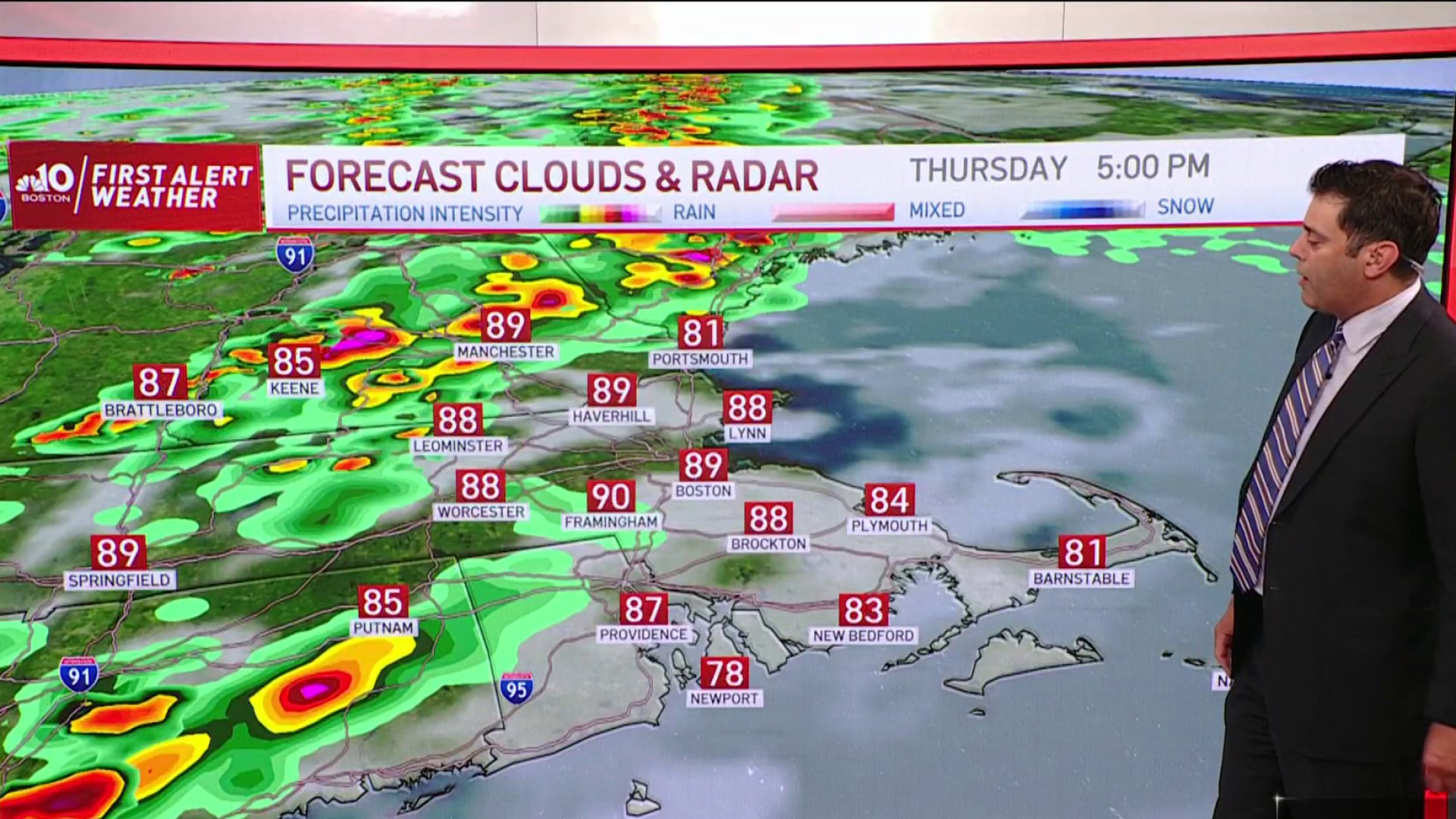 Wind today is out of the southwest at 15 to 20 miles an hour near the coast, tomorrow more out more from the west at 10 to 20 mph.

By Tuesday and Wednesday another front from Canada is getting close enough for scattered afternoon thunderstorms and temperatures just a little bit less intense. But a heat advisory is likely for much of New England beginning either tomorrow or Monday, and the heat wave may not break until Wednesday or Thursday, as seen in our First Alert 10-day forecast.