A ski country meltdown is predicted for the holiday weekend

The anticipated mild stretch of weather has arrived to New England – anticipated in a positive sense for some, and anxiously anticipated by winter sports enthusiasts and snow lovers, as the next ten days will take a significant toll on conditions for skiing, snowboarding and snowmobiling.

The culprits, as explained earlier this week, are two-fold. There's a strong and stubborn high pressure ridge that's building over the western Atlantic, and this represents a slug of warmth and a clockwise flow of wind, meaning a southerly wind in New England. Meanwhile, the jet stream ushers repetitive storms from the nation’s mid-section to Ontario, also ushering a southerly wind into New England.

This combination of a squeeze between offshore high pressure and Midwest low pressure leaves absolutely no wiggle room for snow to sneak into the forecast over the coming days in New England. Instead, temperatures will continue to moderate in the days ahead, reaching the 50s for many Friday through Sunday, with waves of clouds accompanying each push of milder air.

One such wave of clouds started the day Thursday, but thins out during the afternoon for strengthening sun.  Another wave of clouds is likely to traverse the New England sky at some point Friday, and Saturday is expected to be entirely cloudy. Of course, with milder days come milder nights, and while Thursday night dips below freezing in northern New England, even overnights this weekend will stay above freezing for nearly all of New England, ensuring a continuous meltdown.

As the southwest wind continues, moisture accompanies mild air, so Saturday brings an overcast sky and showers arriving to the South Coast of New England during the morning with perhaps a separate shower or two in the Northern Mountains, before a more defined area of showers, then rain, arrives from southwest to northeast Saturday afternoon, evening and night, ensuring 2023 will ring in wet for nearly every New England city Saturday at midnight.

The rain won’t last long, however, with only about half an inch falling before early showers Sunday wrap up and ship out to the east by midday, affording afternoon breaks of sunshine with temperatures in the 50s. The slower exception to clearing is northern New England, though drying should be pronounced even there by later day.

This bodes wonderfully for the Patriots game at Gillette for spectators and tailgaters, albeit a very different atmosphere from what most of us probably envisioned when Miami at New England appeared on the NFL schedule for New Year’s Day. Temperatures should be around or over 50 degrees with breaks of sun. Similarly, the NHL Winter Classic game will be anything but classic winter for the Bruins – temperatures near 50 degrees with a fair sky. 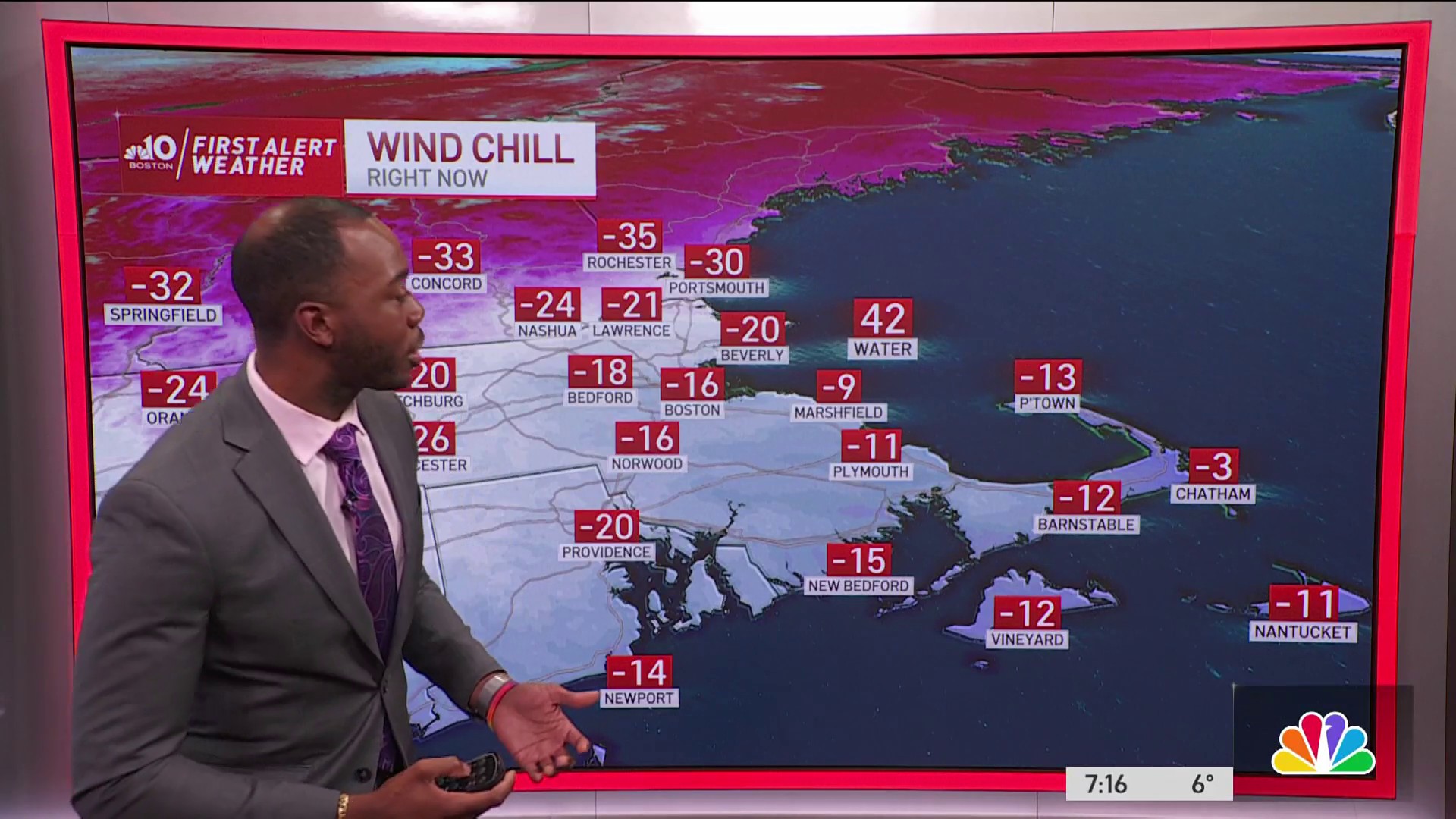 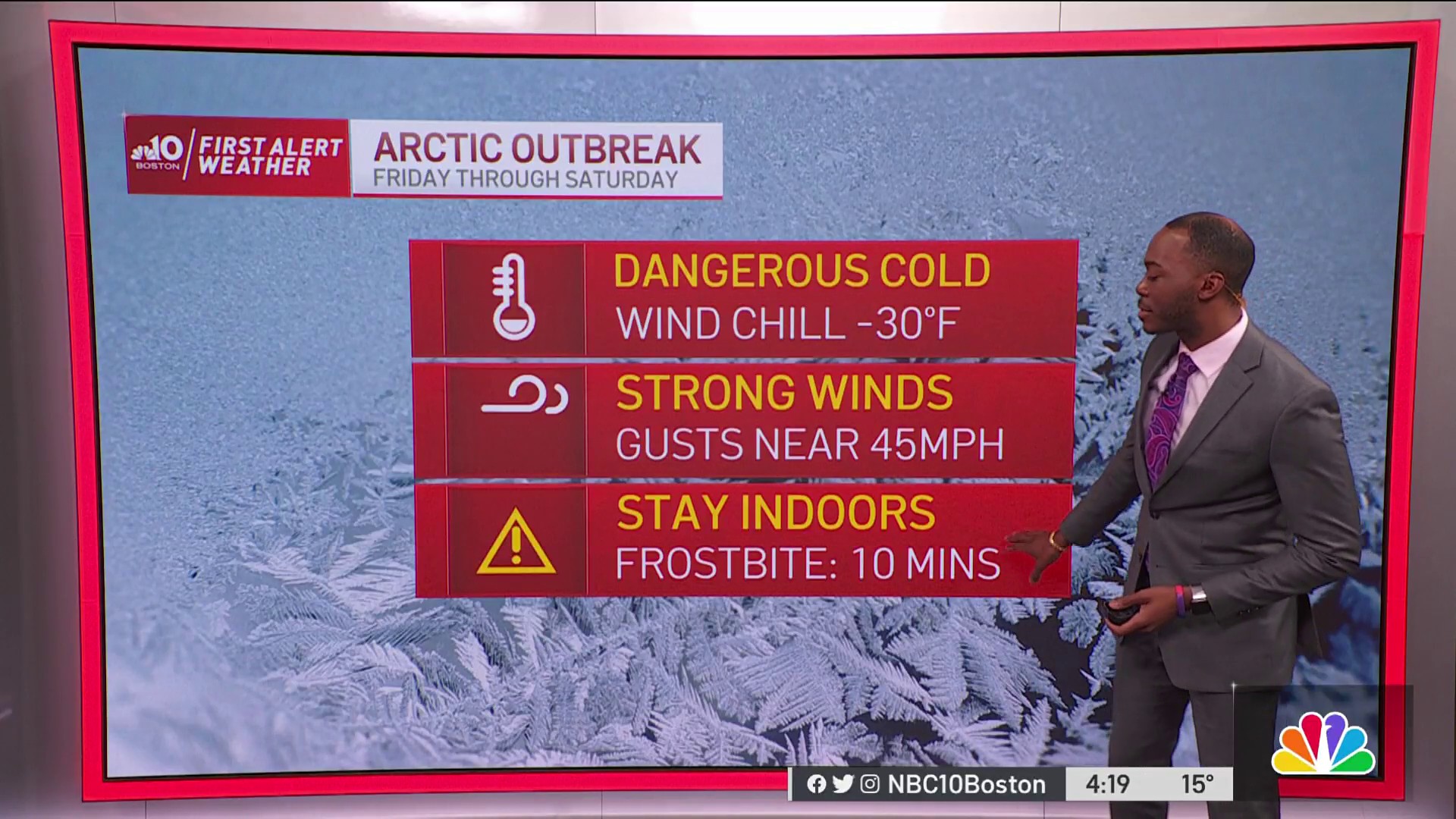 Midweek next week brings another round of mild showers, with another half inch of rain expected but, once again, no damaging wind signals showing up in our forecast at this point. The weather pattern starts cooling at the end of next week and should start resembling something closer to January shortly thereafter.