Return to Summer Weather This Weekend

Highs rise into the mid to upper 80s by Saturday

We're expecting some fair weather cumulus clouds with highs rising into the low to mid 80s. High pressure maintains its hold over New England Friday night as an atmospheric disturbance approaches from the west. This will kick off mid to high level clouds moving in with dry and mild conditions continuing. Lows will range through the 60s across the region.

More clouds will be around on Saturday with the chance of showers or an isolated thunderstorm during the afternoon to the north and west. Highs will rise well into the mid to upper 80s.

Sunday is a tough day in terms of keeping things dry. We will be in between an approaching cold front from Quebec and a coastal system south of the region, leading to the chance of showers and thunderstorms throughout the day. We're expecting a mostly dry day though with warm summer temperatures in the low to mid 80s. Some locations may evem rise into the mid to upper 80s.

Looking ahead to next week, an area of high pressure moves over New England behind the departing cold front on Monday. We're expecting another mostly dry day with the threat of showers and thunderstorms across western areas. Highs crest into the upper 70s to low 80s for most, low to mid 80s across western Massachusetts and Connecticut.

Gov. Phil Scott of Vermont toured the damage to infrastructure brought on by severe weather earlier this month.

We are between two systems again on Tuesday as a warm front approaches from the southwest. Another day, another risk of showers and thunderstorms, with highs in the low to mid 80s, warmer in the mid to upper 80s across the Connecticut River Valley. 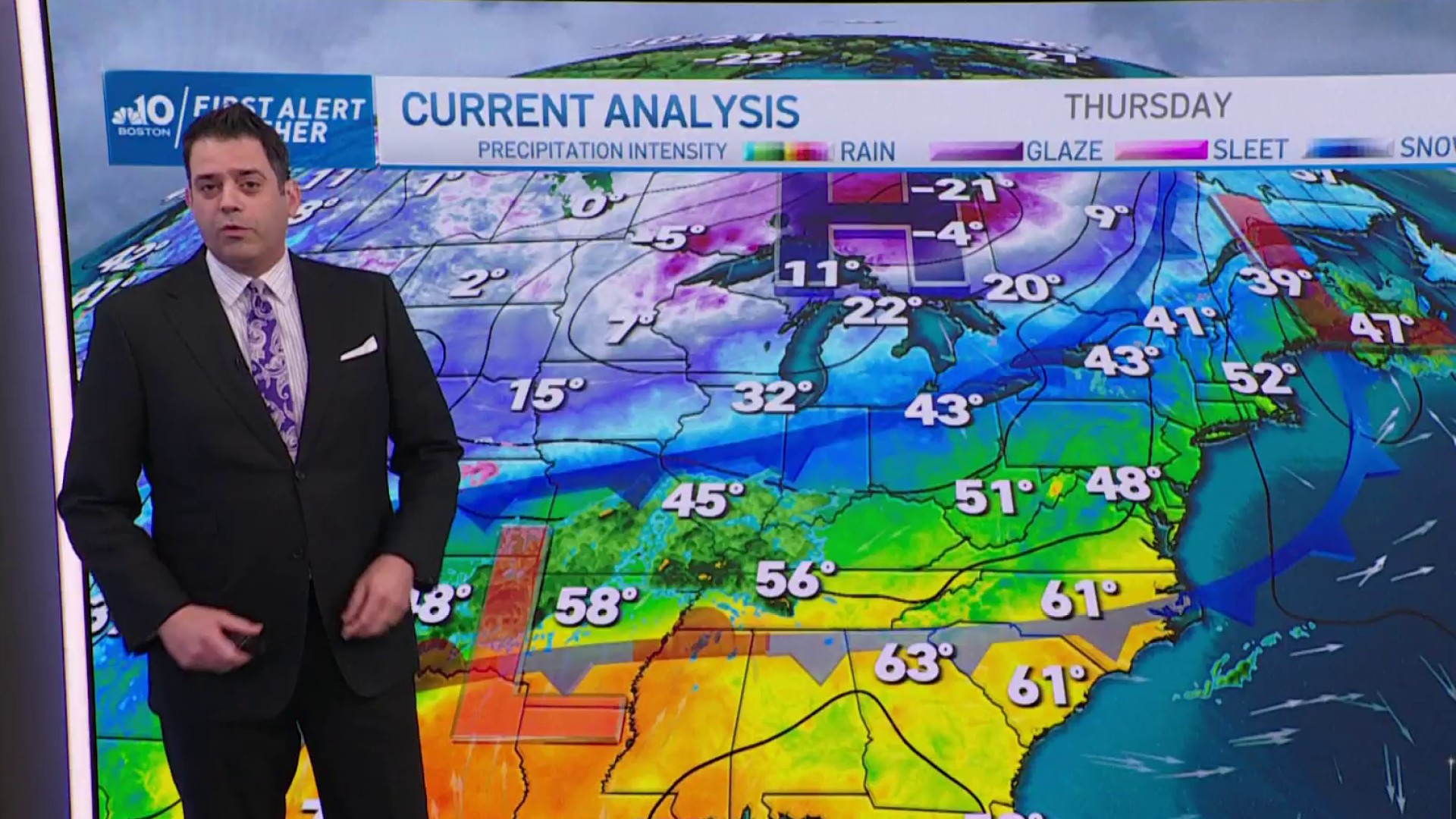 Chance of Snow in Western New England This Weekend

A three-day heat wave is possible through the rest of the week as a sub-tropical ridge pumps warmer and more humid air into New England on the exclusive First Alert Weather 10-Day Forecast on NBC10 Boston and NECN.