Our next storm system will descend across New England after midnight tonight, bringing in snow from the southwest. This is not a major storm, but the timing of it is what has triggered our First Alert.

Cities and towns across the region are preparing Monday night for the snow that will fall ahead of Tuesday's commute.

Meteorologist Denise Isaac has the scoop on the nasty wintry mix that will be messing up our commute on Tuesday.

The snow will be heavy and wet in consistency during the Tuesday morning commute. The snow then transitions to sleet and freezing rain as surface temperatures remain below freezing around mid-morning and warm air aloft tries to cut in above, from the south. The warmer air will bring a changeover to rain for the South Coast, Cape & Islands late morning into Tuesday afternoon.

The sleet mixing in with snow will make the roads slick across southern New England all morning and into the afternoon. Snow spreads farther north across central and southern Vermont, New Hampshire & downeast Maine by late morning and the precipitation should stay as all snow through the day there.

TIMELINE: Here’s When the Storm Will Blanket Your Area With Snow

With a lot of mixing expected, this will cut down on our snow totals a bit through Tuesday evening. We expect 3-4” of wet snow from Hartford, to Providence, to Boston and Brattleboro. 2-3” of snow across southeastern Massachusetts, and southern Connecticut & Rhode Island. 1-2” of snow for Cape Cod, but changing to rain in the afternoon. 4-6” of snow will be found across the Worcester hills and Berkshires. 1-2” of snow will be possible across central Vermont, New Hampshire and southern Maine.

In Worcester, a parking ban will start at 10 p.m. Monday and be in effect until 8 p.m. Tuesday.

New England is preparing for an overnight snowstorm.

People lined up at Jerry's Hardware in Worcester, with many looking for rock salt.

"It's not the snow," said Worcester resident Ed Fitzgerald. "It's the ice."

"I got a bag like three weeks ago, and it works great," added Worcester resident Pete Picard.

People in New England are preparing for a messy morning commute after a storm rolls in overnight.

Meanwhile, at Barrows Hardware in Worcester, sales are up 20% for winter merchandise this season.

"We've already sold about 1,400 shovels so far this year, which trumps all of last year's sales," said Thomas O'Connell, the assistant manager.

From shovels to snow brushes to salt, everything has been selling well.

"We're looking to order more ice melt, which we thought we had enough to get through the season," O'Connell said.

The storm heads out Tuesday evening, bringing in some colder air and a few lingering snow showers for eastern New England. We quiet down for the start to Wednesday, but an arctic front moves in Wednesday afternoon into the evening and this will trigger some snow squalls from northwest to southeast. These snow squalls can bring low visibility, gusty winds and quick accumulations on the roads. The wind will pick up from the northwest Wednesday night into Thursday. 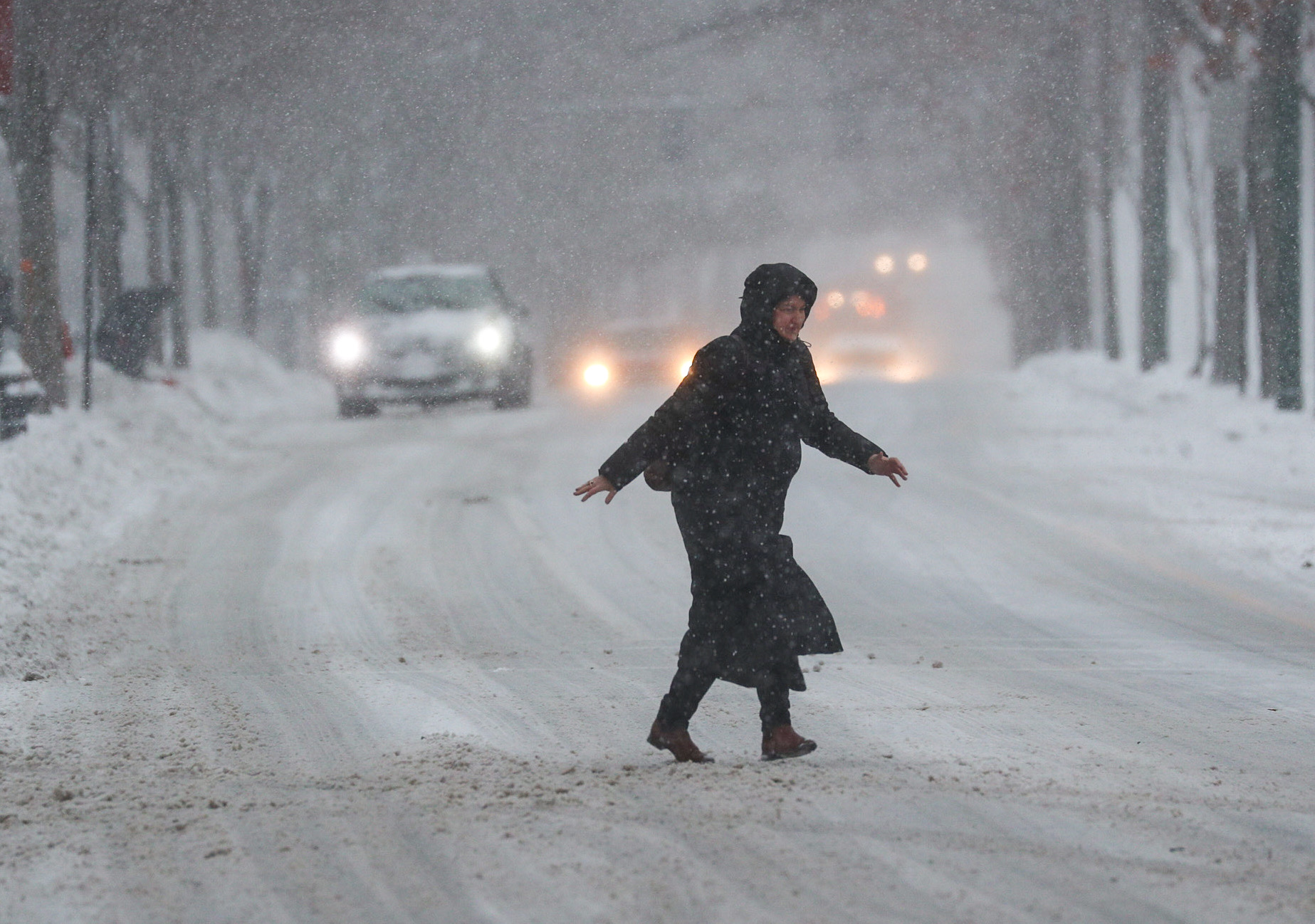 Preparing for Winter: What You Need to Know 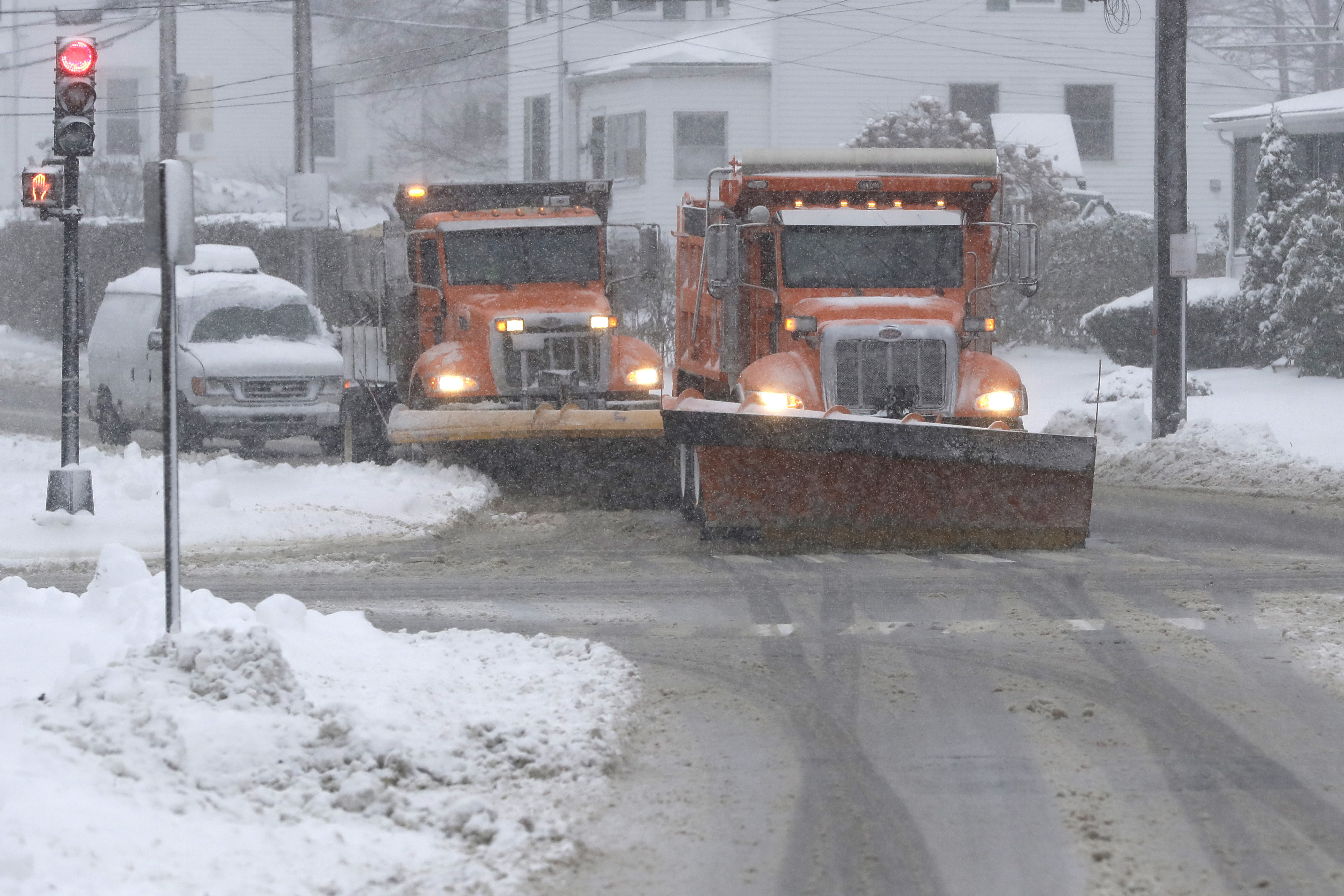 Our temperatures drop to highs in the teens and 20s by Thursday!  We have issued another First Alert for the brutal cold. Real-feel temperatures will be below zero, especially north and in the morning hours on Thursday. Everyone will feel like the single-digits in the afternoon.

Temperatures return to the 30s by the weekend, with a chance for a wintry mix late on Sunday. We don’t see any major storms for Christmas Eve or Christmas Day in our 10-day forecast.