We should see rain steering south of us for Mother's Day weekend, with a possible exception of a few isolated showers late Friday or Saturday

A rainy Wednesday precedes an incredible Thursday in New England, but the rain is needed. Most of New England is running a short-term deficit on rain, so even the quarter to half-inch that falls Wednesday will help to quench the parched ground, lower brush fire danger temporarily and suppress the pollen count for a day.

An onshore wind will combine with the cloud deck and showers to hold temperatures in the 50s for all of New England Wednesday. The gentle southeast wind will slowly carry in slightly more humid air that will breed pockets of fog near the South Coast, including the Cape and Islands, during the day.

As the weak storm center driving these showers drifts east across southern New England Wednesday early evening, showers will shut down from west to east. The wind subtly shifts to blow from the northwest to gradually dry the air enough to bring showers to a close right around 7 p.m. at Fenway Park and clouds will very slowly clear overnight.

Though some clouds may linger early in the morning on Cape Cod before clearing, most of New England dawns with sunshine Thursday morning. That leads to an incredible day. Yes, the pollen count will climb to a high level again, but so will temperatures. We're talking highs reaching 70 degrees away from the coast and 60's at the shoreline, where a sea breeze kicks up during the midday and afternoon.

Although that kind of delightful warmth likely won’t last into Friday, 60's certainly seem attainable again away from the coast. Clouds will increase on the north side of an elongated storm redeveloping from a position over the Midwest to a position off the Mid-Atlantic coast, spreading rain to the Eastern Seaboard for the weekend, but very likely to stay south of most if not all of New England.

The key to the dry weekend forecast our First Alert Team has been leaning toward all week is a huge dome of high pressure sinking southeast from Hudson Bay in Canada toward Nova Scotia. It will pump cool and dry air into New England on an east wind both weekend days, sure to keep daytime highs only in the 50s for most – perhaps around 60 inland on Mother’s Day. It will also provide enough dry air that we should see rain steering south of us, with a possible exception of a few isolated showers late Friday or perhaps a few showers at the South Coast Saturday.

That big dome of high pressure will actually become an important player in the forecast, as it won’t weaken or break down, but rather will park itself over the Western Atlantic, likely to keep much of next week dry.

With a clockwise flow of air around the huge fair weather cell, the end of the week should feature a southerly wind through most of New England. That wind will deliver warmth from the south, and while exact wind direction is always important near the coast with such cool ocean water this time of the year, inland locales should run into the 70s and maybe – just maybe – will exceed 80 degrees in spots by week’s end.

This time of the year, that can look quite possible from days out but can occasionally wash out owing to cool air and cool ocean as we get closer in time…we’ll keep you posted. 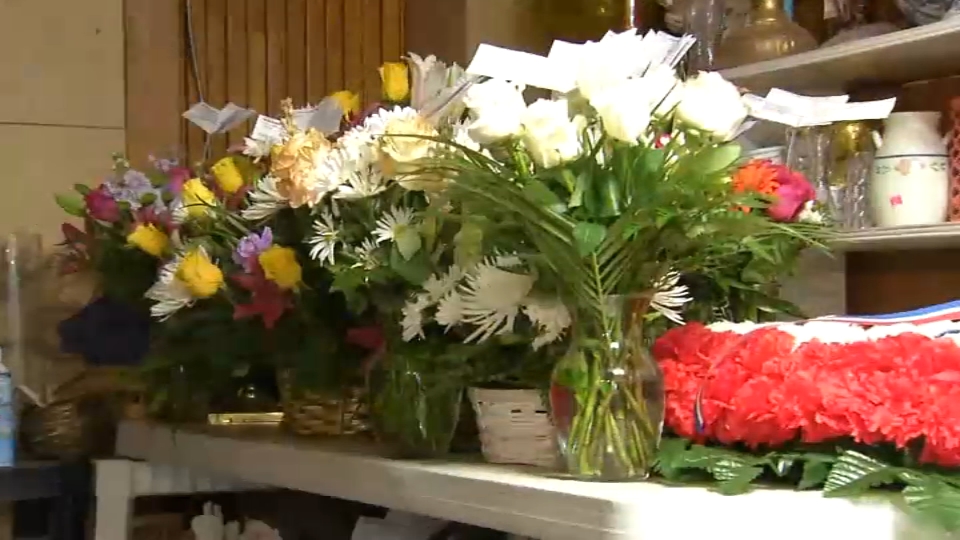 Some Flower Shops Struggling Ahead of Mother's Day

Want to Treat Mom This Mother's Day? Make It a Slider Sunday!