A rare flash flood emergency was in effect until 7 p.m. for Norwood and the surrounding Massachusetts towns

After severe thunderstorms moved through the area Sunday afternoon, we transitioned from a high wind threat to flash flooding and warnings were issued across the region. Damage was widespread and quite extensive.

The National Weather Service in Boston also issued the first flash flood emergency since 2014 -- that was during Arthur, which dropped a half foot of rain near Fall River -- for Norwood and surrounding towns, calling it a life-threatening situation.

The only other time a flash flood emergency was issued was in 2011 for parts of central and western Massachusetts during Hurricane Irene. Unfortunately, damage was significant.

Around 6:30 p.m. Sunday, heavy storms passed through the Norwood area accompanied by flash flooding that led to overwhelmed storm drains, resulting in flooding in Norwood Hospital's basement and subsequent loss of power, forcing the facility to be partially evacuated.

Hospital officials evacuated the intensive care unit and the emergency department at the facility. Around 20 patients were initially evacuated from the ICU around 7:30 p.m., and an additional 60-70 patients had to be evacuated around 10 p.m. when the power outage remained unresolved. Opening Day Is Set for Portland Sea Dogs, But Will Fans Be Allowed at Games? 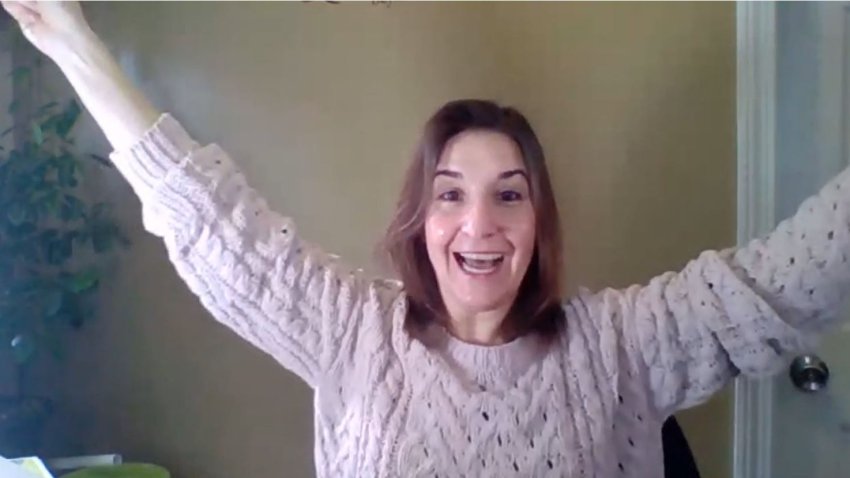 Some patients did remain in the Draper Building, the part of the hospital complex that did not lose power.

While no injuries were reported, phone and computers were down due to the flooding.

"Thankfully no one was injured as the result of the power outage, and the most critical patients were moved out of the hospital," said Tony Mazzucco, Norwood General Manager. "Crews are working to restore power back to the hospital and remove water in the building."

When the water rushed into Norwood Hospital, it also left several cars submerged in the parking lot. Hospital employee Michael Ware ran outside and grabbed his car, but he couldn't stop the water from soaking the interior.

"It was something like a movie. It was like we were running away from water,” Ware said. "It burst open all the doors in the basement, so all the water just came in at once."

"The flooding was significant, and it just came from multiple areas," he said. "But we were able to get through all of this with zero injuries."

Elsewhere in Norwood, water was seen gushing through downtown streets, with some drivers seen attempting to navigate the flooding. NBC10 Boston meteorologist advised drivers to stay off roads with flooding, noting that it only takes six inches of moving water to float an SUV.

Several spots around Norwood saw serious flooding from the torrential rains. It stranded cars, shut down roads, and caused a lot of damage. One car was stuck under a railroad overpass on Nahatan Street.

"You could look outside and all you could see was just this light blue color because you couldn't see anything, there was just so much rain," said Marisa Geary, an employee at Daddy's Dairy on Central Street, which saw a lot of flooding.

Daddy's Dairy was spared flooding, but Lewis’ Restaurant, also on Central Street, did flood and was forced to close.

The flooding and quick-sand like mud trapped cars in the parking lot of the Hampton Inn on Route 1, in what was just some of the damage from the downpours.

"I can't remember when the floods were this bad," Geary said.

Lewis’ Restaurant and other businesses Central Street businesses hit hard by the floods have been struggling to recover since the start of the coronavirus pandemic.

The flash flood emergency was in effect until 7 p.m. for Norwood and surrounding towns, and a severe thunderstorm warning remained in effect until 8 p.m. As thunderstorms continue to build one on top of another, there was a huge amount of rain in the area.

Streets in Boston's Brighton neighborhood were seen flooding and wind damage was reported in Newton, Massachusetts.

Hail was also reported in parts of the region.

Sunday’s power thunderstorms caused a massive tree to come crashing down on a home on Perry Street in Brookline.

“I was sitting on my living room sofa about ten feet away from the window and I heard this loud crackle and then a crash,” said Rachel Carlson, who was inside at the time.

A large tree branch went through her second floor window. The roof was also damaged.

Large tree roots could be seen sticking up from the sidewalk.

“The tree was right through the glass and right sticking through the window and glass all over the place,” Carlson said.

Photos from inside show the branch sticking through shattered glass.

The residents say they are thankful they were able to get out a back door.

Jay Joshi said he went down to look at the front but he couldn’t get out. Thankfully, he went out a back door.

The storm packed damaging winds, large hail and some flash flooding in many places.

In Brookline, the neighbors are just thankful no one was hurt.

“I’m so grateful there were no cars there or no one got hurt, there’s no wires, were lucky,” said Karin Welker.

Showers and storms end by midnight giving way to a mostly cloudy night with a few sprinkles and patchy dense fog especially along the South Coast, Cape Cod and Islands as well as down East Maine. Lows will be in the 60s.

Next week looks unsettled, but far from a washout, with a blend of sun and clouds and afternoon showers or thunderstorms.

Temperatures will be cooler too, in the 70s near the coast while low 80s inland, thanks to an upper level low that will keep us under a northeasterly flow until mid-week, but the humidity remains high.

We will tend to dry out as we move closer to Friday and temperatures will rebound as well, highs back into the 80s though a bit cooler near the coast during the holiday weekend.

Our exclusive 10-day First Alert forecast shows temperatures climbing back into the upper 80s and low 90s following the 4th of July weekend.