Our coldest air of the season has arrived.

We had a couple of snow showers around southeastern New England this morning that brought scattered coatings, but otherwise, it was the biting wind chill that you noticed.

The breeze sticks around all day long and temperatures stay colder than normal for this time of the year. There will be plenty of sunshine this weekend but it won't help to warm us at all.

A few snow showers or flurries are possible in the mountains thanks to upslope snow, so northwestern slopes will see some powder. Watch for ski lift delays due to the wind though.

Highs Saturday and Sunday will be in the teens north and 20s south. Wind chills both afternoons will be around zero north to the teens south.

Overnight lows tonight will be the coldest yet, with lows below zero north, to teens south.  Wind chills Sunday morning will make it feel like below zero with the gusty northwest wind.

The wind subsides a bit for Monday as temperatures stay chilly in the 20s and low 30s. 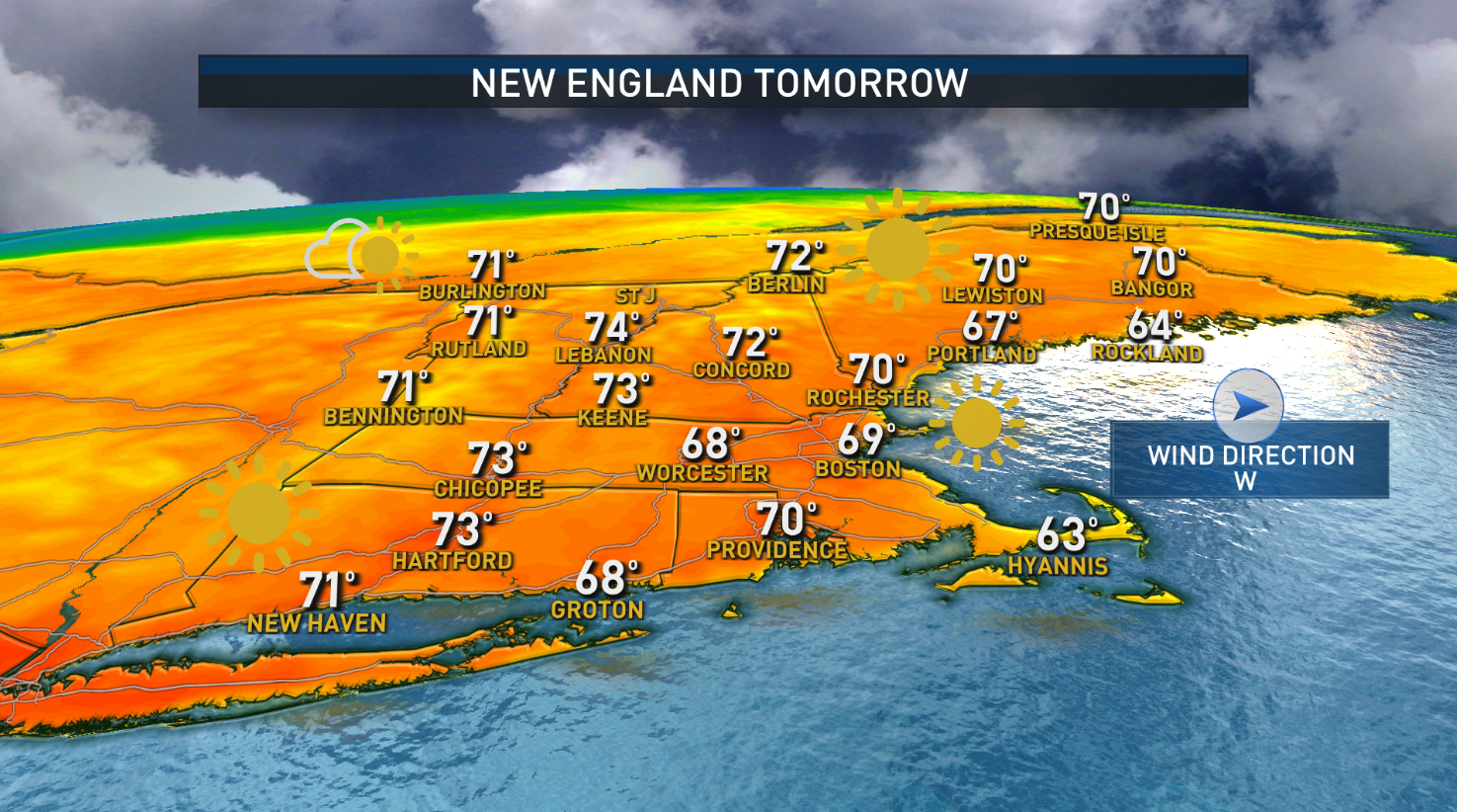 In fact, our highs all next week will stay in the 20s north and 30s south, but pretty much where we should be for the end of January.  We are still watching for a low-pressure system to pass by us south on Tuesday.

Our exclusive NBC forecast model does show a higher chance for some light snow across southern New England now as the models have trended farther north with the track.  As of now, it looks like a couple of inches of accumulation, but the track can still change so stay tuned!

The rest of next week will be dry, sunny and in the 30s.  Next weekend a storm system passes by us to our south again and right now looks to be milder so rain may be likely versus snow.