With the rain behind us, we’re focused squarely on the heat in the coming days -- it’s always something.

Hot temperatures will be the word through Friday, with the heat culminating in a scorcher Thursday. It’s then that the heat indices could climb to nearly 100 degrees in spots. This late in the summer, it’s old hat. We’ve heard the drumbeat of “hydration, A/C and taking it easy” for three months. So let’s skip the formalities and cut to the chase.

It will cool down by Friday night.

What’s interesting about this cool down is the cool front moving at a snail’s pace through the Great Lakes. It will take until Friday afternoon to cross New England. Fast forward to the fall, and this front likely would cut that travel time in half. But our jet stream isn’t nearly close to autumn form, so we sit in the heat for a few days.

Offshore Storm Will Build Up Waves This Weekend, With Brighter Skies, Warmth 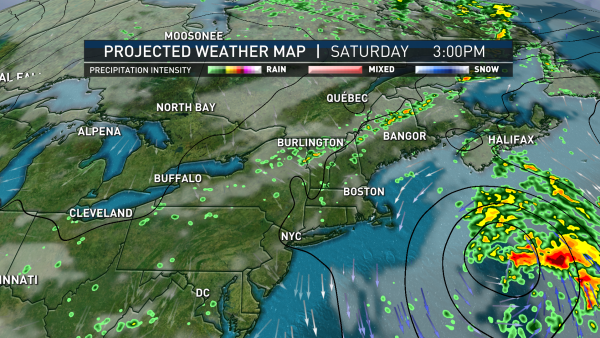 Overall, the pattern is pretty mellow. We have a few shower chances, but there isn’t any all-day rain that we’re tracking. And there isn’t a lot of heat in the extended period. We have another fresh, dry air mass waiting in the wings to drop us into the 70s next week also. No, I’m not saying summer is over, but the sunsets are inside 7:30 p.m. now.