While most storms Tuesday afternoon through evening contained heavy rain and lightning, the stronger of the later-day storms had the potential for pockets of damaging wind gusts

Much of Massachusetts, including the Boston area, as well as parts of Rhode Island, Connecticut and Maine were under severe thunderstorm warnings Tuesday afternoon and evening as an intense storm threatening damaging wind moved into New England.

Our NBC10 Boston and NECN Weather Team has declared three First Alerts for impactful weather in the coming days: Tuesday for heat, humidity and storms; Wednesday for late-day storms; and Friday for impact from nearby Tropical Storm Elsa.

A severe thunderstorm watch was issued for all of southern New England, with the exception of Cape Cod and the Islands, until 8 p.m. The watch goes up until 10 p.m. for Fairfield, New Haven, Middlesex and New London counties in Connecticut.

A watch means conditions are favorable for severe thunderstorms to develop. A number of severe thunderstorm warnings cropped up through the afternoon and evening -- a warning means a storm is imminent or occurring, and that is when you want to seek shelter indoors, away from windows.

Damaging wind gusts were the primary threat in storms that developed Tuesday, along with frequent lightning and torrential downpours.

We have you in First Alert again Wednesday for another round of thunderstorms, some of which could become severe. The main timeframe of concern is 1 to 9 p.m., and once again, damaging gusts will be the biggest threat. Keep an eye to the sky and monitor for warnings on-air, online and on your mobile device.

Behind the cold front, a new air is likely Thursday for much cooler temperatures, though humidity will linger in far southern New England and the cold front will stall nearby.

As our team has mentioned over the last few days, the nearby, stalling front with an approaching storm center from the west would have delivered unsettled conditions Friday anyway, but the close passage of Elsa raises the stakes.

Elsa will infuse tropical moisture into the rain Friday, making over an inch of rain likely, and tropical storm-force wind are expected near and southeast of the storm track, so if Elsa tracks over Cape Cod or the Islands, that would raise the odds for 50 to 60 mph southerly gusts Friday and 10 to 20 foot seas.

If the storm nudges a bit farther southeast, the impact is greatly reduced, though rain would still be expected.

By Saturday, the sun returns, and Sunday brings more clouds but probably not much rain, with the chance of showers increasing Monday on the front edge of returning humidity and warmth our exclusive First Alert 10-day forecast shows setting up for the middle and end of next week. 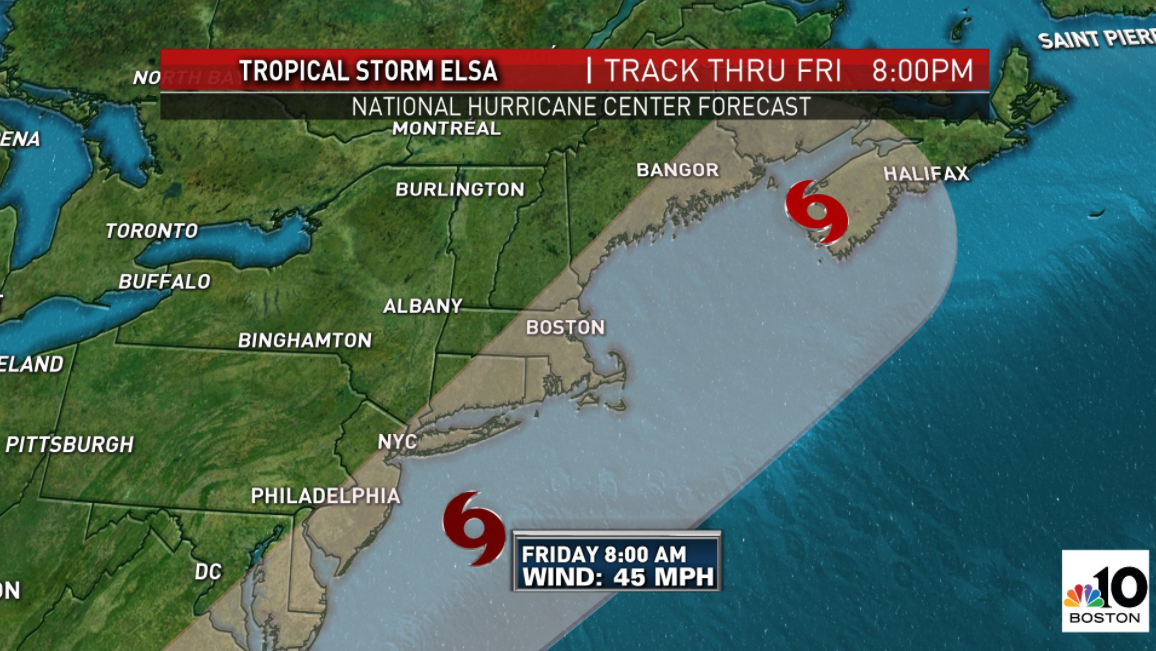 When and Where Tropical Storm Elsa Could Impact New England 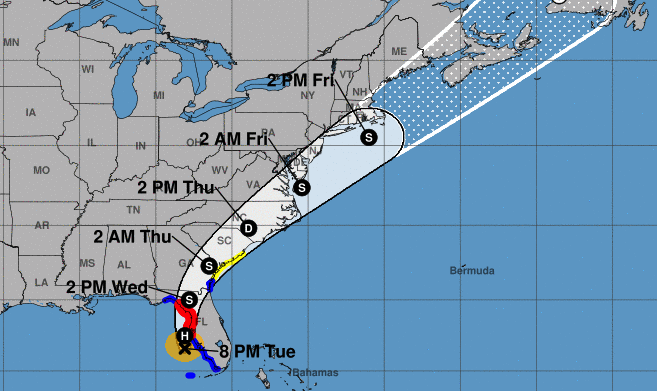 Elsa Downgraded to Tropical Storm Ahead of Florida Landfall