Clouds and Rain for Saturday Morning

Highs will be cooler than yesterday as a result of the rain and clouds, reaching 50s to 60s.

We have a split weekend once again with rain today and a drier weather for Sunday.

Clouds and areas of patchy fog are around New England, with a few showers north and west.  The rain fills in from west to east as the morning and afternoon goes on.  Couple thundershowers are possible as well.

The showers continue through evening, then shut off after 5 p.m. from west to east.  Periods of lulls in the rain may occur, then the showers get heavy, and the pattern continues.  Far northern New England and far northern Maine could see a light wintry mix.

Highs will be cooler than yesterday as a result of the rain and clouds, reaching 50s to 60s.  We receive about half an inch of rainfall through today.  Highs on Sunday will be milder in the 60s and mostly dry for the South Boston and Scituate St. Patrick’s Day parades.  An afternoon pop up shower is possible as a weak boundary wraps around the parent area of low pressure in Canada.

Next week our temperatures consistently stay in the 50s or 40s in northern New England, so slightly above normal.  High pressure builds in and we are breezy and seasonable for Monday and Tuesday.

Wednesday into Thursday we have a low pressure system heading in and it brings in rain with a possible chance for snow…but it’s too early to determine if that cold air will be locked in enough and especially for southern New England.  Even if we see a quick shot at snow, it wouldn’t stick around long as temps return to around 50 through next weekend. 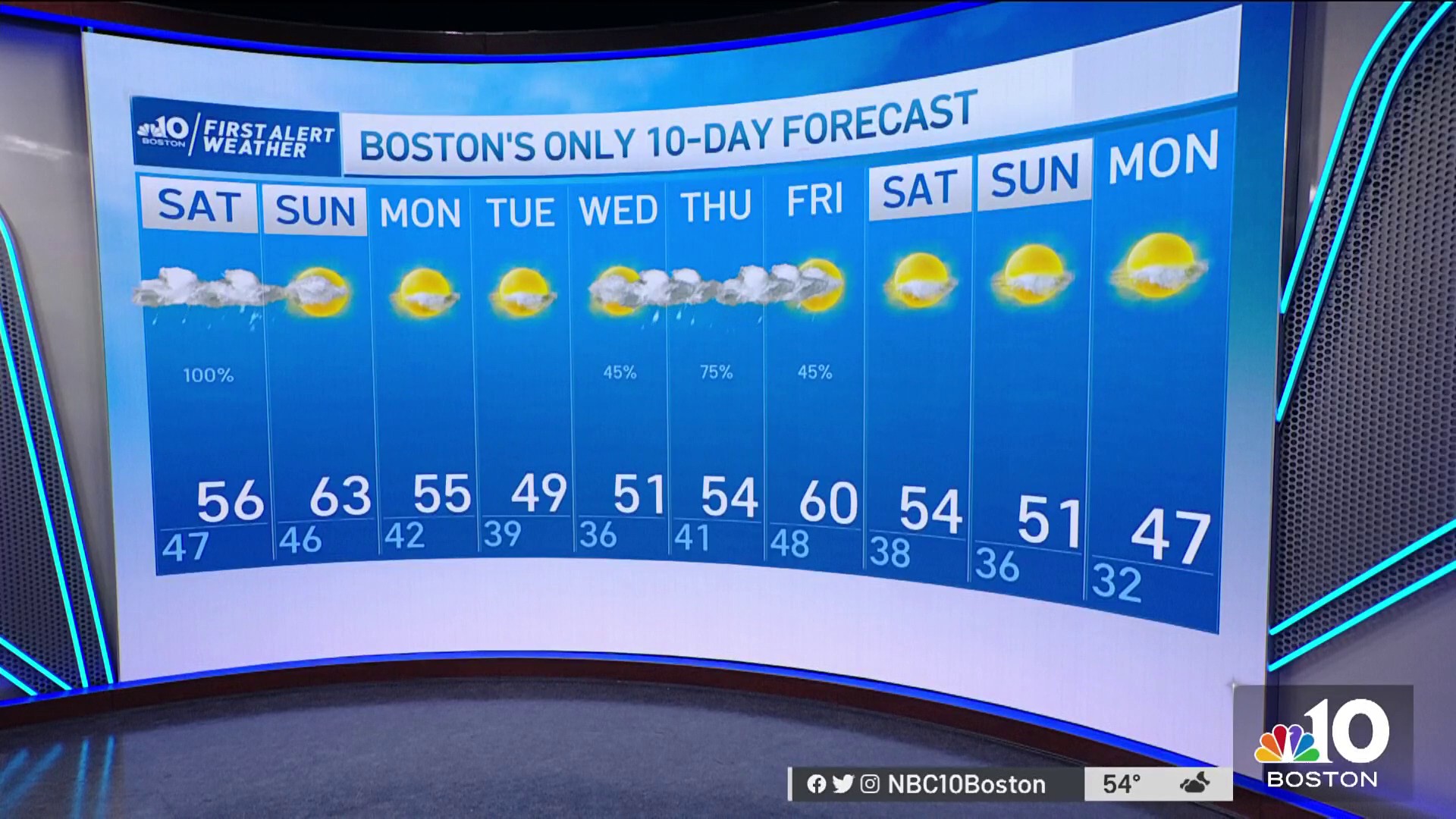 Weather Forecast: Highs in the 50s This Weekend 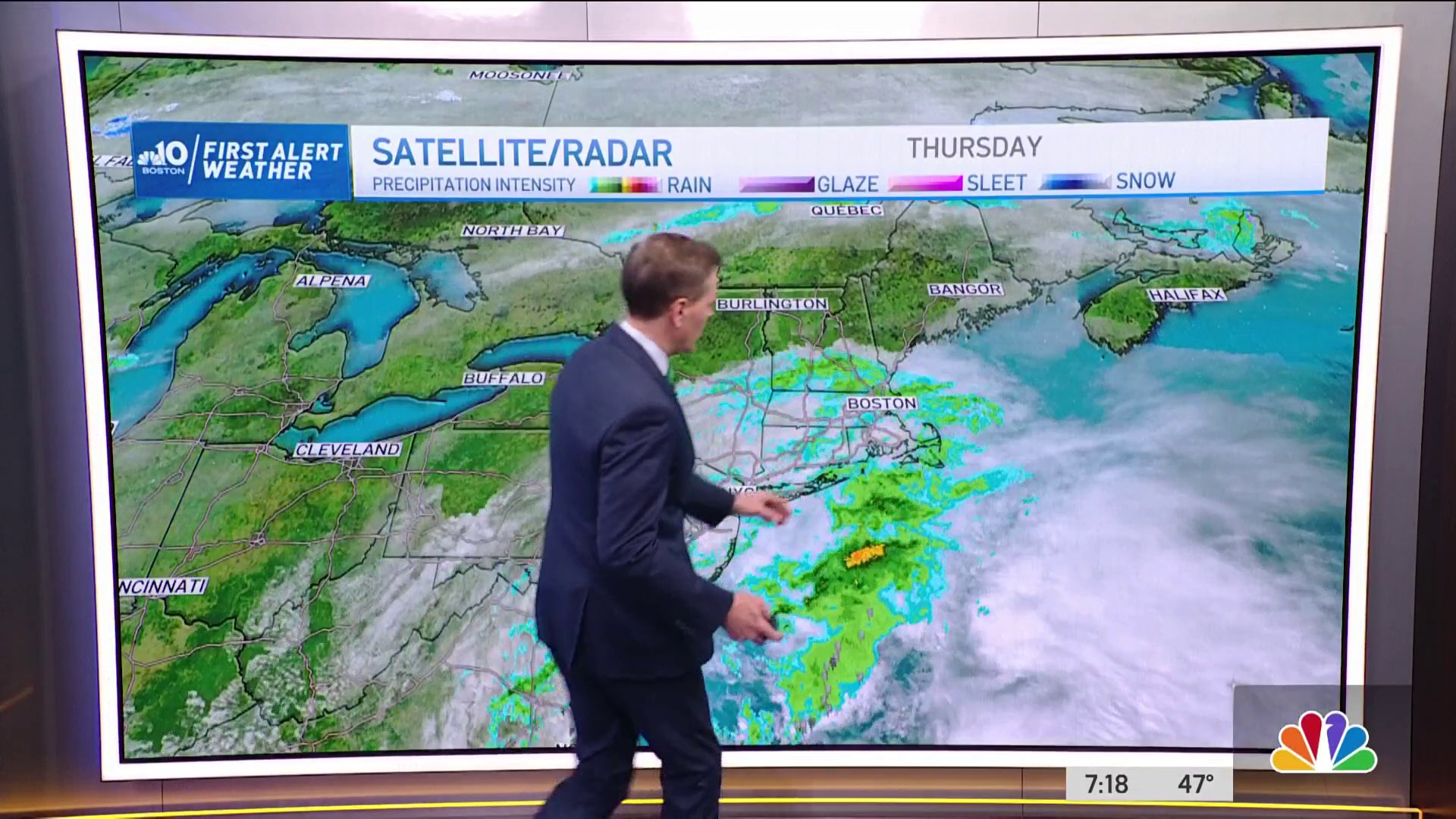