The weather system that brought us our Thanksgiving rain has left a week of moisture and clouds behind, lingering again Saturday.

With mostly cloudy skies, we are mostly dry; however, there are a few showers, mixed with snow at the highest elevations. Temperatures are in the 40s north and 50s south and wind is generally from the west at 10 mph.

Drier air finally arrives Saturday night with a clearing sky. We should have a beautiful view of the almost-full Beaver Moon; also the planets are putting on a great show.

Low temperatures Saturday night will be in the 20s and 30s north, 30s to lower 40s south with spotty frost.

High pressure takes over Sunday with plenty of blue sky and temperatures will be back to the 40s, lower 50s. The wind will be light from the southwest.

A front stalled over the Gulf of Mexico will start moving north with low pressure developing over the southern states Sunday night and first thing Monday. That storm is going to intensify and move to our west Monday night. It is a powerhouse system, with wind possibly gusting past 65 mph in New England Monday night.

There is a tropical connection, which means downpours and thunderstorms could bring some flooding rain, possibly in excess of three inches, on top of the two rain storms in the last six days. 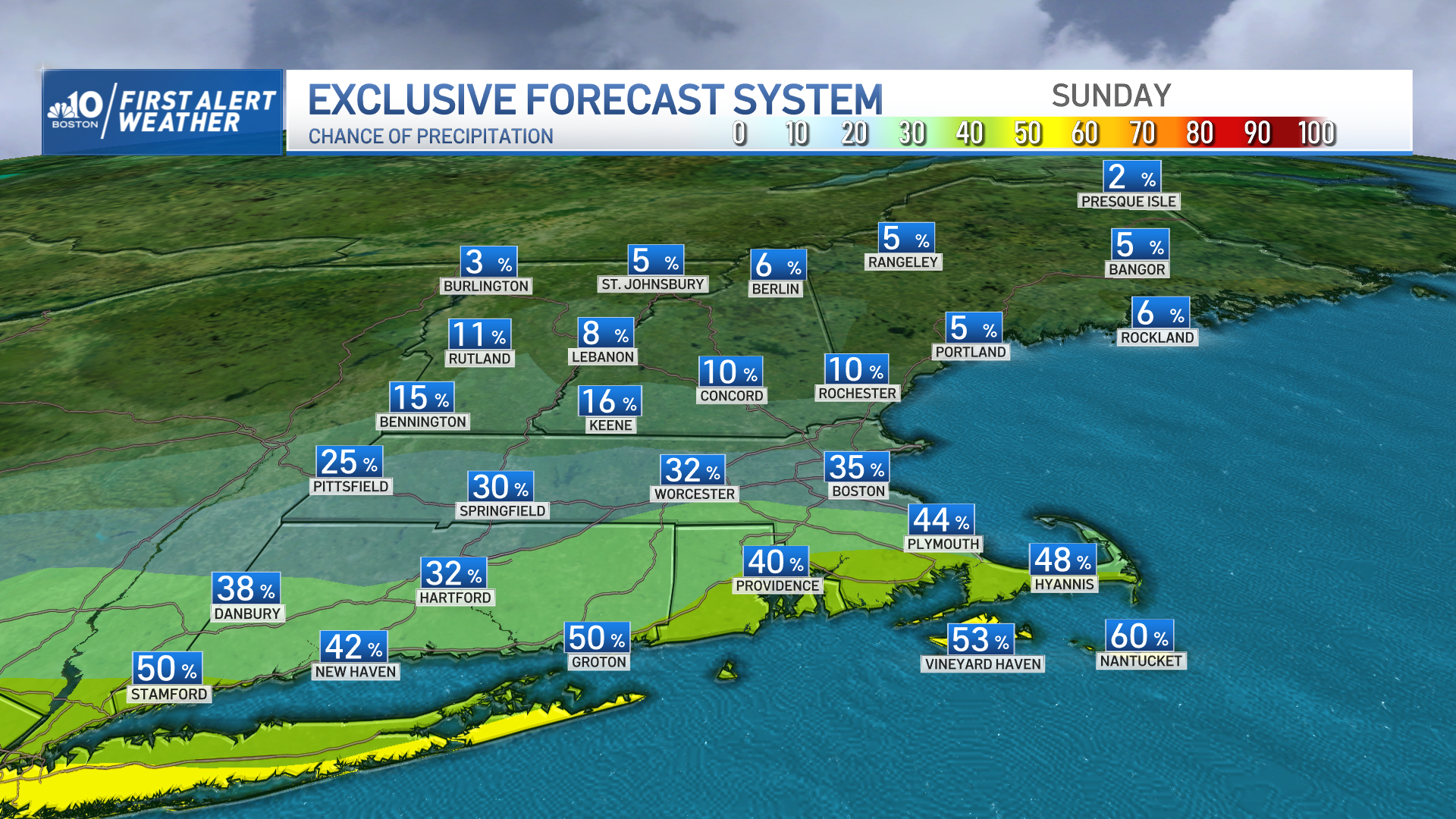 Even though there is a full moon on Monday, the tides are not running that strong, but the wind is so powerful that we will have coastal erosion and possible minor coastal flooding at the high tide midnight Monday night and midday Tuesday, and maybe again midnight Tuesday.

Wind will gradually decrease with some brightening later Tuesday afternoon, with temperatures close to 60 degrees. The worst of the storm looks like Monday night and first thing Tuesday.

A lingering upper level low pressure system will be here for the middle of the week, with many instability clouds and a few showers, and even some snow showers in the mountains with the temperature back down to the more seasonable 40s.

There’s also a chance of another fairly potent coastal storm next weekend; we’ll keep track of it all here in our First Alert 10-Day Forecast.