We’ve had cooler temperatures today with overcast skies and some sprinkles. A high-pressure system over Nova Scotia that’s providing the onshore flow and the cloud build-up.

This evening we’re watching some breaks in the cloud cover supported by drier air that filters into eastern New England. The onshore winds have been gusting from 15-20 mph in some spots allowing seas to rise between 4-6 feet. A small craft advisory will remain in effect until tomorrow while the risk for some minor coastal flooding will continue in vulnerable locations.

For tonight, we’re not expecting much of a change; we’ll be dropping into the upper 50s and low 60s as the high-pressure center remains offshore to the east, flowing to the west producing a layer of incoming clouds.

Northern areas could be watching lows drop into the upper 40s to mid 50s with a mostly cloudy start to the day tomorrow and showers entering Connecticut by late morning.

These showers will be scattering into Massachusetts and southern New Hampshire through the afternoon and are likely to make their way into Fenway Park for the Red Sox between 4 p.m.- 6 p.m. but thankfully weakening for the second half in the late evening, we’re likely to enjoy a dry game.

And last but not least, we’re watching the Boston Marathon forecast on Monday as we’ll enjoy a mostly dry day with periods of sunshine and east-north-east wind. It’s possible that some sprinkles pop up in the early morning but are likely to disappear by 9 a.m. -10 a.m.

As far as temperatures go, we’ll stay in the 60s through Monday but make an increase into the 70s by Tuesday that will last throughout the entire week.

Take a look at our exclusive 10 Day forecast to watch ahead into next weekend and plan your outdoor activities. 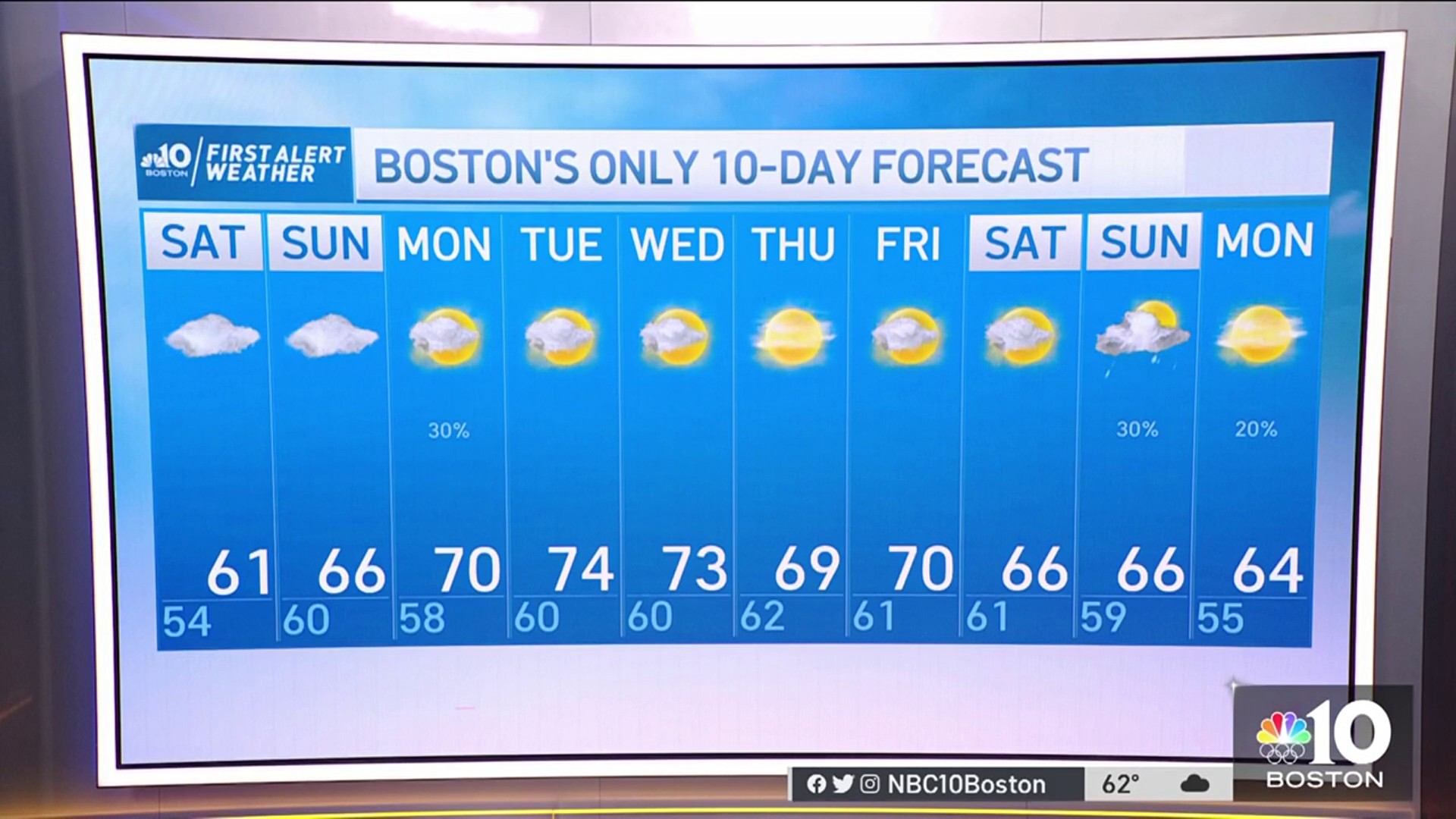 Weather Forecast: Cloudy With Highs Near 60 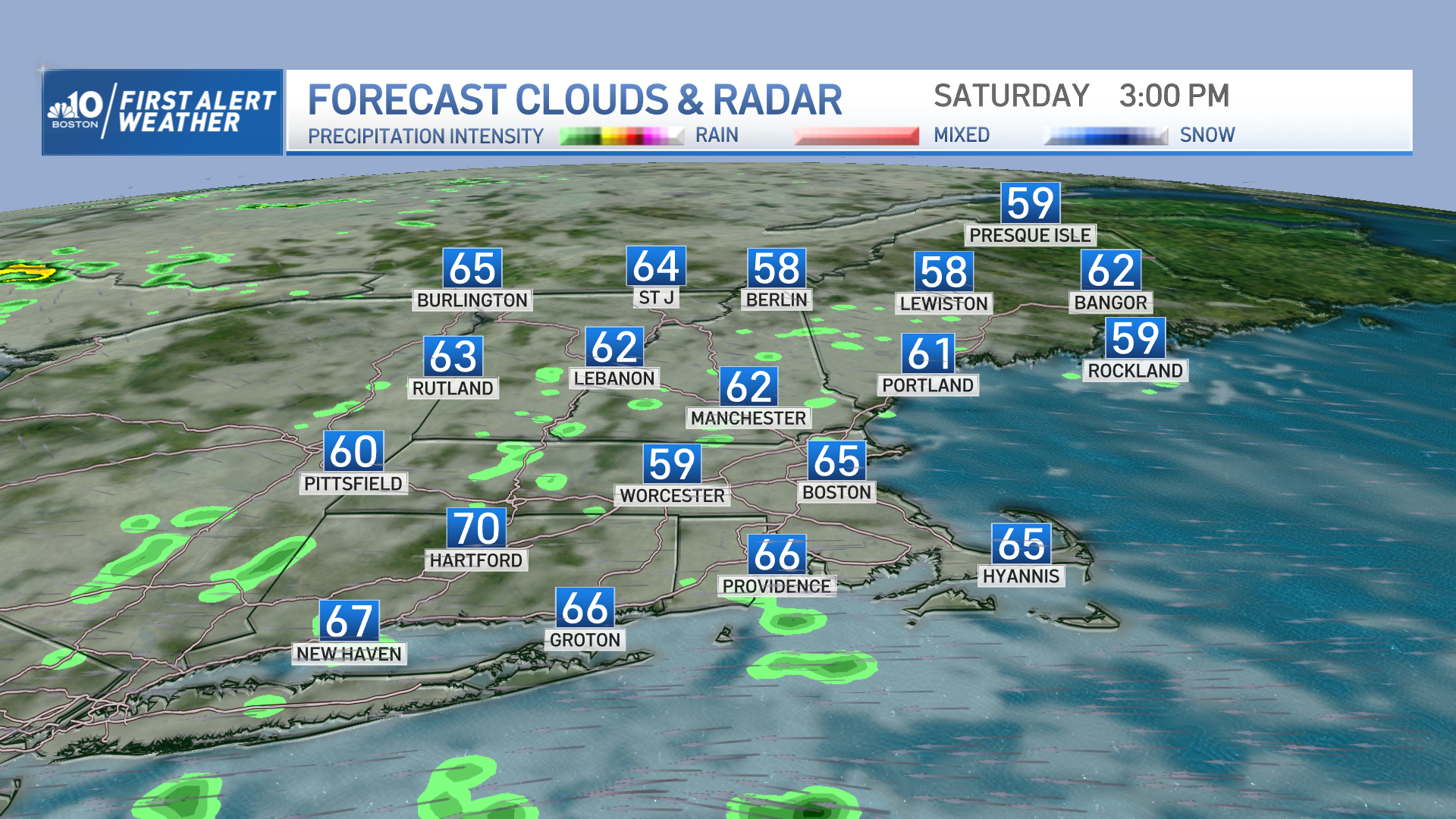