Today, we have more clouds than sunshine, the temperature is holding around 50 degrees for most

For as warm as it was the past week, it’s going to be that much colder the upcoming week.

We have a brand new air mass from Canada that is mostly going to be in charge through Halloween weekend. The details are a huge challenge, for example we thought today would be a brighter day, instead we have more clouds than sunshine, the temperature is holding around 50 degrees for most.

The cold front that went by last night has stalled south of New England, and is going to inch back toward the north tonight with rain showers along the south coast after dark. One impulse of energy is going to move away from the south coast tomorrow leaving cloudy skies for Southern New England. But another piece of energy will be crossing Vermont, New Hampshire, and Maine with rain, mixed with snow at the higher elevations toward the Canadian border. 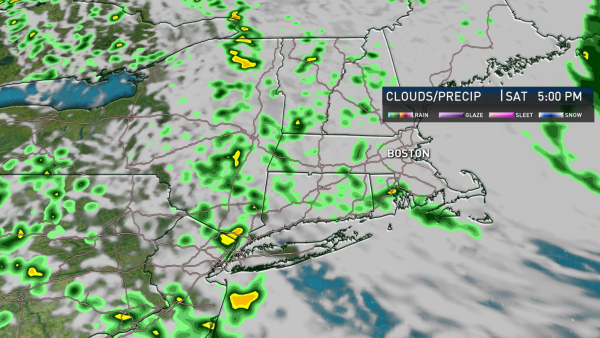 Cloudy, Cool Today, But That Changes for Mother's Day 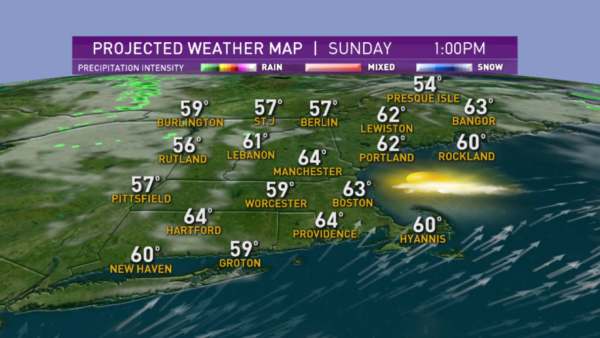 Here's What to Expect From the Mother's Day Forecast

And that’s how it’s going to be all week long, waves of energy ejecting out of a trough in the middle of the nation bringing a mixture of rain and snow at times to New England. One of the coldest air masses on record for the month of October is bringing snow to Colorado today and tomorrow.

That weather system is going to cross the deep south with snow and ice all the way to Texas and Oklahoma. And as we watch Hurricane Epsilon move into the north Atlantic, a new tropical storm named Zeta is coming into the Gulf of Mexico early this week.

That Colorado snowstorm, and Zeta are likely going to merge and bring us a significant dose of wind, rain, and snow for a couple of days before Halloween.It’s a long road between here and there, generally a cool gray and damp week lies ahead, and Halloween weekend likely turns dry and cold as seen in our first alert 10 day forecast.