It'll be a cold start to the work week with temperatures starting out in the teens south, single digits and below 0 across the North Country. You’ll definitely want to make sure you grab the gloves, hat and scarf as you head out the door!

We’ll see some sunshine this morning, but it will be replaced with clouds this afternoon as an Alberta Clipper (a fast moving and usually energetic system, which is usually derived in Alberta, Canada) approaches the region from the west. Highs will range from the mid 20s to low 30s south, upper teens to low 20s north.

Tonight we’ll see light snow showers developing from west to east as the Clipper passes through northern New England. By Tuesday morning, we could see a coating to an inch or so of snow across the area, with the highest amounts confined to the higher elevations of southern and northern New England.

Snow showers will wind down later Tuesday morning across the south as the system races through northern New England. We may even see precipitation ending as brief period of rain and sleet south of the City of Boston as temperatures rise close to 40 degrees.

Across northern New England, an additional inch or two is possible across the higher terrain and across portions of eastern Maine before winding down late in the day.

Arctic air moves back into the region Wednesday and sticks around through Thursday before moderating a bit by Friday. From there on in, the forecast gets a bit tricky.

We are tracking energy along the northern jet stream and a disturbance along the southern jet stream, which may or may not phase together off the eastern seaboard.  There is still a lot of uncertainty on how this will play out being four days away! 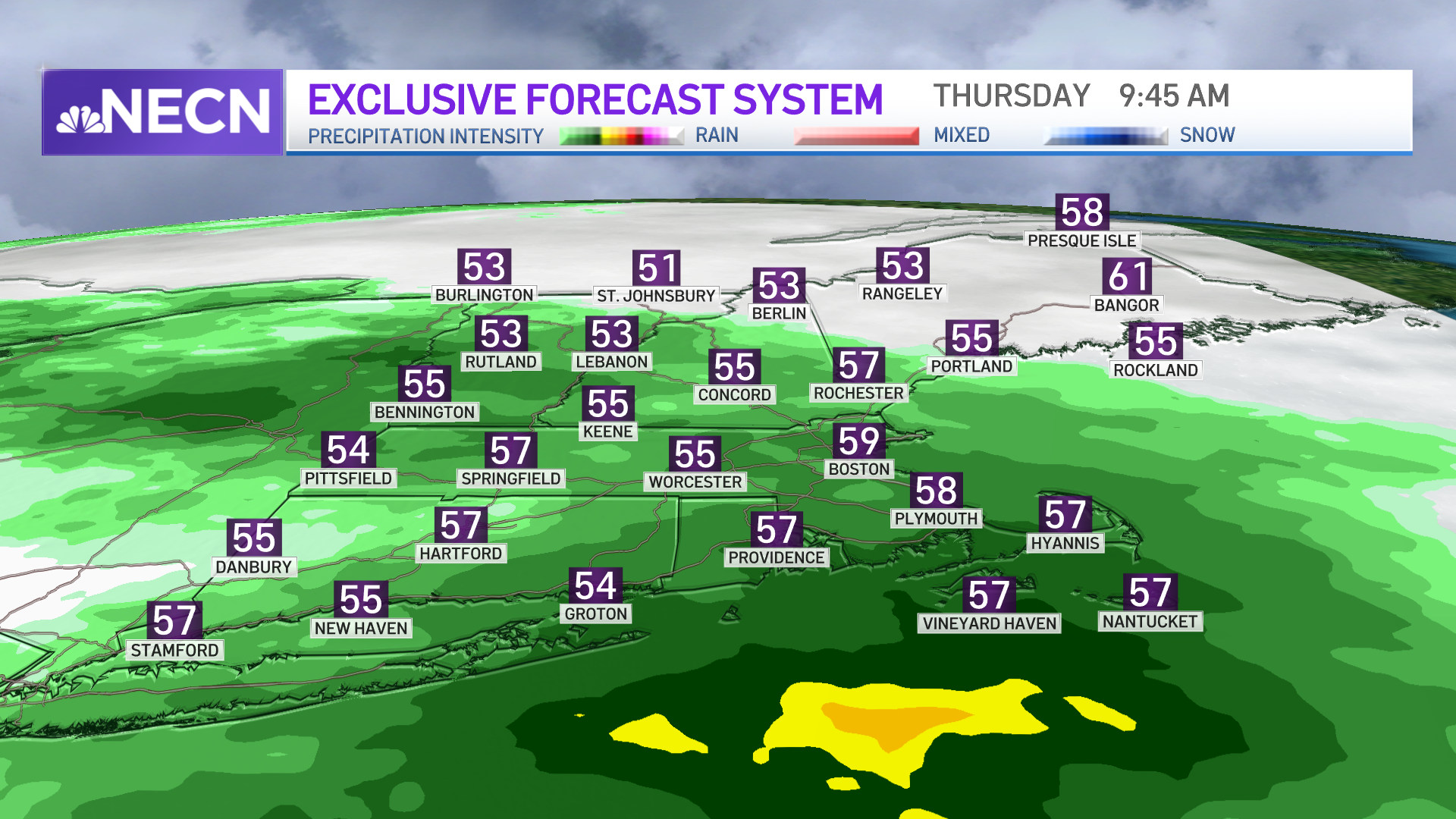 Your First Alert Team will be monitoring this closely as new information comes our way…Have a great day!