Cool Weekend Ahead With a Chance of Rain Showers

A splendid Thursday is the best of the next several days. A strong storm center over the Central Plains, responsible for spreading severe thunderstorms and tornadoes across the Plains and southeast U.S. to end the week, is churning slowly east toward the Mid-Atlantic coast.

New England is expected to remain on the far northern periphery of the storm, which means minimal direct impact. There is certainly plenty of indirect impacts, however, to our forecast in the days ahead.

The trend over the last day in the forecast has been to stall this storm for several days near the East Coast, and perhaps even see it back westward for a time next week. This will keep rain going for several days to our south, but also will mean a propensity for an onshore wind here at home, blowing over a still-chilly ocean water.

In the short-term, Thursday’s sunshine will precede increasing and thickening clouds Thursday overnight that will yield a cloudy Friday. Most of the rain-producing clouds Friday will be south of New England, but scattered showers will likely sneak into CT during the day. A few sprinkles are also possible elsewhere in southern New England.

Wind will be light and variable, affording a sea breeze near the coast. The increased cloud cover will hold temperatures shy of Thursday’s run to 70 degrees, though most communities will likely still exceed 60.

The strongest northward push of moisture from the storm to our south will come as it repositions toward the Mid-Atlantic Friday night into Saturday. This will likely push showers into CT, RI and the Cape and Islands, with a greater-than-50% chance of at least a few scattered showers reaching as far north as the Mass. Turnpike.

Saturday really should feature a pretty sharp northern cut-off to the rain with drier air steadily moving into New England on a strengthening northeast wind. This will limit just how much northward progress the showers can make, but it will also keep temperatures cool with highs in the 50s.

Sunday, the cool and dry air should take even stronger hold of New England, pushing the northern edge of showers south of almost all of the six-state region. There may be a few stray showers near the South Coast.

High temperatures again will hold in the 50s and sunshine will likely be at a premium in southern New England. Northern New England doesn’t get a direct ocean wind with a northeast flow, so it actually ends up a bit sunnier and in the 60s.

Early next week probably starts on a similar note. The stalled storm to our south will promote a cool northeast wind that will bring varying amounts of clouds with limited rainfall, so long as the storm’s rain shield remains south of us as currently predicted. Though at times, the ocean wind flow could pick up enough ocean moisture for sprinkles or light showers to develop. It’s a bit early to say for sure.

Regardless, there’s potential for a big warm-up at the end of next week. That warmth can’t get in here unless the stalled storm either weakens to allow a warmer wind to blow, drifts far enough south for warmth to spill over the top of the storm or drifts east and away. So, for now, some amount of warming is likely, but our First Alert Team will keep close track of just how warm the end of next week ends up. 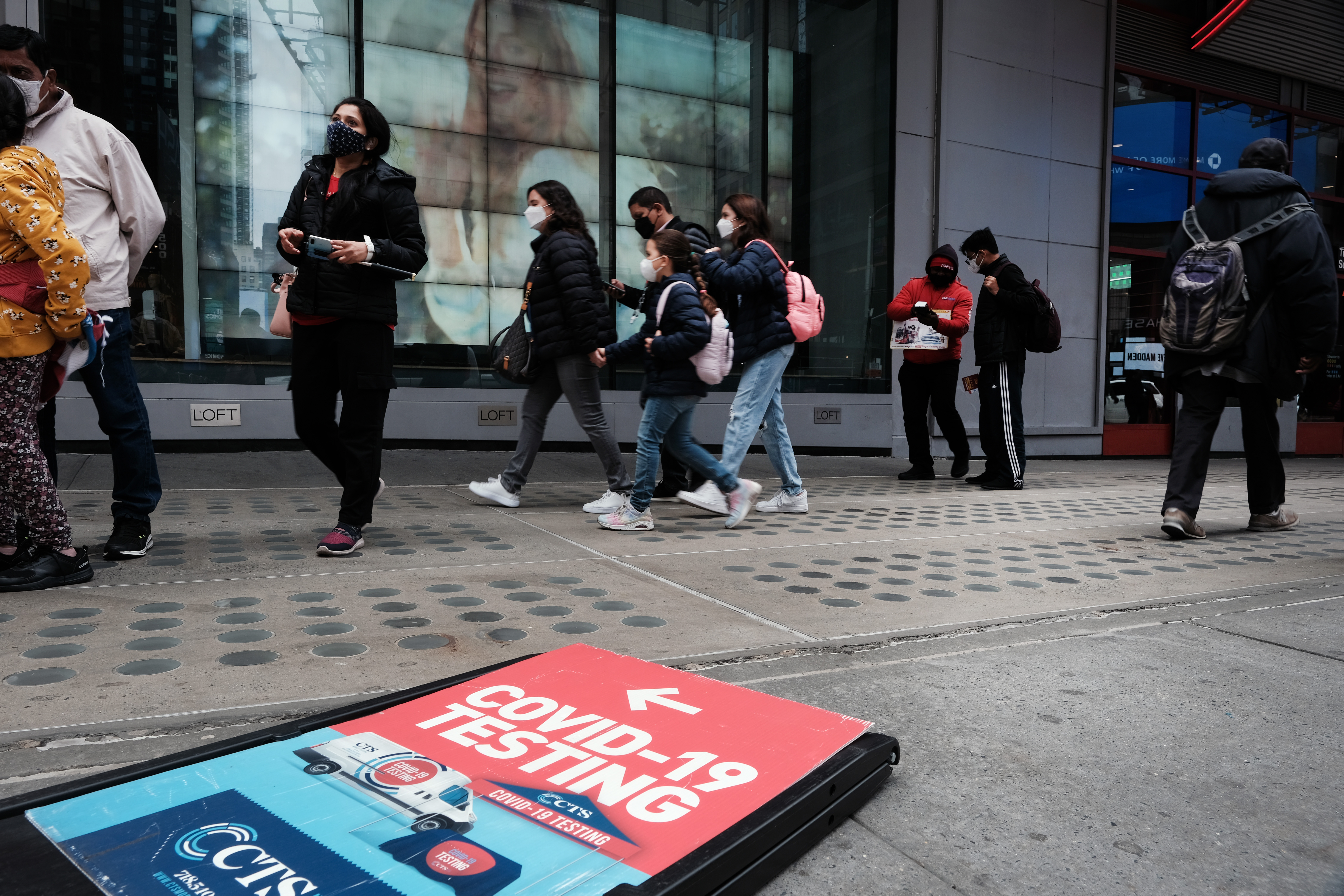 Most Contagious COVID Subvariant Yet Fueling 5th Wave in NY. Could We Be Next?