There is potential for damaging wind gusts in torrential downpours as storms move into northern and western New England this afternoon.

The dense fog this morning was caused by a warm front right over southern New England. As it tracks to the north and east, we finally get a wind coming in from the south, with a return to more summer-like weather for most of the region.

The exception is in eastern and northern Maine, which had the best weather the last few days, but is now experiencing fog and showers. Meanwhile, the rest of us have a mix of sun and clouds with temperatures jumping back to the 80s and high humidity.

However, there’s a weak trough coming across New York generating another round of thunderstorms that are moving into northern and western New England this afternoon. There is potential for damaging wind gusts in torrential downpours with these storms, moving from northwest to southeast around dinner time.

The storms evolve into a broken squall line from western Maine to central Massachusetts and Connecticut toward sunset. Then the showers and storms should diminish as they press to the south and east during the night.

It’s humid overnight, with low temperature only in the 60s to low 70s, and patchy dense fog toward morning.

Anywhere that starts gray tomorrow should turn bright. Our Thursday looks like it could be the nicest day of the week with a good amount of sunshine and high temperatures well into the 80s.

Winds are mostly light from the south and southwest, but it may be so weak that there is a seabreeze, cooling the beaches a little bit with a threat for a scattered shower or thunderstorm. 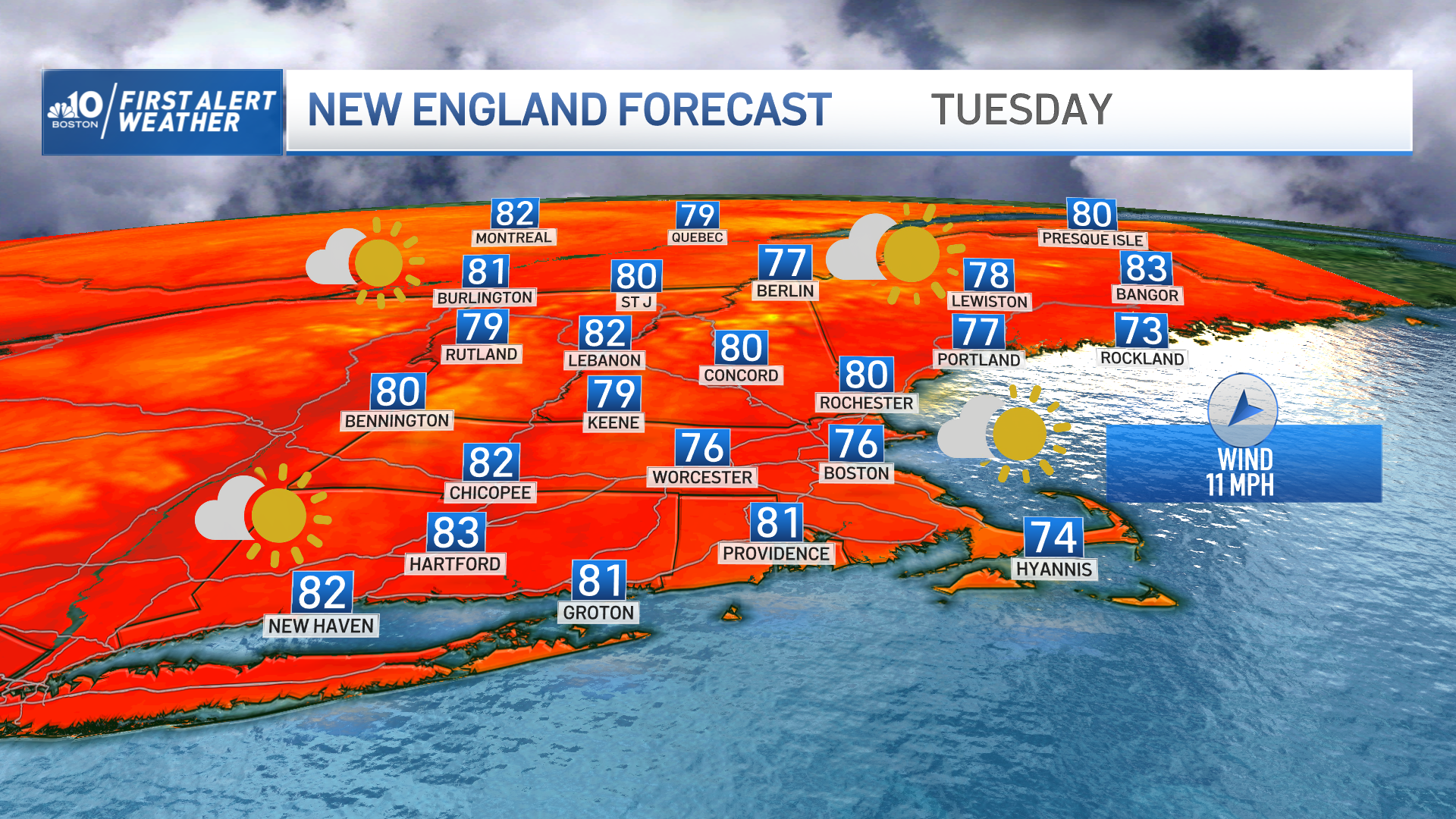 Pleasant Start to Work Week With Chance for Storms Ahead

The next front upstream comes in late Friday. That means most of Friday is pretty good too, with sunshine and hot weather, close to 90° and very humid with a chance of an afternoon thunderstorm.

The problem for the weekend is the front coming Friday night that is going to stall across central and southern New England with waves of energy coming through. That will mean possible showers and thunderstorms.

It’s too early to tell exactly the timing, but it looks like the first thing Saturday and maybe later Sunday could be the best part of the weekend.

There’s also the possibility that we end up with localized rainfall greater than one inch, perhaps challenging the record for all time wet July in portions of New England. Stay tuned to our First Alert 10-day forecast for latest in this volatile weather pattern.