Clear Skies Before That Early Sunset, Thanks to Daylight Saving Switch

After a frosty and cold start, we’re expecting Sunday to be another beautiful fall day for much of the region.

The only issue we’ll have is some mid- to high-altitude clouds passing through southern New England courtesy of a developing ocean storm well to our south.

We won’t see any issues weather-wise from it, but due to an astronomical high tide Sunday, we could see some minor flooding late in the morning through early afternoon during the high tide cycle.

Highs Sunday reach the low 50s south, upper 40s to low 50s north. Overall, it looks like a great day to get out and do some leaf-raking or any other outdoor activities.  Also, keep in mind the Daylight Saving Time has ended, and that sunset will be an hour earlier Sunday evening -- around 4:29 p.m.

A partly cloudy sky prevails Sunday night, so we’re not expecting lows to be as cold as the past few nights, especially across southern areas. Most of the area remains dry, with the exception of Nantucket, where we could see a shower or sprinkles sneak in as low pressure tracks well southeast of New England. Chances of fog in a few areas may develop as well. Lows will be in the 30s south, a few 20s where cloud cover is thin, and mid 20s to low 30s north.

On Monday and beyond, we start to warm up as a ridge of high pressure builds over the eastern portion of the United States.

Highs Monday will push 60 degrees across the south, mid 50s north. By Tuesday, much of southern New England will break into the 60s, with a good deal of sunshine!

A weak cold front will pass through the region late Tuesday into Wednesday without much fanfare south. Along the northern New England/Canadian border, we could see some shower activity, especially across northern Maine, where rain showers may end or mix with snow Wednesday morning! Meanwhile, the rest of the region will remain mild with temperatures in the 50s through the end of the week with the next chance for precipitation arriving by the weekend.

Enjoy the rest of your weekend! 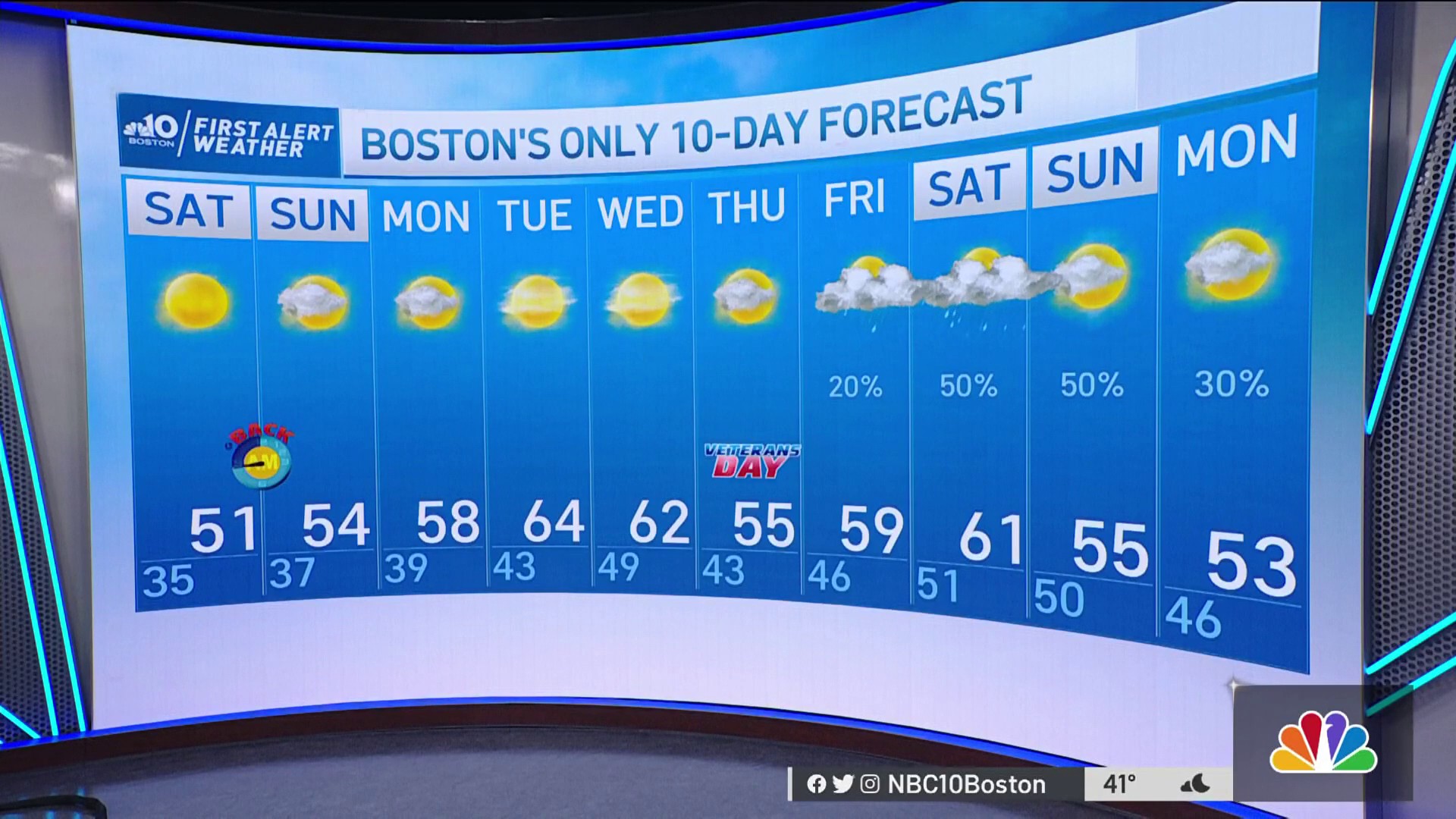 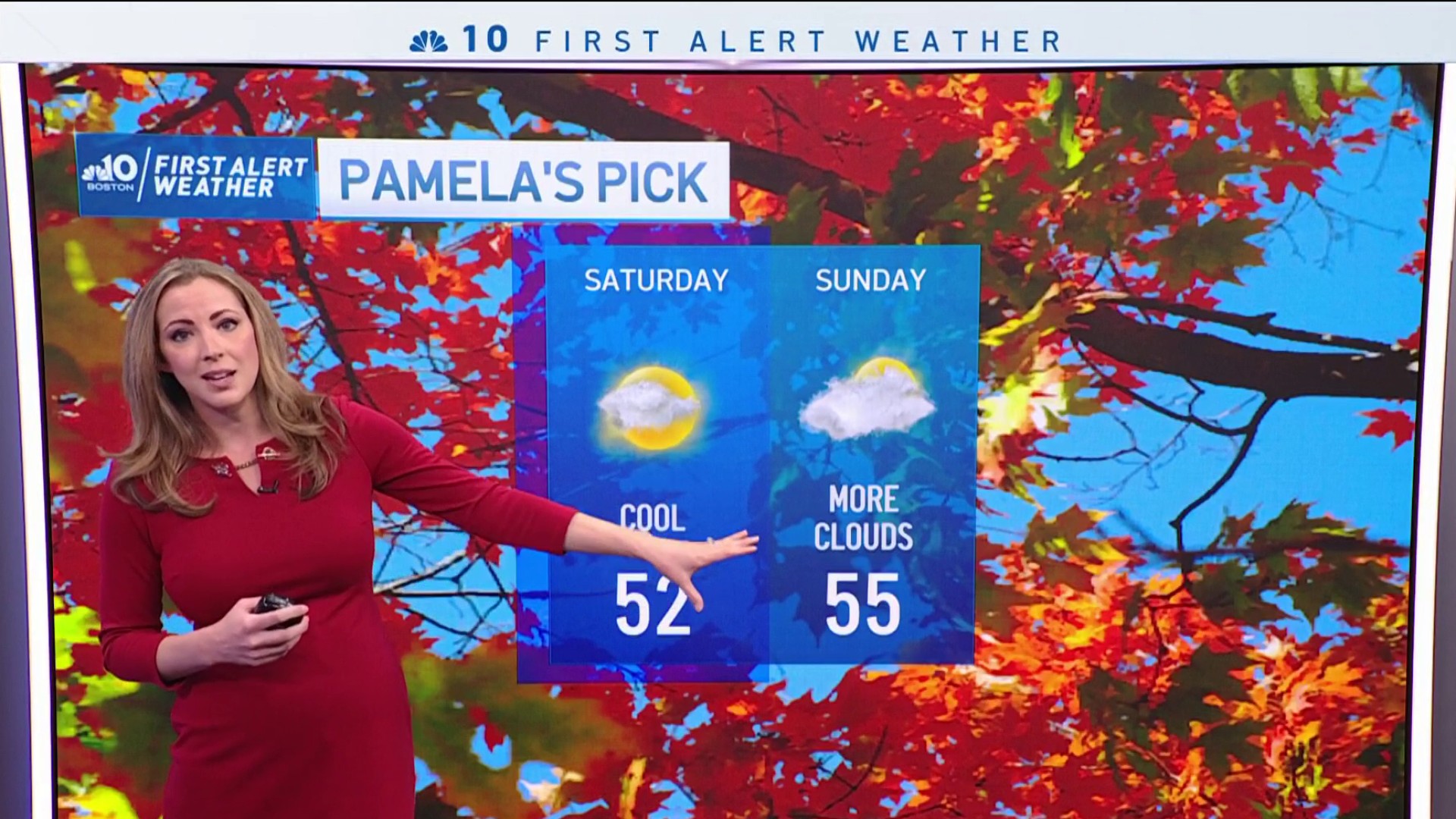