First Alert for Saturday Snow: Some Areas Could See 6 to 12 Inches

New England is enjoying a breather between weather systems Thursday and Friday, with both afternoons seeing high temperatures near 50 degrees.

On Thursday, this means melting snow – much of which clung to tree limbs and power lines – will initially fall in big, sloppy clumps as temperatures warm, then lead to puddles and road spray later in the afternoon.

With temperatures expected to dip below freezing for most communities Thursday night, patchy black ice will develop by dawn Friday and may be exacerbated by the development of patchy fog in subfreezing air for some of southern New England, so slick spots Friday morning are likely to be an early feature.

Thereafter, attention turns to a rapidly developing storm that will track from the Gulf of Mexico coast to New England on Friday evening into Saturday and then ship northeast across Atlantic Canada by Saturday night.

Will a bomb cyclone hit Massachusetts?

This storm will come close to reaching “bomb” criteria – the technical definition of which is a deepening, or strengthening, of the storm center by some 24 mb on the barometer in 24 hours – which implies a storm ripe for heavy precipitation production and gusty wind, with the recipients of each determined by the exact storm track.

As of our Thursday morning view, our First Alert Team sees Saturday dawning with rain for many locations, but the rapidly strengthening storm center approaching from the south will draw air toward its center, turning our wind to blow from the north and pretty quickly changing rain to snow in northern New England on Saturday morning and setting up the North Country and Western New England all the way south through the Berkshires for 6 to 12 inches of snow, with a foot to a foot and a half possible from northern New York through northern Vermont into northern Maine!

This snow will be a late season boon to skiing and snowmobiling in the north, but our question to answer is how much of the snow will creep into southern and coastal New England?

Right now, it looks like nearly an inch of rain falls Saturday for southern and eastern New England, but as the storm center pulls over the Gulf of Maine, the colder air over northern New England will push south, changing rain to snow, and the exact timing of that will be key to how much snow falls.

How much snow will Boston get on Saturday?

At this point, our exclusive in-house NBC Forecast System has been consistent over the last few days of a coating to two inches from Portland to Boston, Worcester and Hartford, and while that’s the most likely scenario, it wouldn’t take a big shift for 2 to 4 inch amounts predicted in the Monadnock Region and northwest Worcester Hills to creep a bit farther southeast.

What is the chance of power outages?

Wind was initially considered a concern for this storm, but the recent southeast trend in track, while introducing the potential for a flip to snow, also dampens the expected wind speed forecast for now to gusts generally under 50 mph with the exception of Cape Cod – again, storm track will be important in this regard.

The storm is gone Sunday, regardless, with a fair and blustery day of winter chill with wind chill values in the 20s ahead of a marked rebound in temperature to a spring air for most of next week.

And don’t forget – we move clocks ahead by one hour to transition to Daylight Saving Time overnight Saturday! 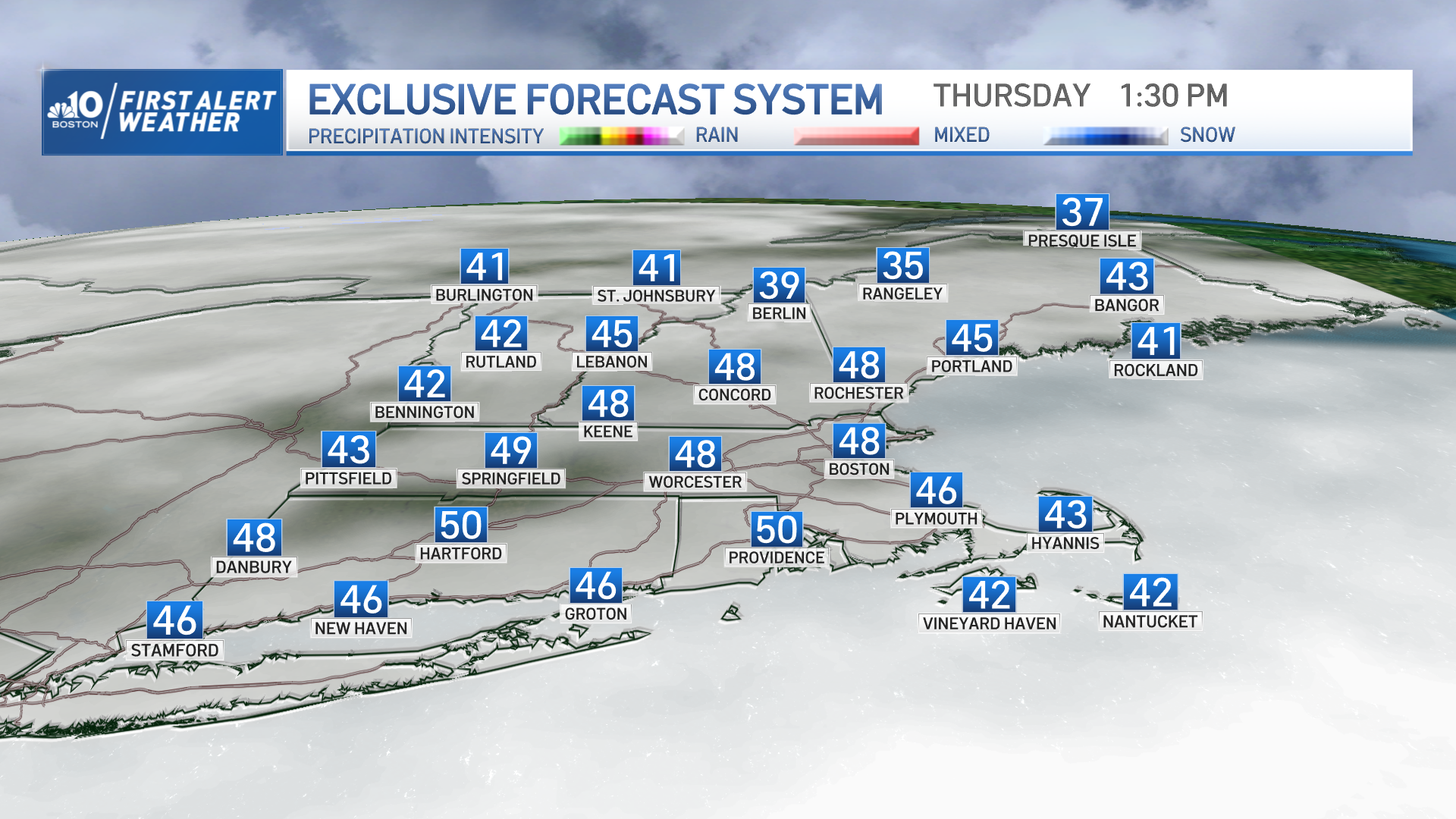 Mix of Sun and Clouds, Chance for Quick Snow Melt 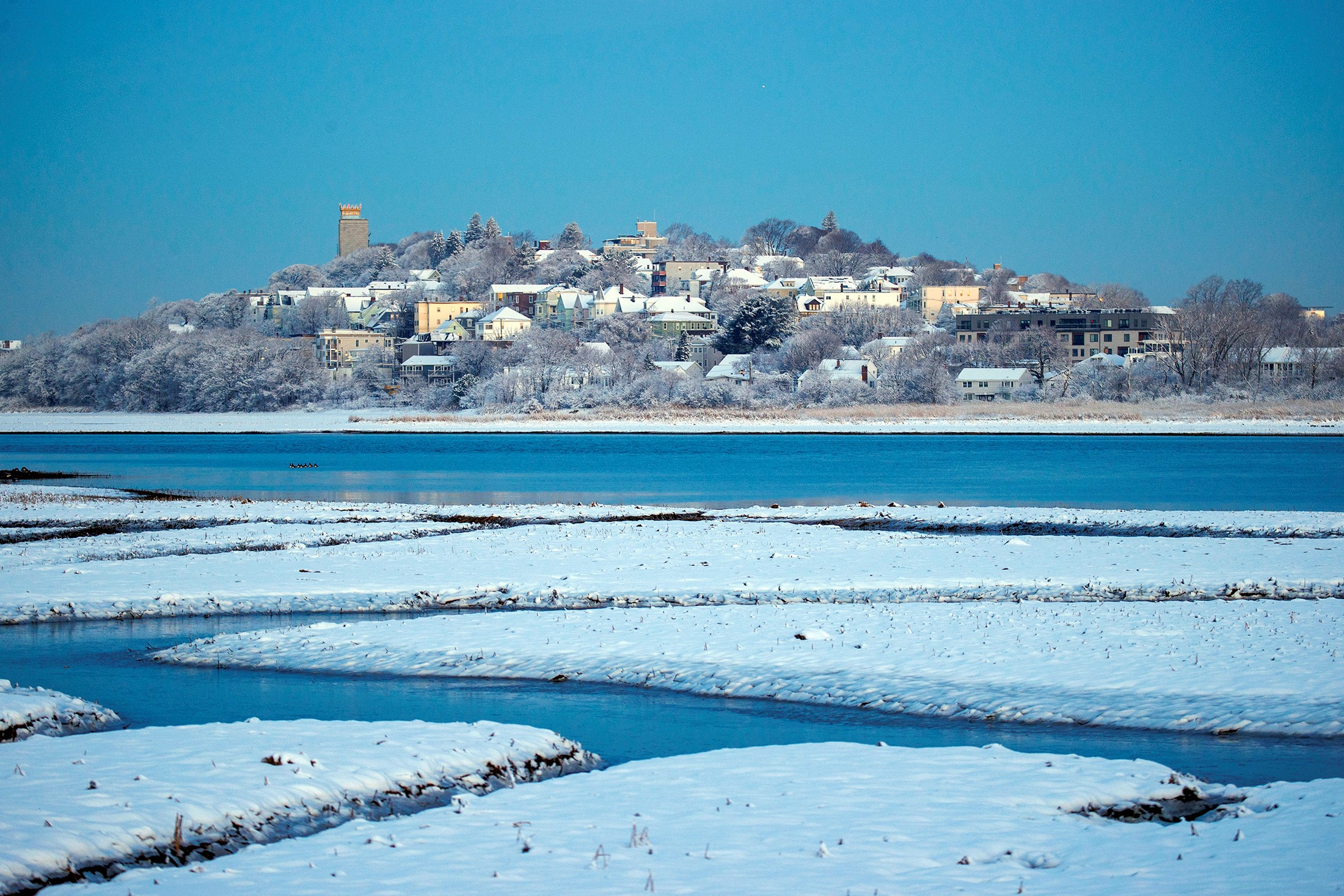