Heavy snow really slows us down on the roads Sunday afternoon and evening. See expected snowfall maps below

The weather map is action-packed from coast to coast today, as New England is set to receive as much as 10 inches of snow, though the amount that will fall varies widely.

This morning, ahead of the Super Bowl, all eyes were on Tampa, Florida, where there was a tornado watch at sunrise.

No tornado formed, but about an inch of rain fell in Tampa, where it looks like a perfect night for football with a temperature near 60 degrees.

Travel is going to be difficult Sunday as continuous snow falls from brunch to bedtime. MassDOT Highway Administrator Jonathan Gulliver joined us to discuss road preparations ahead of the storm, including pre treatments in a few select areas.

We are not having severe weather or severe cold, but heavy snow really slows us down on the roads this afternoon and evening.

Once again, the temperature is marginal for a snowstorm, and we have rain and sleet mixed especially near Cape Cod and the Islands.

In addition to our rapidly deepening ocean storm, we are tracking a significant cold front moving out of New York into western New England with a round of snow squalls well away from the main snow shield impacting most of coastal New England.

The northern edge of the heavier snow stretches from Hartford to Providence to Boston, with close to 4 or 5 inches possible.

Even though precipitation is heavier on the coast from Connecticut to Cape Cod, it is a very wet snow that's falling, so accumulations will not be much greater, just much heavier to shovel and plow. We may end up with the highest amount, with close to 10 inches of snow possible, just inland around Massachusetts' Bristol and Plymouth counties, maybe New Bedford to Kingston, Massachusetts.

For much of central New England, from western Massachusetts through southern New Hampshire to southern Maine, we do have a snowy afternoon with a few inches likely. It will be much less dense snow and easy to remove.

Either way, roadways will be either covered with snow or very slushy in much of New England at sunset today.

In Vermont, we are likely looking at intense snow squalls, even a blizzard for a few minutes this evening, as the cold air rushes in on the backside of our departing storm overnight.

Wind is only a factor toward Cape Cod and the Islands, where we may gust past 50 mph on Nantucket.

More on Snow in Massachusetts 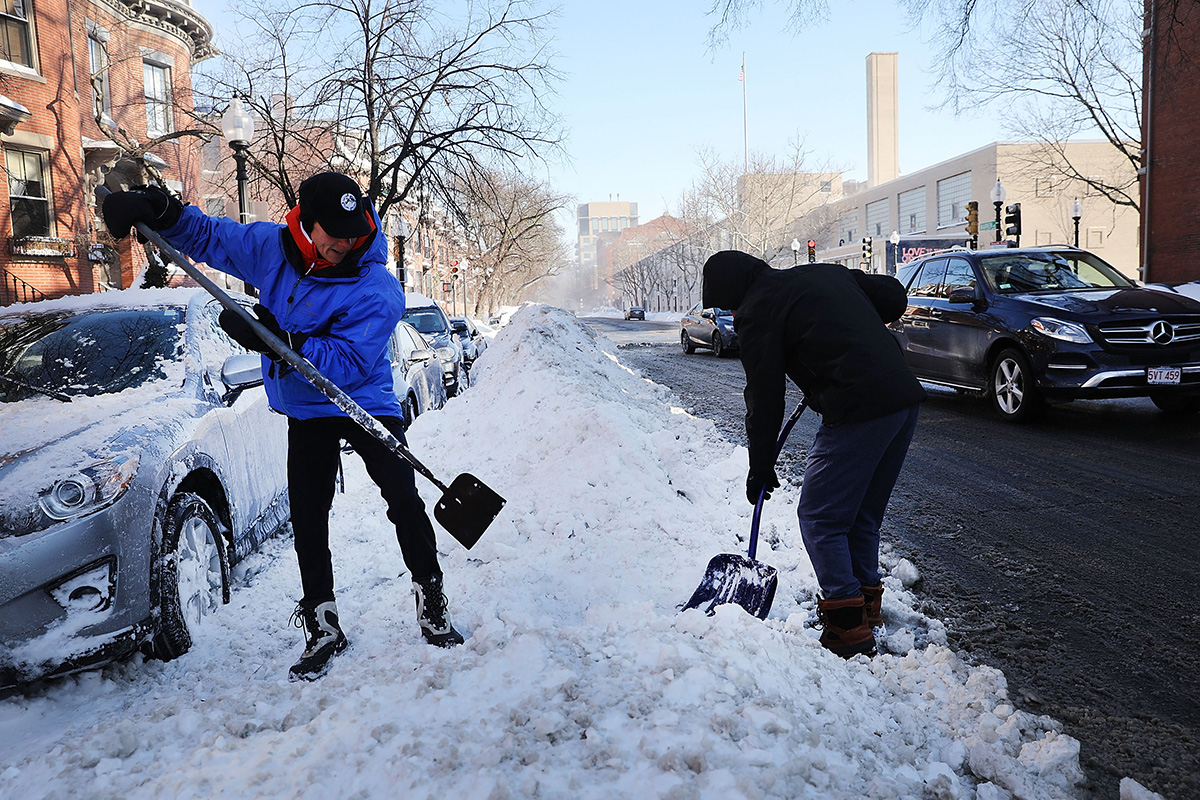 As Mass. Preps for Storm, Parking Bans Announced for Sunday 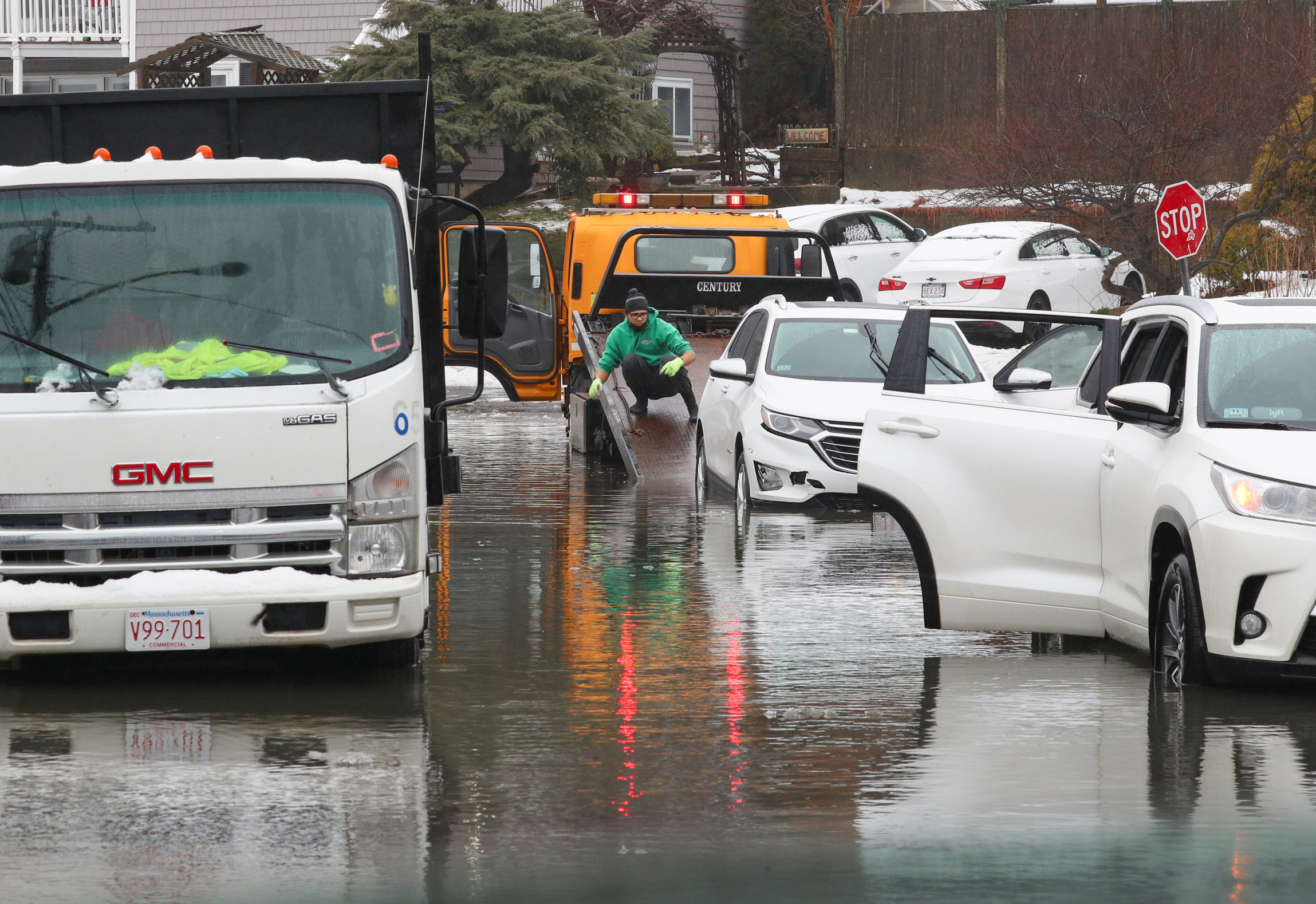 As the skies clear overnight we all go below freezing, so any slush puddles will freeze up pretty quickly, with low temperatures in the teens north and 20s south and wind gusting past 30 mph at sunrise in the morning.

Monday is an in-between day, with temperatures holding pretty much in the teens and 20s as the wind gradually subsides, with plenty of sunshine.

But the storms are all lined up this week. It looks like another batch of snow, again mixed with rain at the south coast, Tuesday afternoon and evening. A few inches should fall then.

It's likely cold and dry Wednesday, followed by a more significant storm that may last more than a day late this week. Impact may linger into the weekend as we turn pretty much as cold as it’s been all winter.

Stay tuned to our First Alert 10 day forecast for the latest updates.

This will be Tom Brady's 10th Super Bowl appearance, but there's so much more to Super Bowl LV. Here's a look at the big game by the numbers: