The heaviest snow will fall from 5 a.m. through 11 a.m., affecting the morning commute in Massachusetts, New Hampshire and other part of New England

We're watching increasing clouds as our next storm approaches, promising us plowable snow by Friday, which would be the first for Boston and much of Massachusetts this winter.

As the storm strengthens over the Atlantic water south of New England early in the morning, our snowfall precipitation could be increasing to half an inch per hour and up to an inch per hour in certain spots. This includes Connecticut, near Hartford, and southeastern New England over Plymouth County and nearby areas.

We'll watch the first flurries filling in from the west and towards the east early tonight. Light precipitation will fall as early as 11 p.m. through 1 a.m. Then, from 2 a.m. to 4 a.m., we'll watch the spread into Boston and portions of New Hampshire and southern Vermont by 5 a.m. The heaviest snow will fall from 5 a.m. through 11 a.m., affecting the morning commute.

A rapid clearing will take place right after. If you're looking to have a dry lunch, you'll be lucky if you live in the south and west because the drying times will come right after noon through 2 p.m. in Connecticut, through to Massachusetts and New Hampshire. Maine will watch for clearing, breaking clouds from 2-4 p.m.

Once this precipitation leaves, by 5 p.m., we'll have a nice and mostly dry evening with lows dropping into the 20s. Dryer air will fill in through the night and into Saturday, allowing for sunny skies to last half the weekend.

Sunday by noon will bring snow into the northern states and some rain into the south with a mix in between affecting central New England.

We'll be mostly dry as we jump into Monday with highs dropping into the upper 20s, single digits and teens will come into northern New England for Monday night with the coldest day of the week being Tuesday.

Get the layers and heavy coats ready, our highs will remain below 20 degrees for much of New England Tuesday afternoon.

We are kicking off 2022 with the first plowable snow of the season, and meteorologist Pamela Gardner claims this one will be “fun.”

More on Snow in Mass. 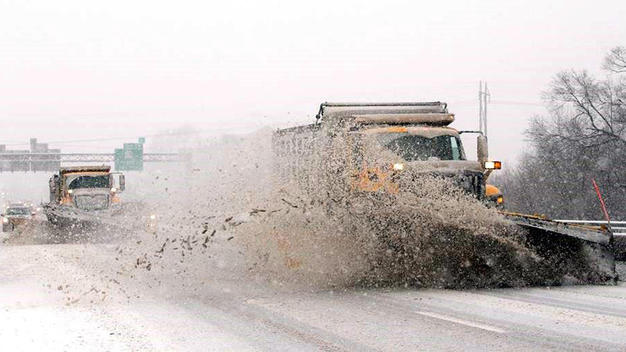 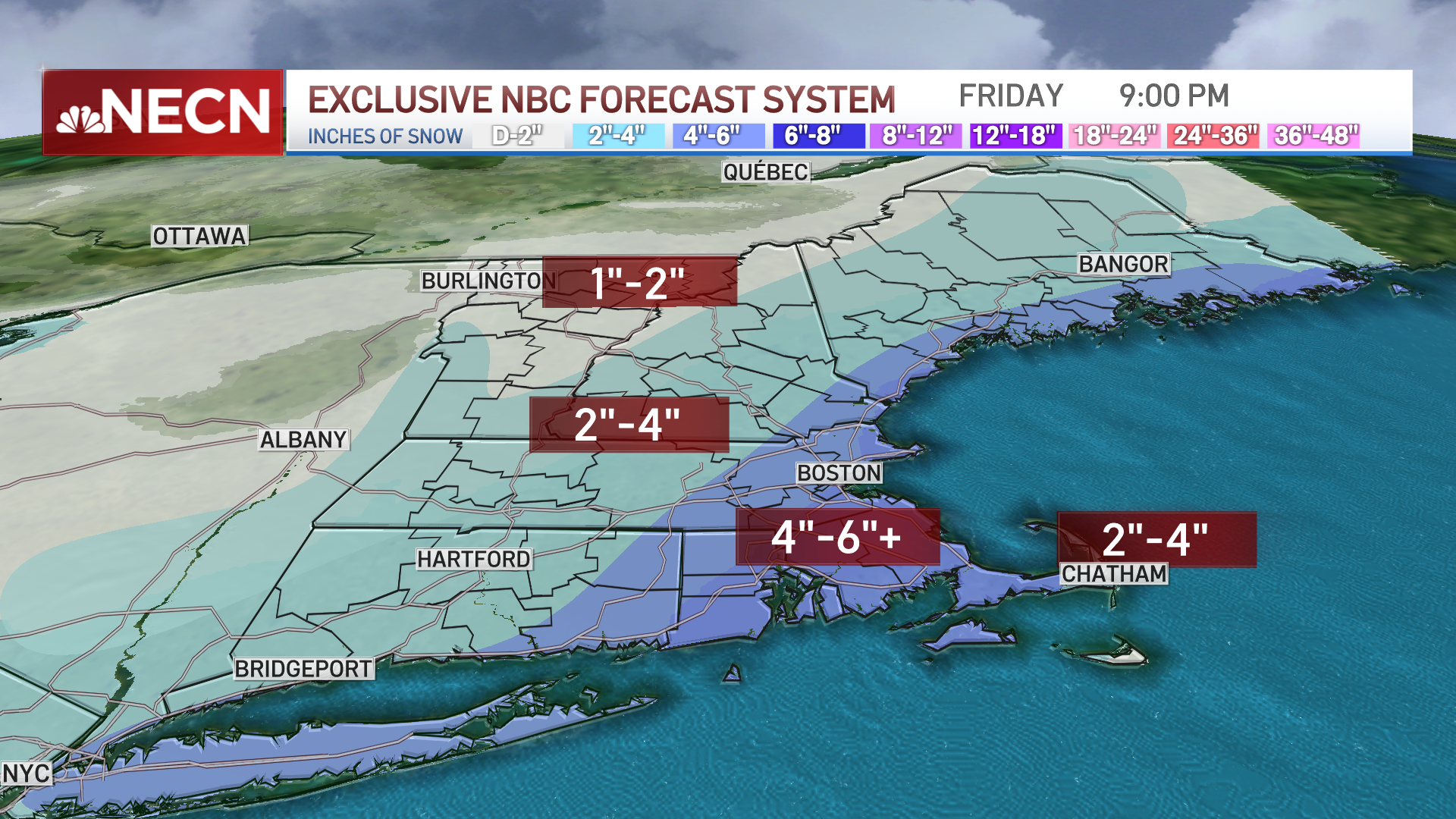