First Alert issued for Monday, but other snow and cold chances exist

The cold has eased significantly across New England on Wednesday, but while the thermometer will measure high temperatures near 40 degrees south and 30 degrees north Wednesday afternoon, the increasing southwest wind carrying this milder air into New England has the ironic effect of creating a wind chill to somewhat offset with wind chill values never breaking above the 20s south and teens north.

Gusts from the southwest have already exceeded 40 mph in the Champlain Valley of Vermont and likely will at least exceed 30 mph for many communities by day’s end.

Clouds will remain variable as milder air moves in aloft and collides with our departing cold, and this is likely to be the case overnight Wednesday night into Thursday as well, though precipitation will remain limited to some flurries at the border with Canada on Wednesday afternoon and some scattered snow showers in northern New England on Thursday.

With much less wind expected Thursday, high temperatures around 40 south and in the 30s north will actually feel much better in the absence of wind chill. All the while, the jet stream pattern across the country – the fast river of air, high in the sky, that steers disturbances and storm systems – will be aligning in a pattern that favors storminess in the eastern half of the nation.

Where will it snow on Friday?

The first developing strong storm will find its footing Friday over the Gulf Stream off the Eastern Seaboard and move north. With a razor-sharp western edge to its precipitation shield, this storm is unlikely to deliver much more than clouds to most of New England, but we’re watching the track carefully for communities within about 30 miles of the coastline in eastern New England and especially Cape Cod and eastern Maine closest to the storm’s track and most likely of anyone to see some rain to snow or simply snow that may accumulate Friday.

Although the most likely forecast is a coating to an inch or two near the coast and onto the Cape, the increase in precipitation is significant with this storm as you get closer to its center, so a slight deviation west would mean a bigger deal while a nudge east would put nearly all of us in the clear.

The Friday storm moves east Friday night, but does an effective job at carrying cold, arctic air back into New England on Friday night through the weekend, with Saturday high temperatures likely only in the teens south and single digits north with a biting breeze, then only about 10 degrees less cold Sunday.

Meanwhile, the busy jet stream pattern will already be brewing the next storm – energy dropping southeast from Canada will paint a stripe of accumulating snow from the Upper Midwest through the Tennessee River Valley, then couple with a southern disturbance chock full of Gulf of Mexico moisture to drop snow over Georgia, the Carolinas and march a strengthening, moisture-loaded storm up the East Coast on Sunday night into Monday.

How much snow will we get on Monday?

Our team has issued a First Alert for Monday owing to the exceptional amount of moisture and the preceding cold air that seems likely to crank out at least some accumulating snow, even if a rain/snow line were to end up over southern New England Monday, which is still to be determined hinging on storm track.

Regardless, whomever is northwest of the storm track is likely to pick up plenty of snow. Winter air remains through the end of the 10-day forecast. 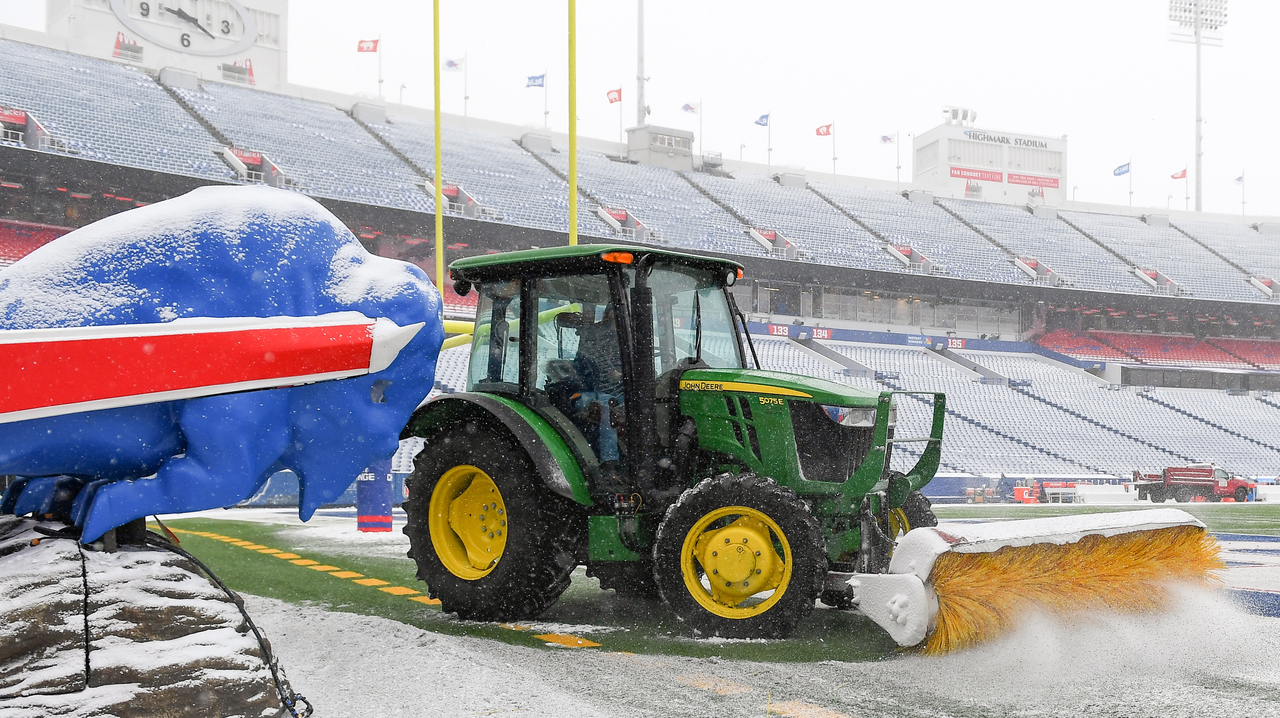 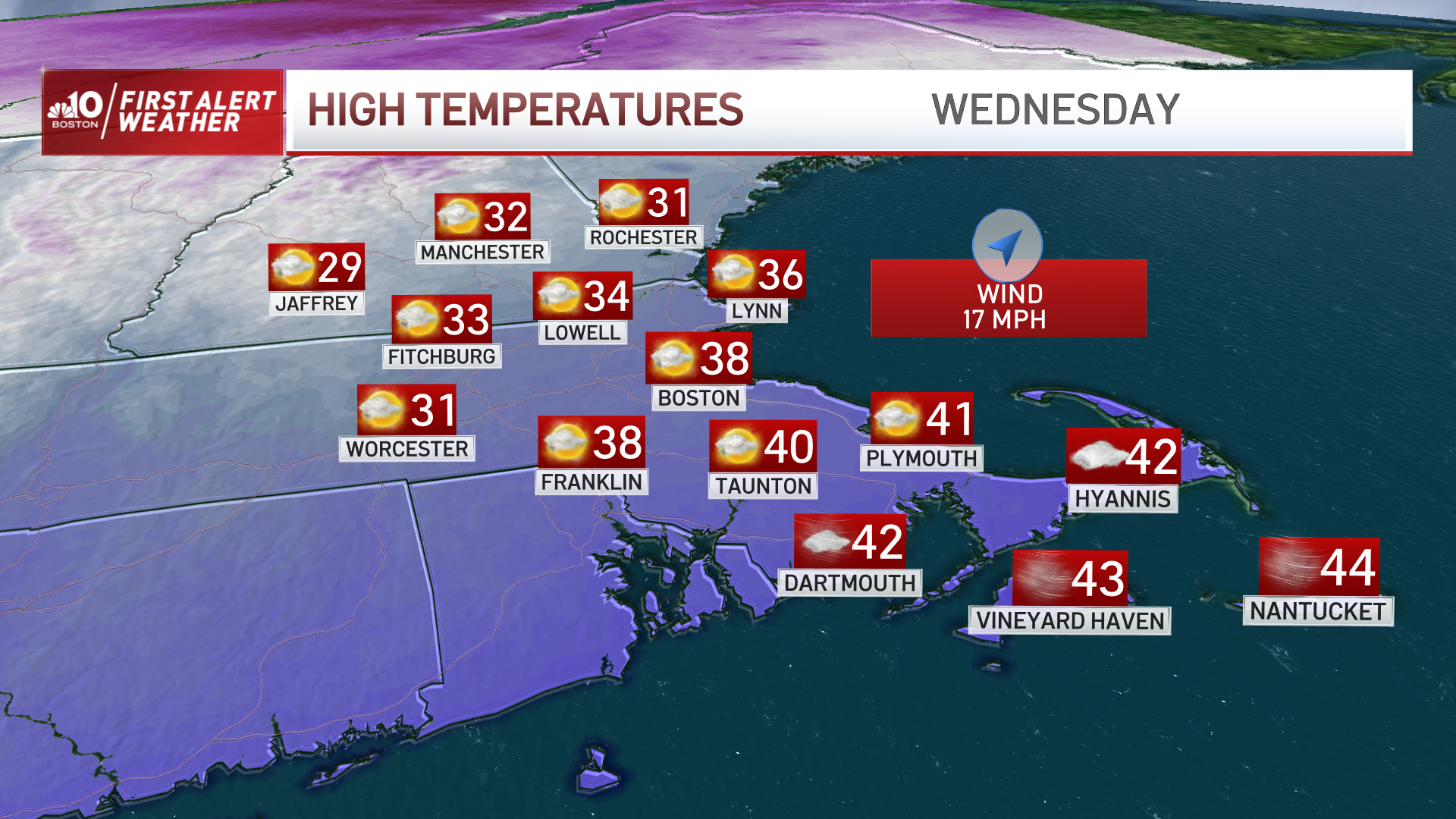