A quiet Thursday is rather deceptive ahead of the impending winter storm set to impact most of New England.

In fact, after a day of variable clouds and a quiet wind with highs ranging from the teens in the far North Country to the 30s in southern New England, the wind will quiet Thursday late day and evening as the center of cold and dry air crests overhead.

Meanwhile, an energetic storm carrying a slug of moisture and warmer air will be rapidly closing in and thickening clouds Thursday night will lead to developing snow from southwest to northeast in southern and western New England after midnight, starting light but increasing in intensity during the predawn.

When is the snow starting Friday in Boston?

By mid-morning Friday, nearly all of New England except Central and Northern Maine will be snowing, heavy at times as sleet begins mixing in mid-morning at the South Coast. A widespread swath of 8 to 12 inches is expected north of the Massachusetts Turnpike. Snow amounts are less certain south of the Mass. Pike where snow transitions to sleet and freezing rain for a time.

How will the snow impact the morning commute?

The morning commute will be impacted, leading to difficult and dangerous travel. Snow will transition to a sleet/rain mix later in the morning south of the Mass. Pike.

How many inches of snow on Friday?

We're expecting 4 to 8 inches south of the Mass. Pike. North of the Mass. Pike, sleet may mix in for a time during the morning. As the day progresses into the afternoon, a secondary burst of snow is expected, which will drop additional snow.

Will the storm impact the evening commute?

A flash freeze is likely Friday afternoon and evening from Boston to Providence as colder air surges into the region behind the storm. The winter storm will exit Friday night, with snow tapering to snow showers.

The Cape and Islands may pick-up an additional inch from ocean-effect snow overnight.

A large area of high pressure moves into the region for the weekend. Given the recent snowpack, temperatures likely won’t rise much above freezing on Saturday. We're expecting mostly sunny skies.

On Sunday, temperatures will moderate into the low 40s south, 20s and 30s across the North Country. A clipper system moves across the region, bringing snow showers and squalls across Vermont, New Hampshire and Maine. A cold front moves through behind the clipper, ushering in cold and blustery conditions with sub-zero wind chill values likely. Highs on Sunday won’t breaking freezing even at the coastline, and it will be in the teens across the North Country.

Looking ahead to next week, high pressure moves in on Monday with sunny skies. As the high pressure shift to our east, a return flow will bring a moderating trend into the week on the exclusive First Alert Weather 10-Day Forecast on NBC10 Boston and NECN. 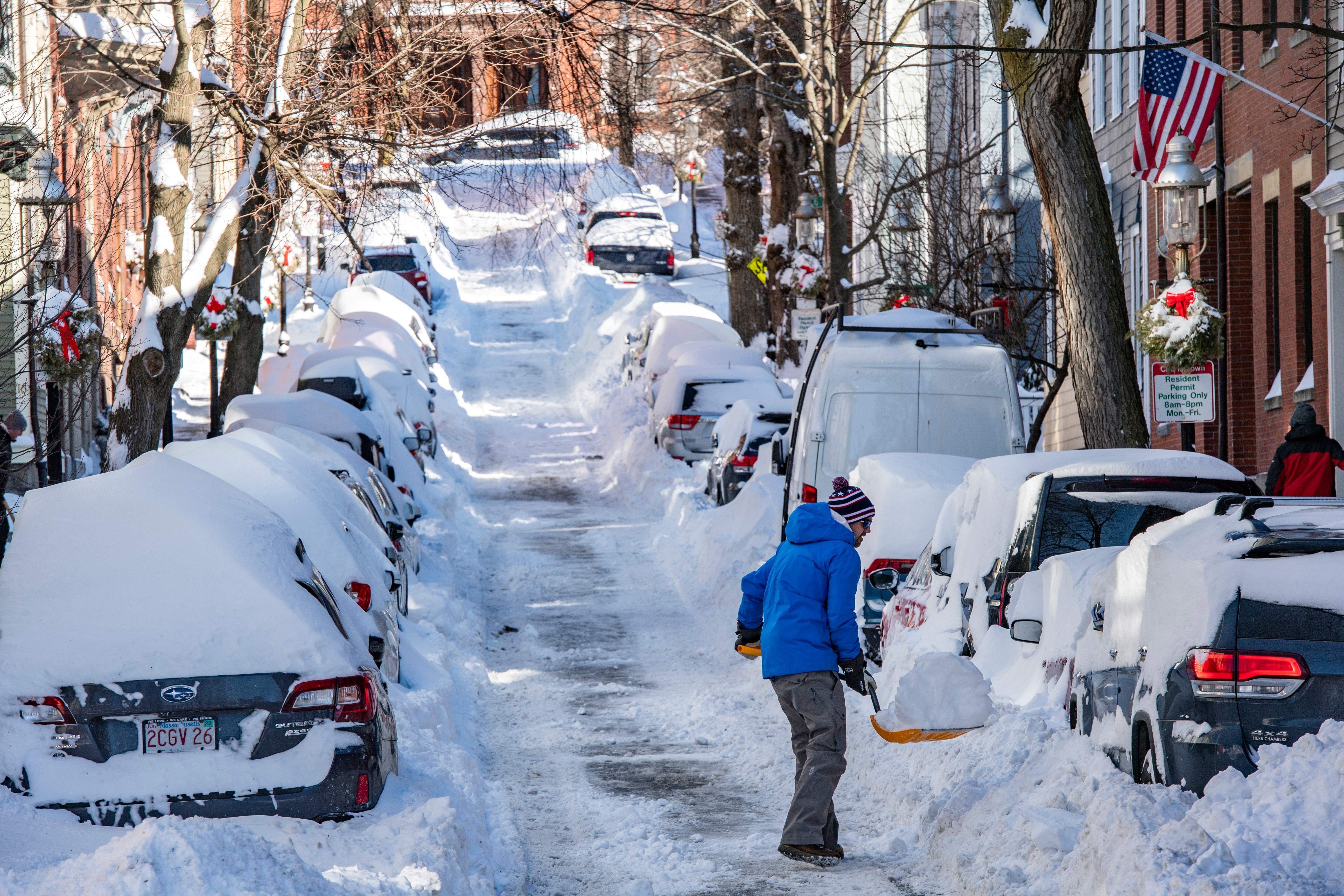 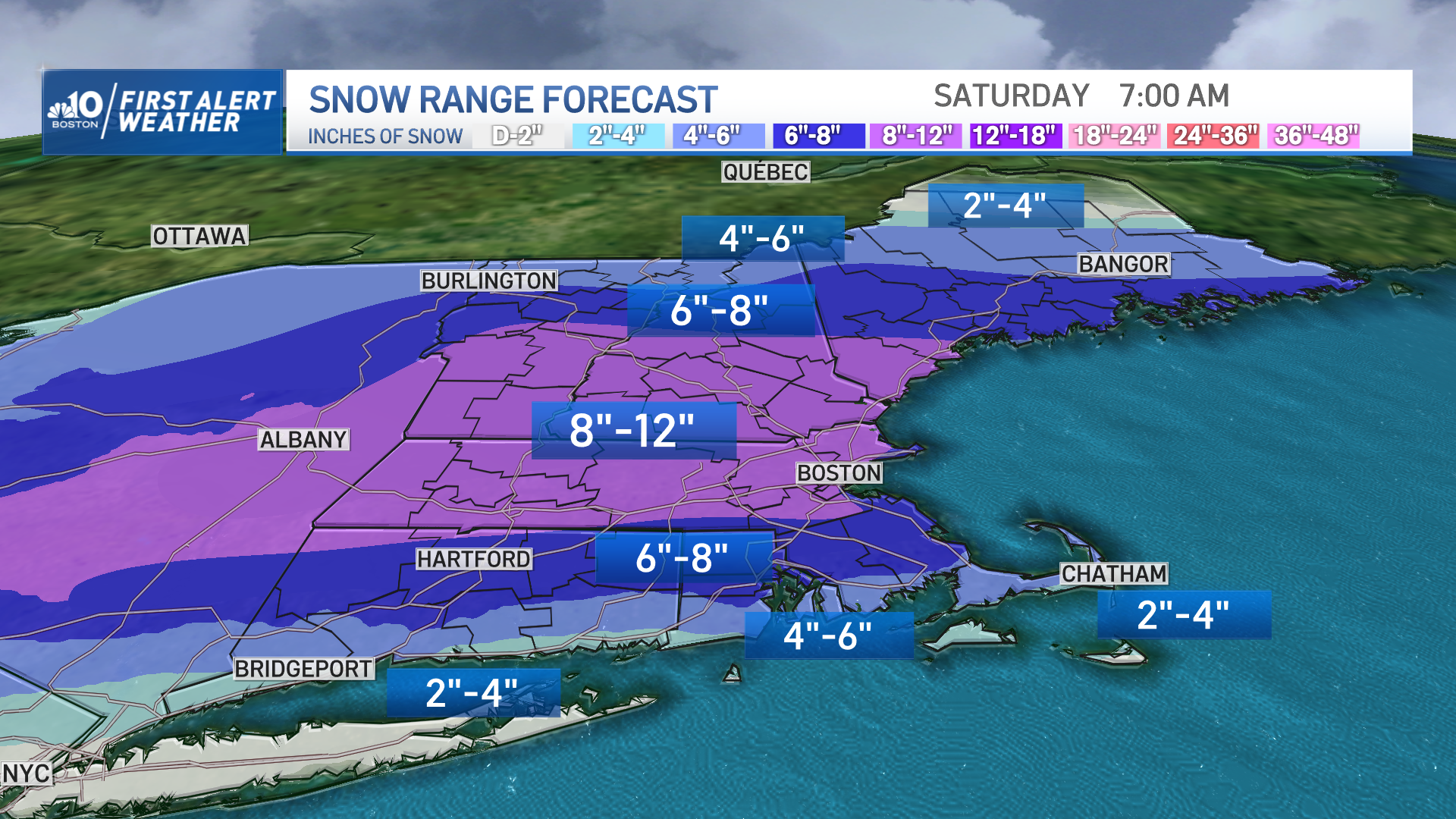