Keep the Sunscreen at the Ready: Incredible Stretch of Weather for New England

In an incredible stretch of weather for New England, there are still changes afoot that make each day of the next 10 a little different that the one before it.

One thing that stays the same for a couple more days: an extreme ultraviolet index. Full sunshine so close to the strongest sun angle of the year for the Summer Solstice and longest day of the year at 15 hours and 17 minutes of daylight this coming Saturday can result in sunburn in only 10 to 15 minutes of exposure without sunscreen.

Aside from some evening and night wispy clouds, mostly clear skies continue right through Thursday, though the sea breezes that have been recurring at our coastlines each day through Wednesday will abate Thursday, at least until later in the day, allowing temperatures to rise into the 80s at our east-facing beaches Thursday afternoon.

With the shift in wind to blow more from the south rather than east by Thursday, this will increase humidity a bit, but it’s Friday when a southwest wind delivers noticeably more humid air for a sticky day, with high temperatures between 85 and 90 degrees for most.

Showers and thunderstorms should remain south of New England through the end of the week, consolidated around a weakening and very slow moving upper level storm over the Mid-Atlantic, which will eventually drift northeast toward New England. 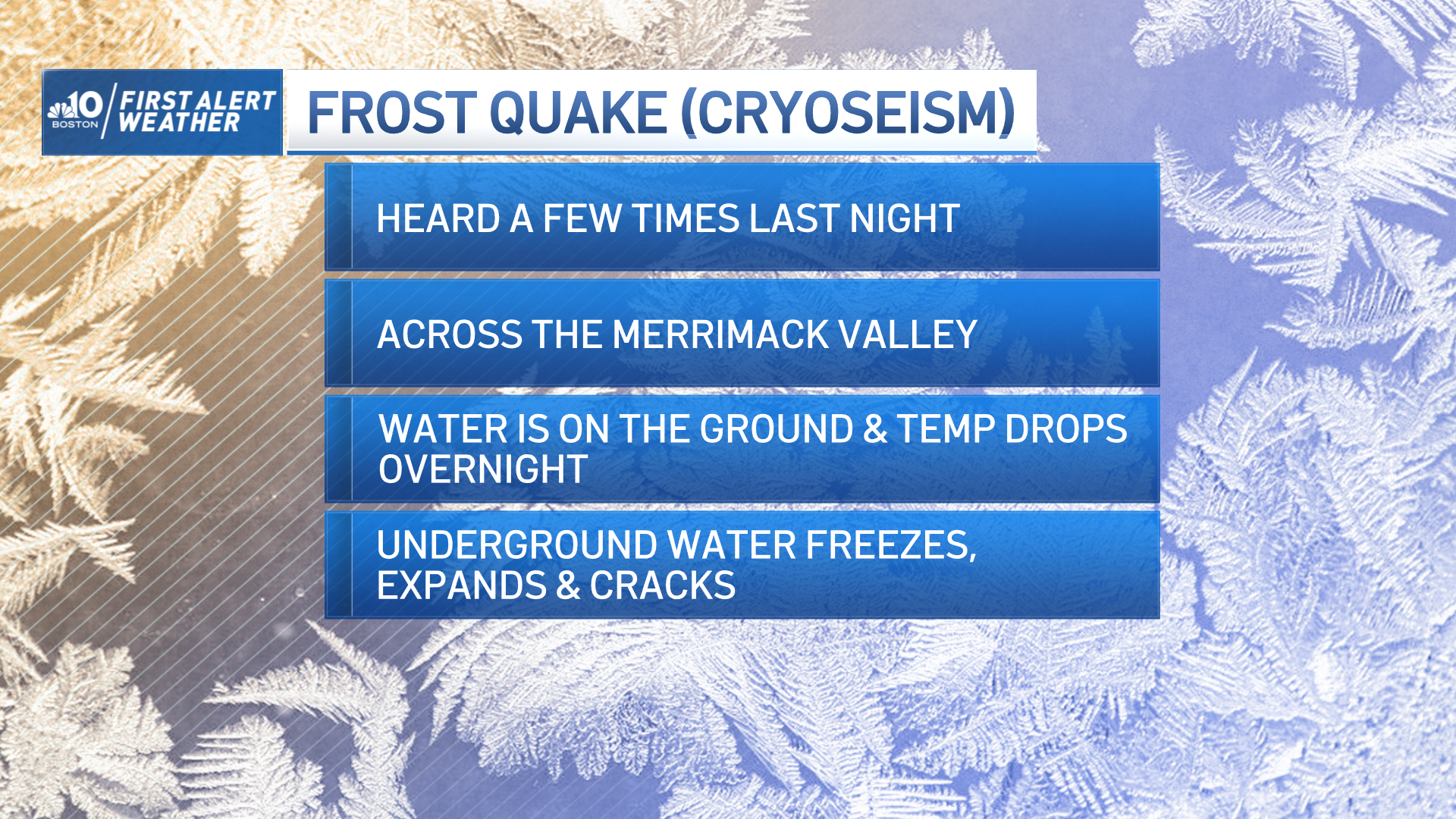 Did You Hear a Mysterious Boom Last Night? It Could Have Been a Frost Quake