Memorial Day weekend starts with a First Alert for a chance of storms Saturday, then dries out for warm and clear days Sunday and Monday

It's another fabulous afternoon in New England! With a high-pressure system over Nova Scotia, our temperatures remain influenced by the south flow. Onshore flow in the coastal communities brings cooler temperatures in the 60s, 70s inland with near mid-70s in the far west and northwest. While mid/high-level clouds take over, the sun continues to bring a battle and allow for a fabulous dry afternoon.

As the daytime heating may fuel storms, some of these may grow strong and enhance the chance for frequent lightning, localized wind gusts and some hail. With the cold front moving through Saturday night, we'll see a slight cool down for Sunday but another rise in temperatures on Monday.

Overall outdoor plans for Saturday afternoon should be cloudy but mostly dry in the south. Storms will move along the north and west mid-afternoon to late evening, and some isolated storms may move into central New England, exiting Saturday night to bring fabulous weather for everyone on Sunday and Monday. 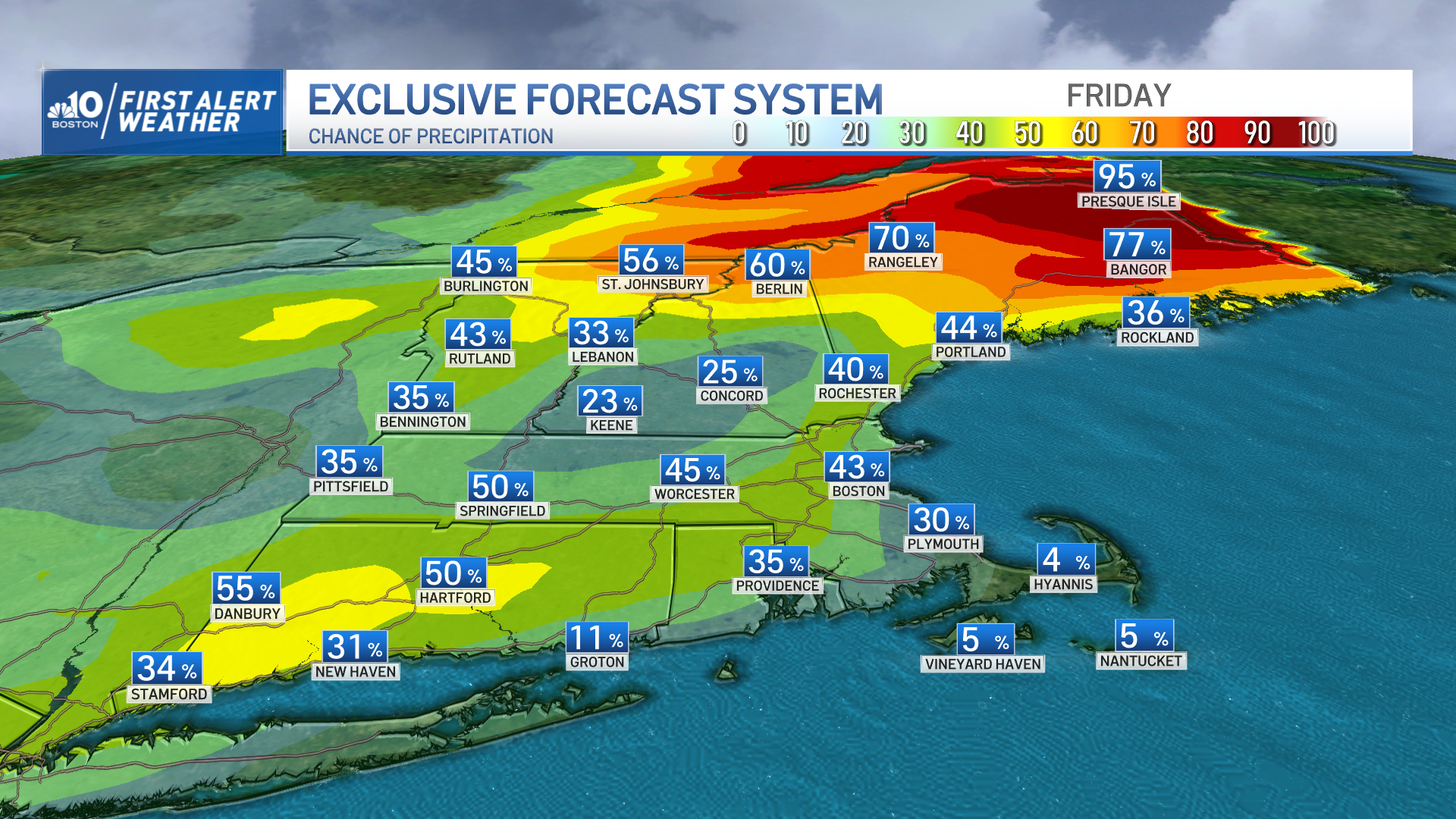 Warmth Returns Briefly Friday, With Some Possible Storms Ahead 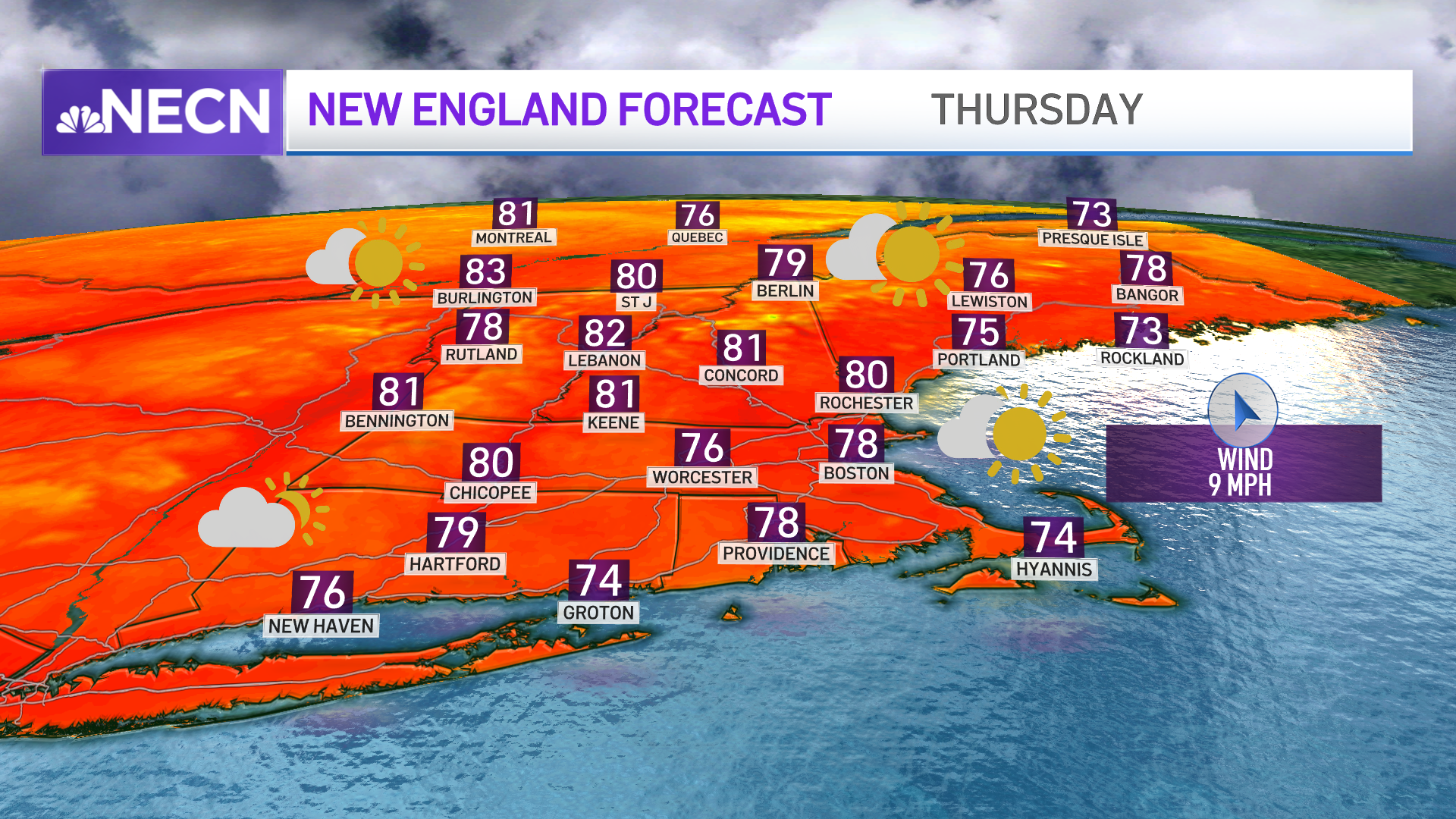