Not Over Yet! Storm Could Deliver Snow to Parts of New England

With Wednesday night’s showers gone, sunshine and clouds seesaw back and forth in the sky over New England Thursday. Afternoon clouds will bubble up just enough for a sprinkle here and there, but overall it will be a fair and pleasant day.

Inland high temperatures Thursday will reach and exceed 60 degrees, while the coast sees a sea breeze cap the high temperature closer to 60°, then falling back a bit in the afternoon.

A strong energetic disturbance diving southeast from Michigan crosses New England overnight Thursday, but there’s not much moisture to work with. The result, therefore, won’t be all that impressive: some scattered rain showers, most focused in northern New England where the mountains will see some snowflakes mixed in.

An increasing breeze through Thursday night will continue from the west-southwest on Friday, teaming with sun that fades behind increasing clouds to bump temperatures back to 60 degrees. An approaching cold front will direct a developing storm center into New England Friday night.

The cold front has been well advertised: cold air that dislodged from the North Pole early this week has made the trip south across Canada and is roaring into New England Friday night. The storm center developing along the cold front will start with warm air coming off daytime highs around 60, so rain is expected at first.

As the new cold air pours in overnight Friday night, rain will change to snow from northwest to southeast across New England, with the change unlikely to make it all the way to eastern New England. Grassy and colder surfaces in central and western New England could conceivably pick up an inch or two of snow in the latter half of Friday night, though roads would likely remain wet coming off a couple of warm days.

Saturday will be chilly - temperatures will struggle to break out of the 40s. A blustery wind from the west, gusting to 40 mph at times, will create a wind chill value in the 30s during the middle of the day while a few snow showers meander across northern New England! This leads to a widespread frost Saturday night ahead of a quieter wind, fair sky but cool temperatures for Mother’s Day.

If Monday’s forecast showers come to fruition, the pollen count may take a much needed dip before dry midweek weather and an anticipated warming trend by the end of next week, which will probably be accompanied by an increasing chance of showers at the end of our exclusive First Alert 10-day forecast. 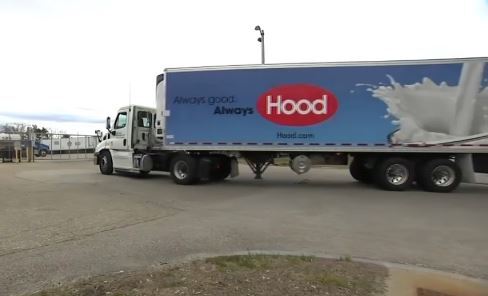 Dairy Farmers Are Giving Away 8,600 Gallons of Milk in Boston. Here's What to Know 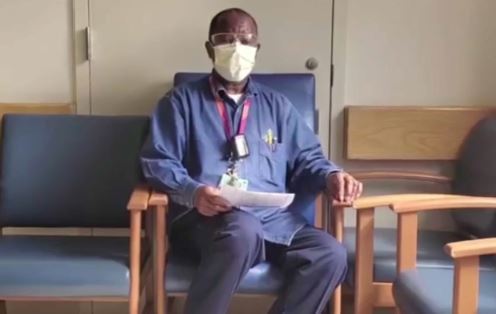 Amid Coronavirus Surge, This Singing Hospital Worker Hits All the Right Notes