Wednesday features a continued rainy pattern and roughly the same temperatures as Tuesday, while Thursday is by far the pick of the week, with highs into the upper 60s for some

More than an inch of rain fell Monday night into Tuesday morning from Connecticut to eastern Massachusetts, where we had what looked and felt like a mini-May Nor'easter.

It was caused by a wave of low pressure tracking right over Nantucket Sound on a quasi-stationary front that separates much warmer air south of New England from the cold, low-level inversion over most of New England. In fact we even set one record low this morning, 25 degrees in Presque Isle, Maine, beat the old record of 30 degrees from May 4, 1957.

But it's always worse weather somewhere else. Rounds of severe weather over the southern United States keep ejecting northeast, thankfully hitting cooler air here at home to lose their severe thunderstorm and flooding potential and, instead, delivering rounds of beneficial rain to New England.

Another bundle of atmospheric energy and moisture has already taken aim for New England and will arrive before dawn Wednesday, but in the meantime, an increasing midday and afternoon northeast wind along our eastern coastline will add to the raw feeling of Monday afternoon and create pockets of near-coastal drizzle that linger behind.

High temperatures will only reach into the low to mid 50s, with Connecticut reaching the low 60s. Eastern Maine will also climb into the low 60s where partly sunny skies prevail.

Another round of wet weather arrives in New England overnight, with lows dropping into the mid to upper 40s. 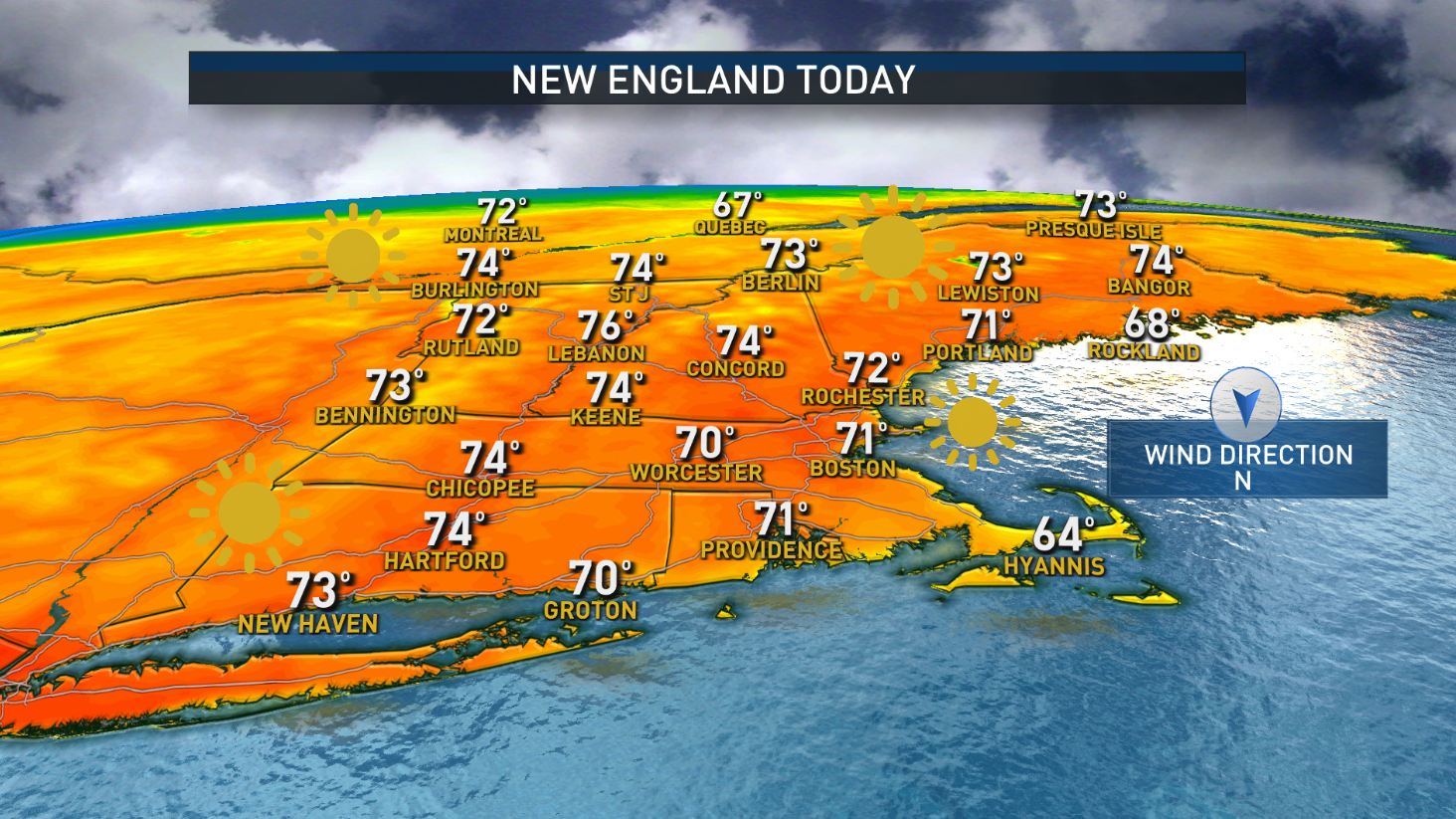 Wednesday features a continued rainy pattern and roughly the same temperatures, given persistent onshore flow from the Gulf of Maine. Temperatures moderate by a few degrees, with highs reaching into the mid to upper 50s for most of the region, mid 60s across Connecticut. Rain will taper off to showers by the afternoon as a low pressure moves offshore. A few rumbles of thunder can’t be ruled out.

Thursday is by far the pick of the week as surface high pressure builds into the region overhead. Highs reach into the mid to upper 60s south, low to mid 50s north.

Partly cloudy skies are on tap Friday as another low pressure system approaches from the Ohio River Valley. Highs reach into the upper 50s to low 60s, a bit below-normal for this time of year.

The weekend is looking mostly sunny with the chance of showers on Saturday on the exclusive First Alert 10-Day Forecast. Clouds should hold off on Sunday before increasing with a threat of showers by the evening.