Scattered Showers With Breaks of Sun, Humidity on the Rise

Humidity is on the rise - dewpoints creep into the low 70s Wednesday and hold there through Saturday.

Well, it’s happened. People are officially fed up with this wet weather. It took less than two weeks to go from, “Over an inch of rain, we needed it!” to, “My garden is ruined and I hate the night time storms.”

If there’s anything we can count on, it’s changeable weather here at home. But extremes are more extreme these days - thanks to climate change.

One of our driest months in years came last fall in the depths of a withering drought. It took most of the winter to chew away at it, then it reared its ugly head in late April. We again beat it back before the flood gates opened this month.

All the while, the heat jabbed us and the cool taunted us. Suffice it to say that the extremes we see these days can’t be explained by normal climate variation. Clearly nothing is “normal” anymore. 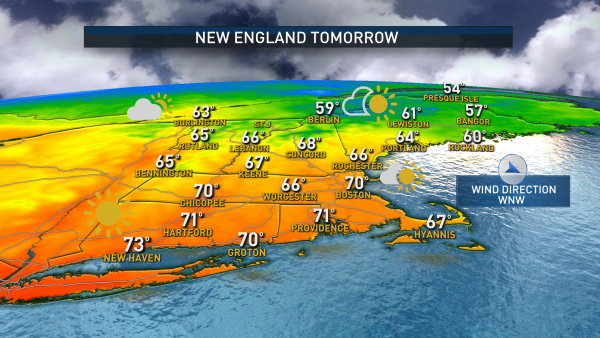 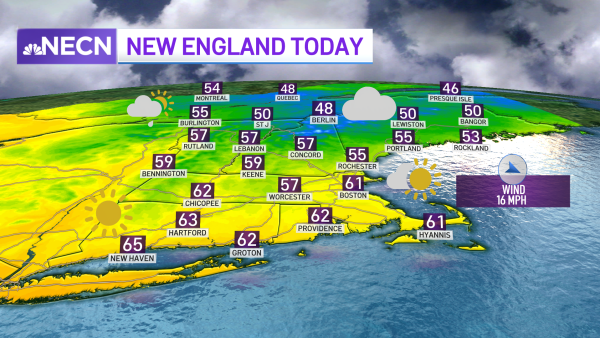 Most of New England Dry Tuesday; Temps to Reach 60s But Wind Makes It Feel Cooler

But we still hold out hope that the weather will be just that. Sadly, temperatures during summer are only “normal” a little over 10% of the time now.

The rest of the time they’re primarily above normal or much above normal. The recent cool snap has hit the smallest margin – only 3.7% of the time we’re in below normal temps. I’m not saying that to make you feel any better about a wasted vacation, a fading tan, or spoiled plans outdoors, but sometimes the chips…break off in the dip.

We’re looking for the dry times in the days ahead, and it looks like we landed on a mostly rain free one today. There’s even a bit of sun possible later this afternoon. Ditto for Wednesday - the clouds and fog will start us off but the sun will break out from time to time.

Thunder may threaten with an approaching front Wednesday, but it’s later in the evening and overnight. It’s warmer too, with the wind shifting from today’s east/northeast direction to the south/southeast tomorrow.

Humidity is on the rise as well. Dewpoints creep into the low 70s Wednesday and hold there through Saturday. Get those dehumidifiers cranking in the basement!

Longer range could see us flop back to the wet pattern later this weekend as a familiar setup in the upper atmosphere returns. The storms could catch up to us later Saturday and a washout threatens on Sunday, but there’s still time for things to change in the days ahead.

I’d be wary of outdoor weekend plans, and be ready to waterproof them if things continue to trend wet. Hang in there, we still have August…and September.