Severe Thunderstorms Arrive in New England Ahead of Elsa's Arrival

Localized flooding may result through the afternoon and evening in western Connecticut, western and central Massachusetts, southern Vermont and southwest New Hampshire

See all severe thunderstorm warnings in your area here.

Our attention is on Tropical Storm Elsa’s approach, but before we get to her main impacts, we have weather Thursday that has prompted us to issue a First Alert.

An area of heavy rain and embedded thunder has been moving out of eastern New York and blossoming over western New England. This rain has already prompted flash flood warnings in eastern New York as it dropped nearly 2.5 inches of rain in just a few hours over already-waterlogged areas from thunderstorms the past couple of days.

Localized flooding may result through the afternoon and evening in western Connecticut, western and central Massachusetts, southern Vermont and southwest New Hampshire.

Remember: “turn around, don’t drown.” You never want to drive through flood waters because you never know how deep the water is and whether or not the road has been compromised underneath. If a flash flood warning is issued, seek higher ground immediately.

We’ll remain in an elevated threat for flash flooding through the afternoon tomorrow as Elsa’s rains move through. It’s not uncommon to see brief spin-up tornadoes in tropical systems, and although it’s a very low risk, we will monitor for rotation in the tropical downpours and update you as warranted on both NBC and NECN.

Power outages may pop up during stronger storms. Some storms may weaken as they approach eastern Massachusetts and Rhode Island.

Mostly cloudy skies and onshore flow Thursday will result in cooler temperatures than Wednesday, with highs reaching into the 70s south and 60s across the North Country.

Showers and thunderstorms will wane Thursday evening as moisture from Elsa filters north into New England. Overnight lows will fall into the 60s, 50s across the North Country and Maine.

Winds will pick-up mid-morning Thursday, with strong southeast winds gusting 55 to 60 mph across the Cape and Islands. North of the circulation, winds won't be as powerful.

Offshore, waves will build 3 to 5 feet along the coast tomorrow afternoon, 7 to 12 feet farther offshore.

As Elsa pulls away from New England Saturday, a Bermuda high will continue to pump tropical air into the region. This will result in showers daily through the beginning of next week.

Temperatures will slowly build through the 70s on the exclusive First Alert Weather 10-Day Forecast on NBC10 Boston and NECN. 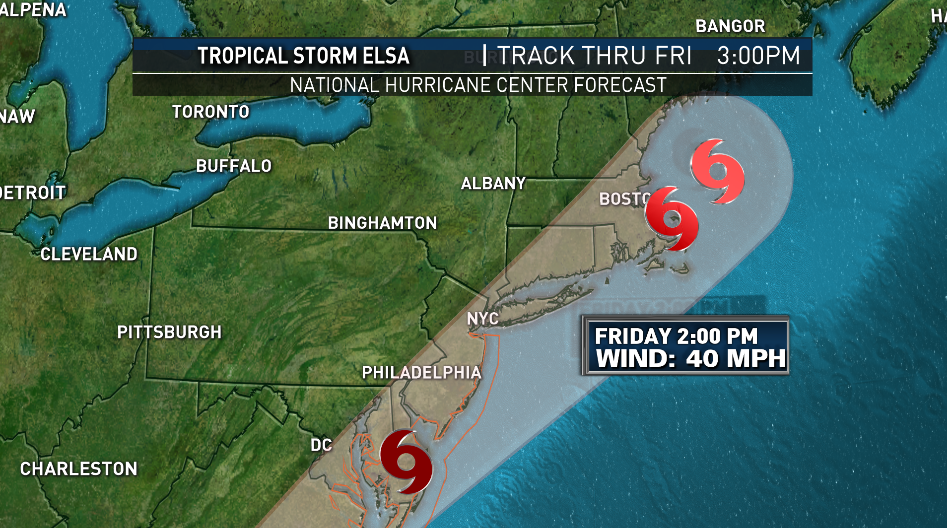 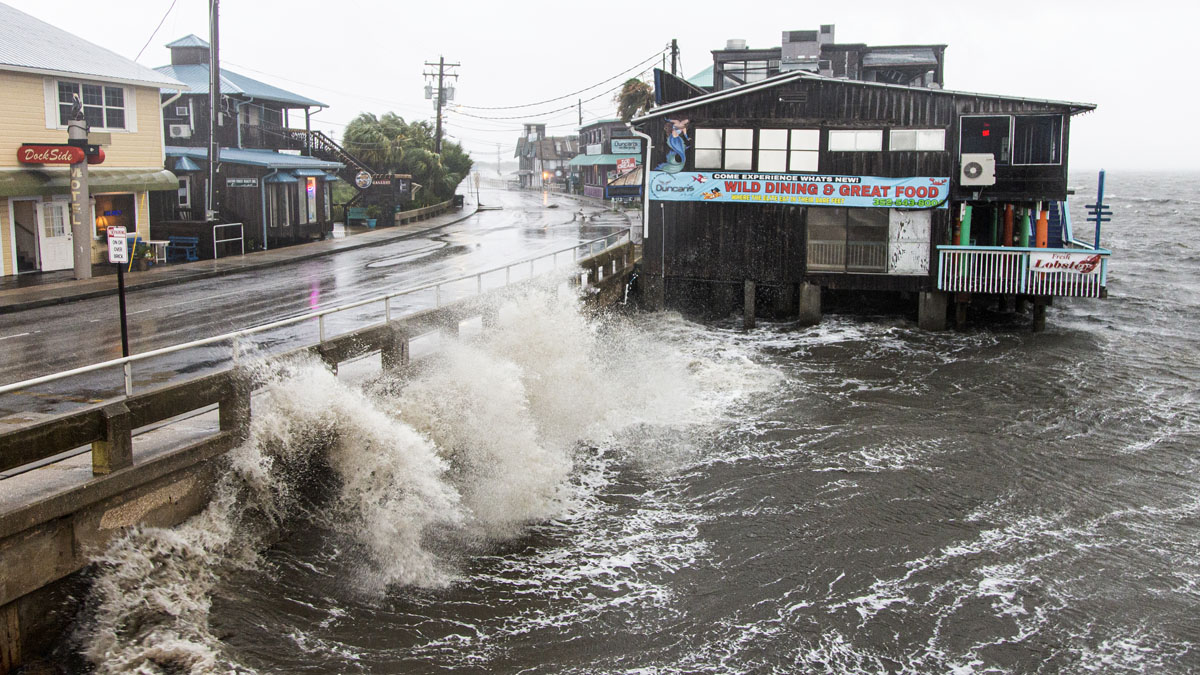