Some Snow Flurries This Afternoon on Rare Leap Day

It may be the last day of meteorological winter, but a cold front is on its way

We have a bright and brisk February 29. Actually one of the cooler days we’ve had all month long.

It’s been such a warm winter. Today is the last day of meteorological winter and it feels that way outdoors. There’s a bit of a cold front coming south around that old storm that stalled in southeastern Canada.

There’s been a band of snow moving across the Great Lakes and the state of New York, where several feet of snow falling. It will then move across northern Vermont, northern New Hampshire, and parts of Maine, a rare phenomenon.

Mount Mansfield Vermont has close to 30 inches of snow in the last three days.

Needless to say it’s a great day on the ski slopes in northern New England. The wind has let up, we have temperatures in the 20s north and 30s south.

Just about any of us could see a snow flurry or a snow shower this afternoon as the front goes by. Wind is blowing mostly from the west at about 15 miles per hour.

A high pressure system should finally move in tonight and tomorrow with a mostly clear sky and a little bit colder air. Low temperatures will be in the single digits and teens north, and up to the teens and 20s in the south. 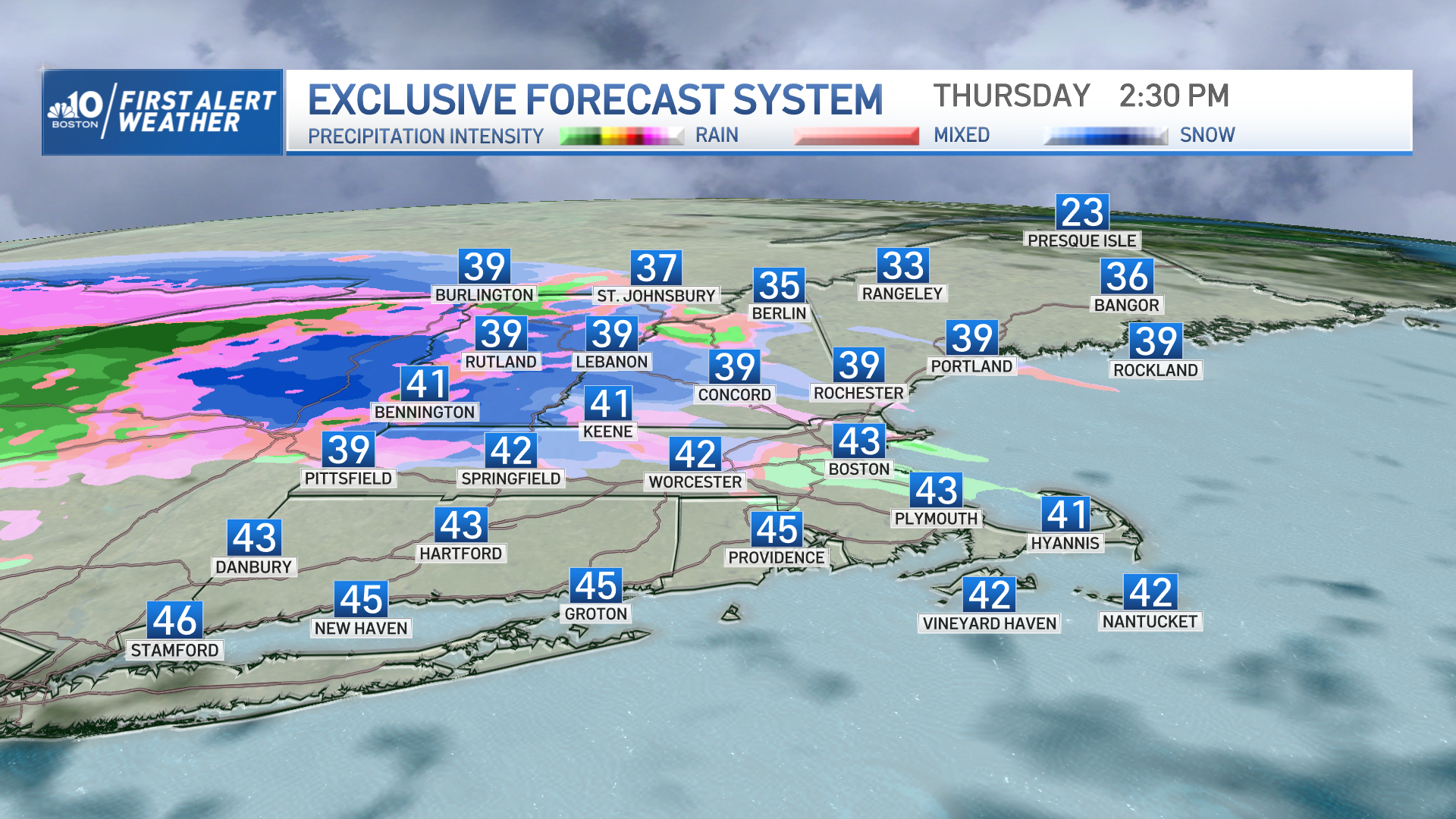 The moon is getting bigger and brighter and Venus is still putting on a show in the evening sky.

Sunday looks quite nice, though on the colder side with mostly sunny skies high temperature in the 20s to lower 30s with light wind.

A warm front moves in Monday with a lot of clouds and a chance of a little light rain or snow central and north, high temperature in the 30s north and 40s south.

The forecast thereafter becomes much more challenging, with much colder air in southeastern Canada, and warmer air coming up the East Coast.
Waves of low pressure riding along the boundary will bring a lot of clouds and chances for rain showers each day Tuesday, Wednesday, and Thursday.

We may see the cold air come in time for rain to end as snow in southern New England Thursday.

But that’s only if the low pressure comes close enough. Here is our latest estimate in our First Alert 10-Day Forecast.