As a major winter storm continues to wallop New England, Boston saw its biggest snowfall in nearly three years on Thursday, with 12.5 inches (so far) at Logan airport.

The last time the city had seen that snow was 33 months ago, on March 14, 2018, when 14.8 inches fell. And it's tied for Boston's ninth-largest 24-hour snowfall in the month of December. (See snow totals around Massachusetts here.)

If you live in the MetroWest area of Boston, temperatures dropped from the low and mid 30s into the upper teens and low 20s between 6 a.m. and 8 a.m.

As snow from the season's first Nor'easter continued to come down Thursday, crews around Massachusetts worked hard to clear roadways.

Snowfall up until that point was fairly wet, but that snow turned into powder. Six to 12 inches had already fallen across the region as of around 8:30 a.m. We were expecting another three to six inches of accumulation across the area.

Parts of southern Vermont were in the range of 3 feet, including 44 inches in Ludlow! It’s been powdery snow for the duration of the event.

Between that band in southern Vermont and southwest New Hampshire and the heavier band of snow in the Metrowest area, there has been a lull in the activity.

The first Nor'easter of the season dumped more than a foot of snow across parts of New Hampshire on Thursday causing treacherous driving conditions.

Snowfall rates between one and two inches per hour continued through noon east of Interstate 495. It's possible that areas that saw rain in southeastern Massachusetts may change back over to snow.

The other issue with the significant temperature drop is the possibility of flash freeze conditions. Dangerous conditions on the roadways will continue into the early afternoon. We've been expecting snow to begin tapering off from west to east once we get past 1 p.m. or 2 p.m.

We may still see some ocean enhancement into the evening south of Boston with additional minor accumulations. Wind will gust at the coast to 45 mph, which may cause near blizzard conditions.

Also at the coast, strong northeast winds are building a two-to2.5-foot surge, which may cause high-end minor flooding to low end moderate flooding. 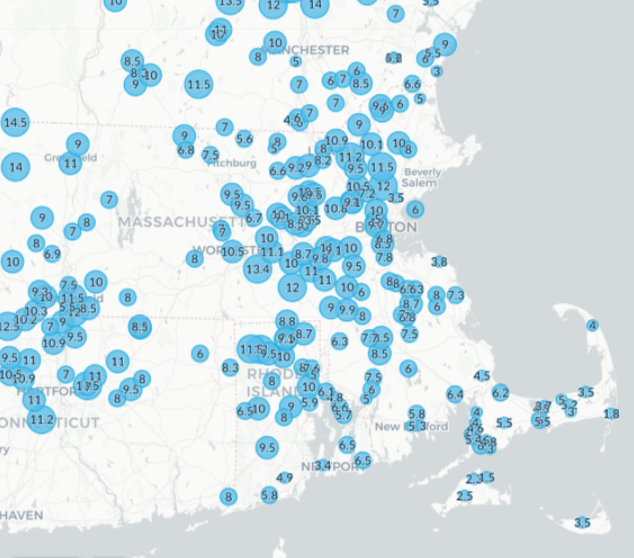 Snowfall Total Map: Here's How Much Snow Fell During This Week's Storm 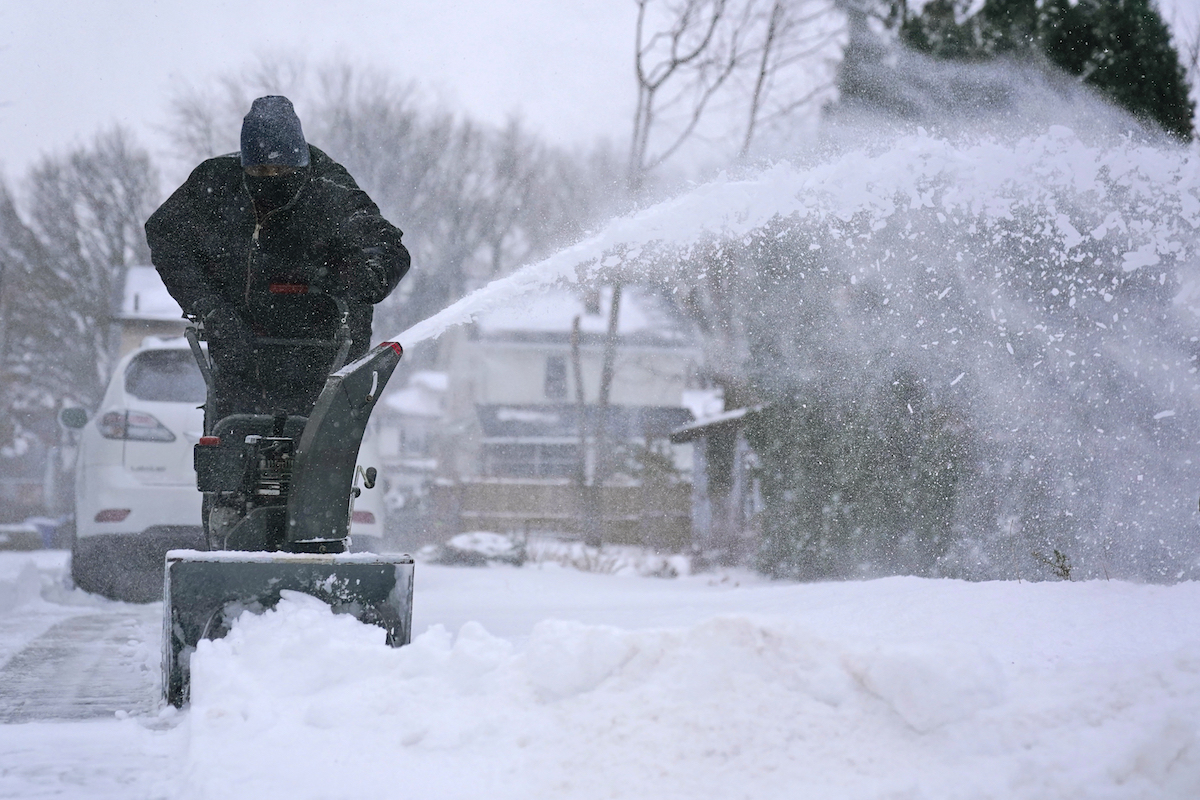