Up to 8 inches of snow are possible in northern New England, while the Worcester are should get the most accumulation in southern and central New England

It's officially December with first snowy weekend of the season! We have a First Alert for Saturday afternoon through Sunday morning for a wintry mess.

We will see all types of precipitation across the Northeast: rain, snow, freezing rain and sleet throughout this minor storm system.

Snow showers will be pretty scattered for mid-morning in western Connecticut and Massachusetts before catching up in Boston around noon time. The snow picks up in intensity and coverage in southern and central New England all afternoon, but mostly outside Interstate 495.

Road conditions deteriorate there between 2 and 4 p.m. By mid afternoon we have a mix in Boston and rain across Cape Cod. The Cape actually sees all rain with this system. The mix in Boston then changes to rain by evening. Only some coatings to 1 inch of a mix or wet snow on grassy areas can be expected inside Interstate 128.

Snow in the mountains will fall all day Saturday into Sunday morning. Along Interstate 495, we see mixing off and on as temperatures hover around freezing.

The freezing zone moves northward as the evening progresses, so mixing in southern Vermont and New Hampshire is possible for a short time before it’s back to snow Sunday morning predawn.

After sunrise, we see the quick end of precipitation as the system heads offshore from west to east. Only a few lingering snow showers north of the Pike and a few wintry mix showers on Cape Cod stick around Sunday afternoon.

We expect 2 to 4 inches for Worcester, 1 to 2 inches in Springfield, a coating to 1 inch around Boston to Hartford to Providence only to be washed away by rain, 4 to 6 inches in Manchester, 6 to 8+ inches in the Green Mountains, 6 to 8 inches in White Mountains and 4 to 6 inches in southern Maine.

Sunday will mark the start to a colder weather pattern, which actually is where we should be for this time of the year. Highs in the 30s and 40s stick around all week, through next weekend.

A couple systems pass by us -- one late Monday could trigger snow showers northwest. Another system around Christmas Eve will bring some festive snow showers around. 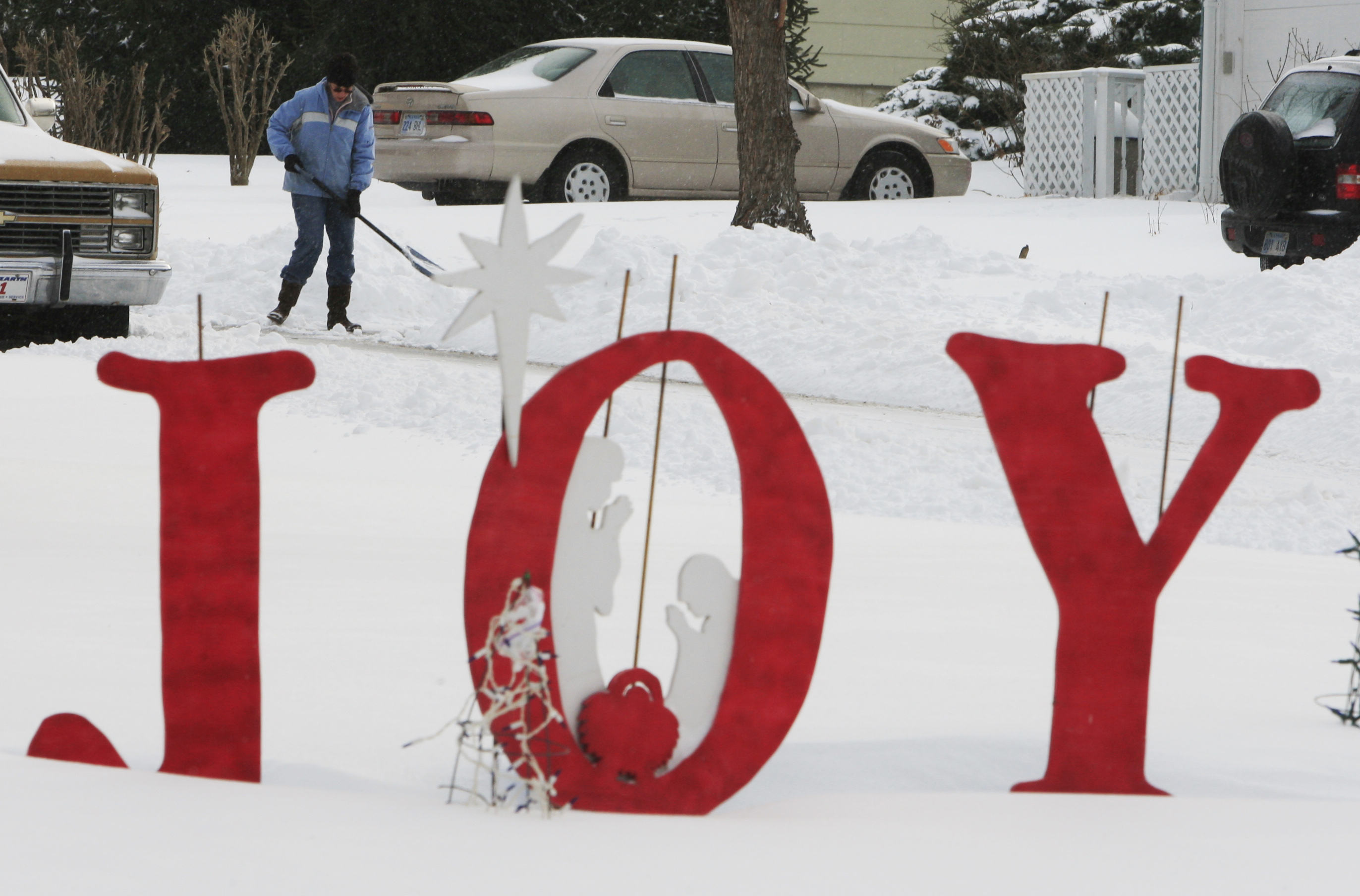 Since 1980s US Chances of a White Christmas Melt a Bit 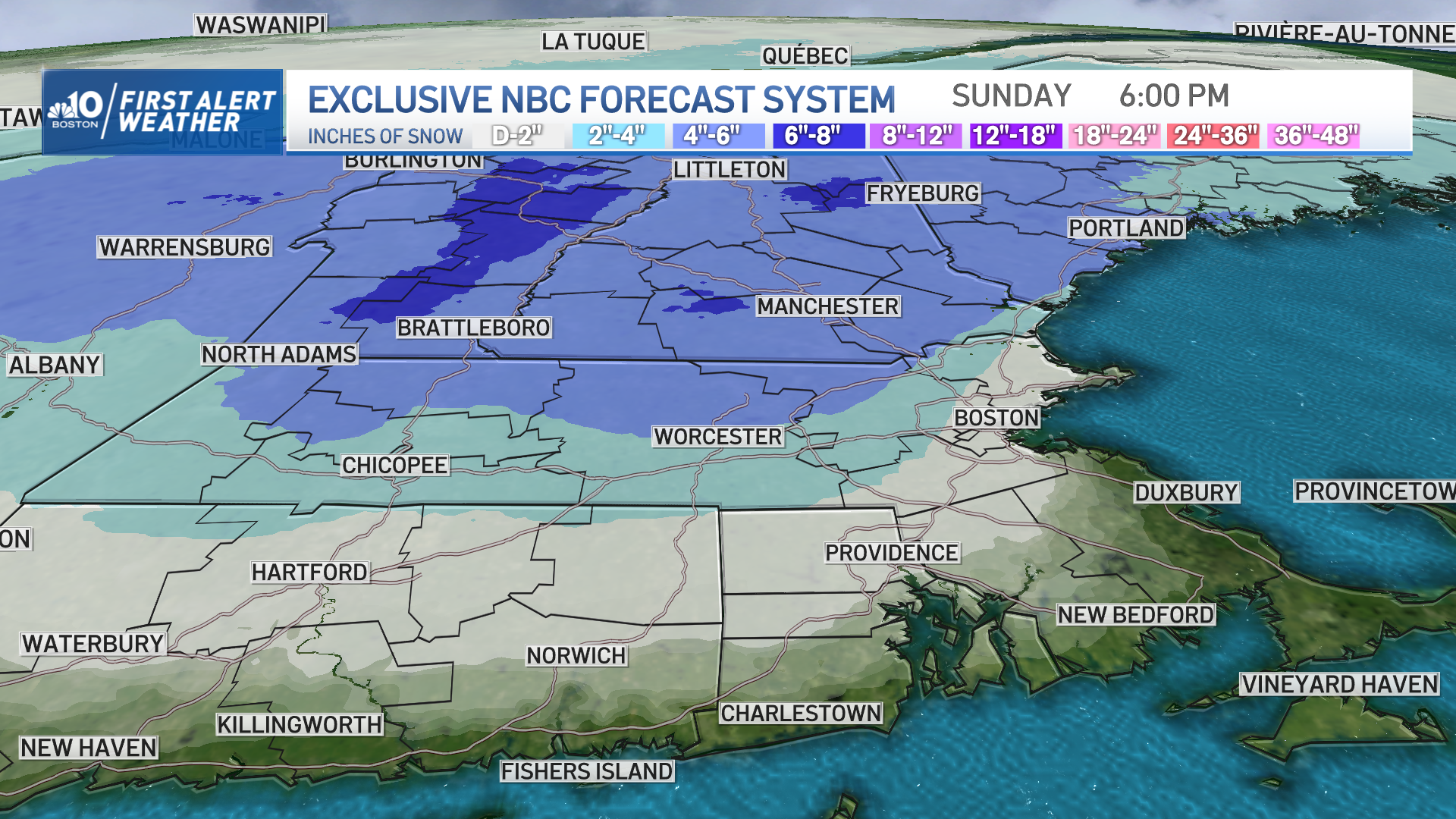 Here's How Much Snow is Expected Across the Region This Weekend