Although high-altitude clouds blocked the view for some, for many with the right tools to control zoom and light exposure for photography, Thursday morning’s annular (partial) eclipse of the sun did not disappoint at sunrise.

As the moon passed between the sun and the earth, the moon’s shadow resulted in a crescent sunrise in a rare confluence that appeared in breaks between clouds spilling south from Canada but not thick enough or widespread enough to completely block the event.

Did you miss the solar eclipse? Here's the eclipse at its maximum around 5:30 a.m. Thursday.

The next annular eclipse that could be seen in New England will occur October 2023, but won’t be nearly as impressive as this one with a much smaller portion of the moon casting a shadow, then a total eclipse is expected in April 2024 but, of course, viewing is always weather pending.

The spectacle in the sky comes as spectacular weather unfolds on the ground: a new, fresh, dry air has swept across New England. While inland communities will warm to near 80 degrees Thursday afternoon, a freshening onshore breeze will send coastal temperatures backwards after lunch hour, with widespread low temperatures in the 40s and 50s overnight Thursday night, meaning leaving all the windows open in the house probably would mean the house gets TOO cool for a change!

Friday brings dry weather under increasing clouds for most with pleasant air continuing, though northern New England will find morning sprinkles evolving into afternoon showers with a slow moving disturbance sinking south from Canada that will ease into southern New England after midnight Friday night, leaving some showers in the southern half of New England Saturday morning. 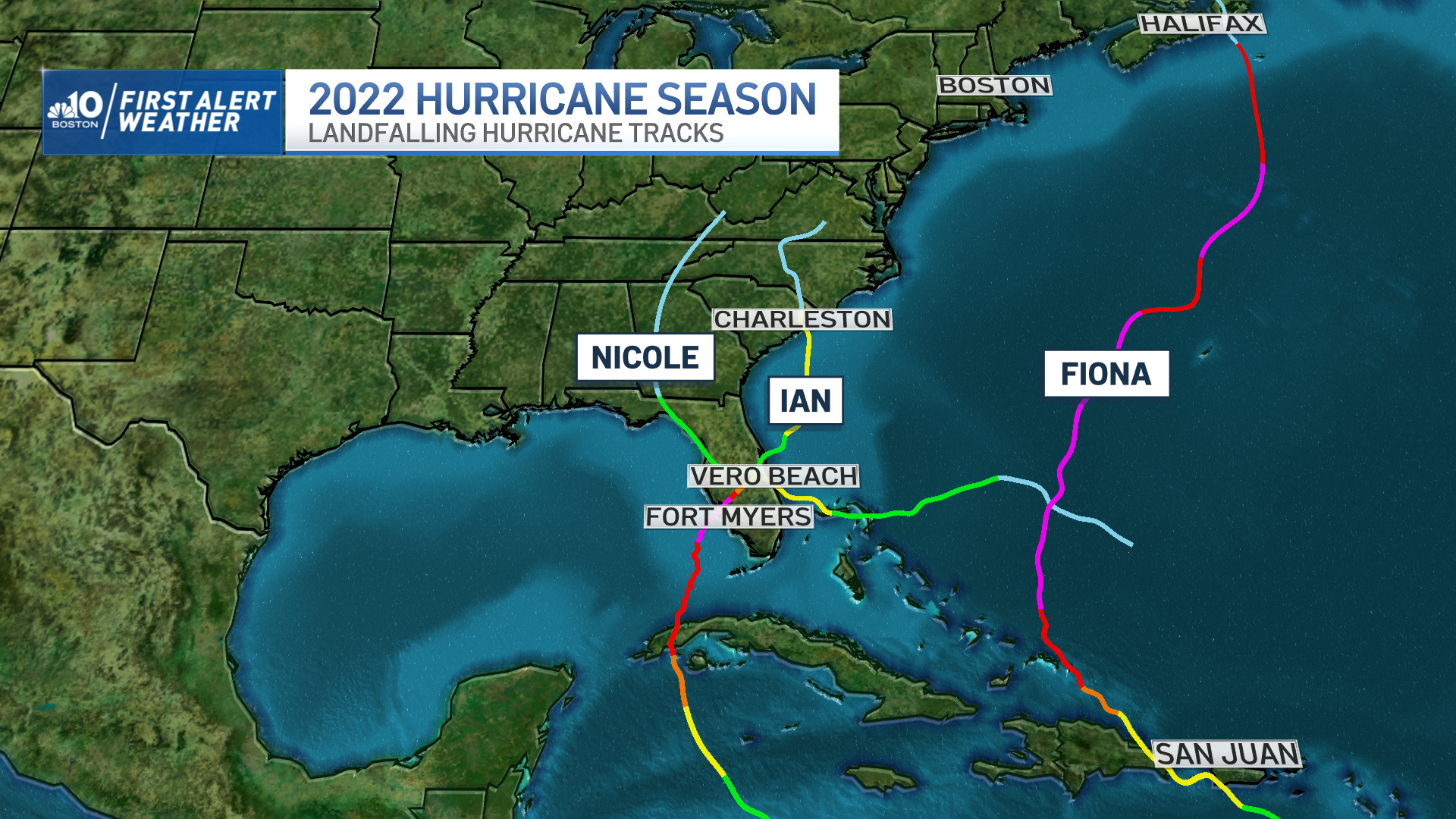 The 2022 Atlantic Hurricane Season is Nearing Its End

By late morning to midday, showers should exit and clouds will start to break, affording a brighter afternoon Saturday, with much of the day bright across northern New England where the showers both arrive and depart sooner.

Sunday sees the return of a south wind, which means warming temperatures and a bit more humidity, though nothing like the sweltering stretch we’ve just cleared. As the jet stream winds aloft set up into a “trough” – a dip that allows energetic disturbances to collect overhead – scattered showers and thunder become increasingly probable late Sunday, then likely will crop up again Monday, Tuesday and perhaps even a few into Wednesday.

By the end of next week into next weekend in our exclusive First Alert 10-day forecast, a bit deeper heat starts rebuilding into New England.