If you take 2016 out of the equation, our warm-up coming up would be record breaking.

Temperatures will reach the upper 60s and low 70s today and again tomorrow before a cold front rolls east. You might think that is near record territory, but in 2016 it was very warm across New England on March 9.

If you take 2016 out of the equation, our warm-up coming up would be record breaking. In 2016 we surpassed the old record high temperatures by 10 degrees. In 2016, Hartford reached the low 80s.

The showers that move through Tuesday afternoon and evening won’t amount to a whole lot. Rainfall amounts over the next 10 days look rather meager. As the cold front moves through temperatures will drop back into the 40s and 50s, which is still above average for this time of year. So far, the first was the only day with below average temperatures in March.

It doesn’t look like we will see another day with below average temperatures over the next 10 days, which takes us into the second half of March. 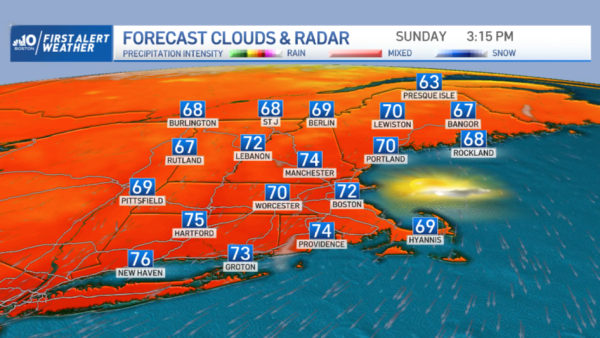 Mild, Clear Start to the Week

Although total rainfall amounts look light through the next 10 days, the next change for showers will be on Friday with drier weather moving in for next weekend. Stay tuned.