Another round of thunderstorms is on the way Tuesday and Wednesday

Sunday's poorly timed rain cloud has moved well to our east. It left in its wake mostly a dry air mass, but with some instability. That may trigger an afternoon thunderstorm, especially in New Hampshire and Maine.

Though there are not too many clouds in the sky today, that layer of smoke has returned, so it’s not exactly a blue sky. But we would consider it a nice summer day, a return to nice vacation weather. High temperatures in the 80s to near 90°.

Humidity is high near the south coast of New England, but low to moderate in central and northern New England. Our wind is mostly light from the west and southwest.

High pressure over the Great Lakes states is responsible for this nice weather, that high is going to continue in control through tomorrow morning, before the next front from Canada east is down from the north.

That will generate another round of thunderstorms tomorrow afternoon, more likely in Vermont and central New Hampshire. For southern New England we should have another mostly sunny day with temperatures again near 90° south, closer to 80° north. 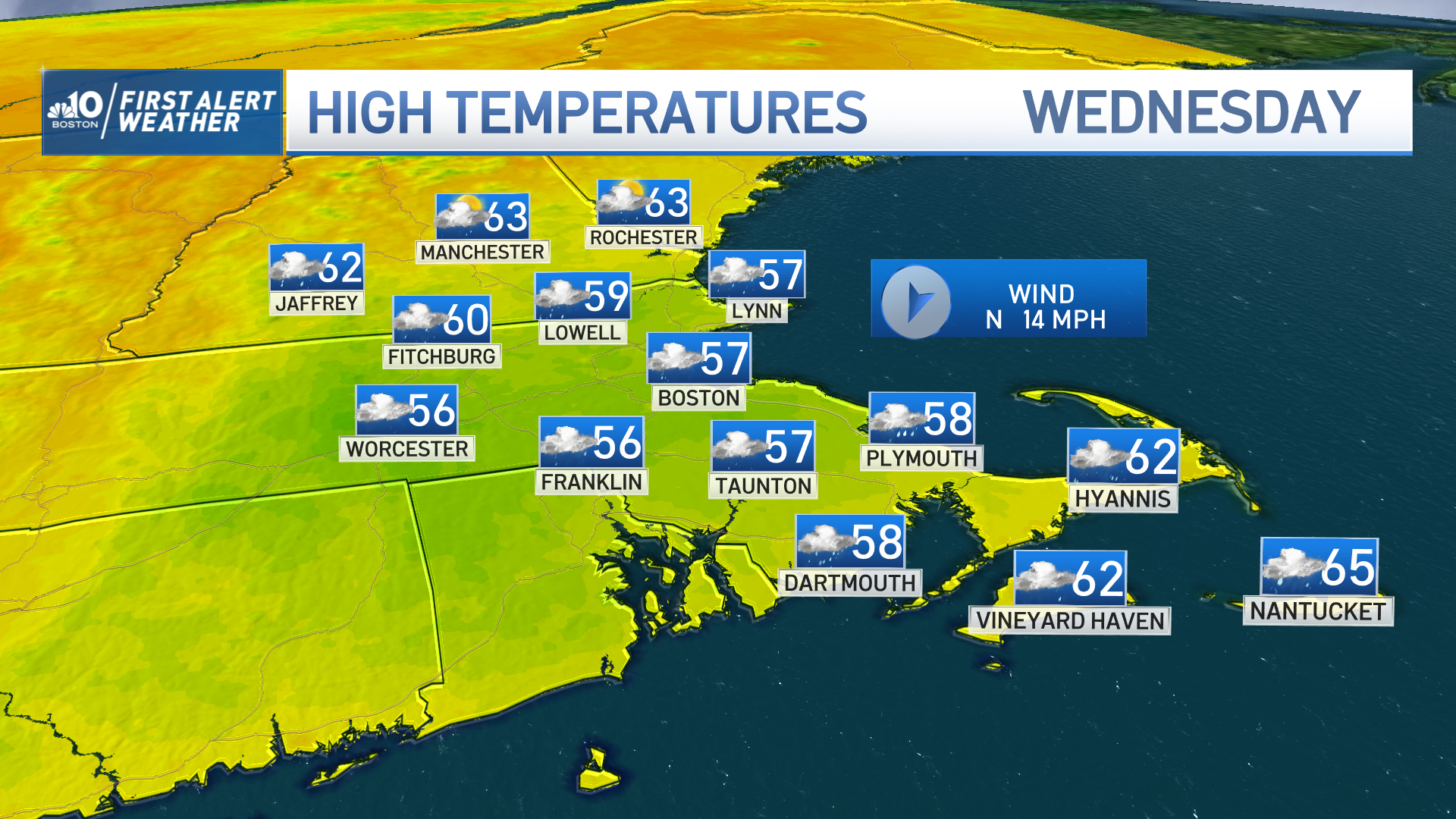 Scattered Showers Through Wednesday Ahead of Warmer Temps

The front will likely make it to the south coast on Wednesday, which is where the best chance of showers and thunderstorms will be first thing Wednesday. New cleaner air comes in for most of the region during the afternoon with a return to the sunshine and much cooler air with temperatures mostly in the 70s.

Things are moving right along though. The next front is coming on Thursday with a chance of showers and thunderstorms, a little bit like the weather we had yesterday, and temperatures in the 60s and 70s.

Another batch of fresh clean air from Canada comes in for Friday and Saturday. Right now it looks like the weekend should start off pretty nice as July transitions into August Saturday night.

Meanwhile, off the coast of Japan, tropical cyclone Nepertak it’s not looking that impressive. It is a threat for the northern region of Japan, likely north of Tokyo. We may have some rain and wind for the Olympic events tomorrow, and a little break from temperatures in the low 90s.

Stay tuned to our First Alert 10-day forecast for the latest updates in the still rather volatile weather pattern.