An incredible stretch of weather more typical of early summer than mid-spring is unfolding across New England. Our First Alert Weather Team predicts – averaged over the next ten days and beyond - a warmer-than-normal pattern will persist, though certainly some days may feature a wind off the cool ocean and occasional dips in temperature along the way.

You’ve heard our team of meteorologists mentioning the pollen count quite a bit lately and with good reason – the myriad tree pollen will continue to deliver very high pollen levels for several days to come.

The pattern of upper-level atmospheric disturbances touching off scattered showers, downpours and thunder in recent days will ease starting Tuesday – with just a 10% chance of an isolated shower or downpour from Boston Harbor southward through southeast Massachusetts including Cape Cod during the afternoon and evening – and the chance of showers becomes negligible by Wednesday.

It will take until evening Tuesday for sea breezes to develop gently, and by that point both beaches and interior will have reached near 80 degrees. The dry nature of the air has been allowing temperatures to drop noticeably at night, and for those without pollen allergies this has meant great nights to open windows and cool the house, and Tuesday night will be no exception.

With a lighter prevailing wind Wednesday, sea breezes will develop a bit earlier and be a bit stronger, meaning a greater difference in afternoon temperatures from 80s inland to 70s along the coast. On the water, our mariners and boaters continue to enjoy a great stretch of weather with seas no greater than one to two feet in near-shore waters, closer to three feet Tuesday offshore, on any given day this week.

After warmth peaks Wednesday in warmth on the southern side of the jet stream winds aloft (the jet stream is the fast river of air, high in the sky, that steers disturbances and separates cool air to the north from warm to the south) the jet stream will very slowly start to sag southward again, meaning the pathway aloft for disturbances slowly nears New England again.

Thursday sees a chance of late day showers or thunder mostly confined to northern and western New England, and while Friday’s chance expands a bit across New England, any showers or thunder is still expected to be limited and mostly late-day.  Things change on Saturday, as a stronger jet stream disturbance moves over New England and pulls a slow-moving cold front into the region, raising the risk for showers and thunder and they may not be confined to the afternoon; timing and intensity is something we’ll continue to nail down this week.

By Sunday, the slow-moving front may actually stall and turn around, allowing for some warming and a more scattered nature to any showers and thunder, with the focus shifting back toward afternoon and the bulk of the area expected to remain milder-than-normal through the end of the 10-day forecast, meaning our forecast from last week of “safe to plant” for all but the North Country of New England continues to look good, and some may even think about opening the pool! 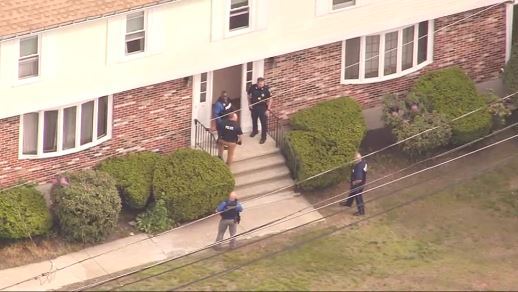 15-Year-Old in Custody in Connection With Gunfire in Randolph: Police