We have a dose of Indian summer this weekend. We’ve had our first frost, there’s a bit of a haze in the sky and temperatures are pushing 80 degrees inland, classic summer rebound in autumn.

The sky is brighter in Vermont, New Hampshire, and Maine than in Southern New England. This has to do with the remnant of tropical storm better now a little pressure system rippling along to start front south of New England.

That southern energy is added humidity and clouds with a chance of a sprinkle this afternoon. For most of us, the temperature is in the 70s, warmer though for the Canadian border woman he was it 80 degrees this weekend. About 20 degrees warmer than last weekend.

That cold spell last weekend was one of the coldest on record for so early in the season, and it resulted in a real acceleration in the trees changing color. We have peace foliage this weekend in the higher elevations of northern Vermont, northern New Hampshire, and northern Maine.

Color also is coming on strong in areas of central and southern New England. Today is international observation for the moon day. It’s a waxing harvest moon this evening.

The observers at NASA say that having part of the moon illuminated, and also part of it dark, really accentuates the craters and contrast on the lunar surface. They even request that we take photographs through our telescopes and share them with the world.

We have a few hours before the clouds and fog fill in again overnight, so the best viewing is just after sunset. The moon is in the southern sky riding low, just above Jupiter and Saturn. Also, Mars is getting brighter each night off east of the moon later at night.

Northern Lights: Your Best Chance to See the Aurora in New England 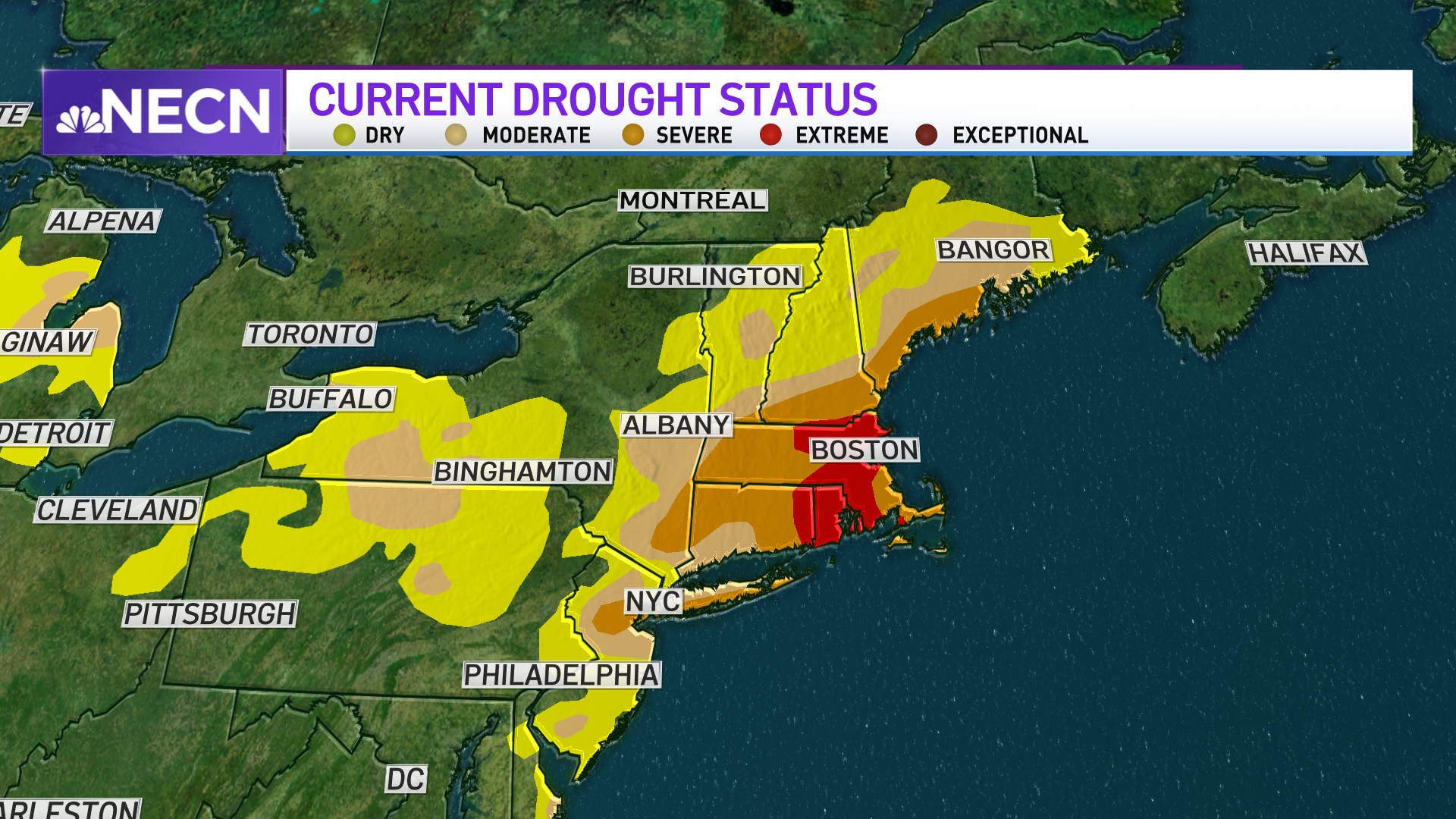 Tomorrow we wake up again with patchy dense fog and the temperature near 60 degrees. It may be a little tougher to get the sun to burn through the fog tomorrow and humidity is getting even higher.

We likely end up mostly cloudy in southern New England with a few showers possible. Once again it should be brighter to the north of temperatures in the 70s, closer to 80 degrees toward the Canadian border.

A very slow-moving cold front approaches from the west with bigger clouds for our Monday, better chance of a few showers and downpours. That front will take several days to go by, it’s a low confidence forecast, but we may end up with some appreciable rains as the temperature starts to slide back down to more seasonable levels as seen in our first alert 10-day forecast.