Sunny Saturday to Welcome the Weekend, With Record Temps Possible

Well the official start to summer may be over a month away, but this weekend will certainly go down as the first full summer “feeling” weekend of 2022.

Morning clouds and patchy fog (thick in spots) will burn off and give way to plenty of sunshine this afternoon.  Record high temperatures are likely again – mainly in northern New England where the thermometer will touch 90 for some! The remainder of the region will be well into the 80s with the obvious exceptions for this time of year; Cape Cod & the immediate South Coast (65-70 there).

There’s not a ton of forcing in the atmosphere today, but a few isolated thunderstorms may pop this afternoon and evening, particularly in far northern and western New England.  Remember, “when thunder roars, go indoors” – an important and go-to weather rhyme that will last us through the entirety of the summer months ahead.

Some passing showers overnight may yield a cloudy and damp start early for some of us tomorrow, but the sun is still anticipated to break out by mid to late morning.

We won’t be quite as warm; expect highs either side of 80 for most. Hit or miss thunderstorms will be possible, again, mostly in northern and western New England, although there’s a chance a few could meander east, so keep an eye to the sky if you have outdoor plans.

Monday will feature more widespread thunderstorms as a cold front approaches from the west. Ahead of it, we’ll still be warm, and storms will develop and move through from west to east during the afternoon to evening, respectively.  Some could become damaging, so for that, we have you on a First Alert. 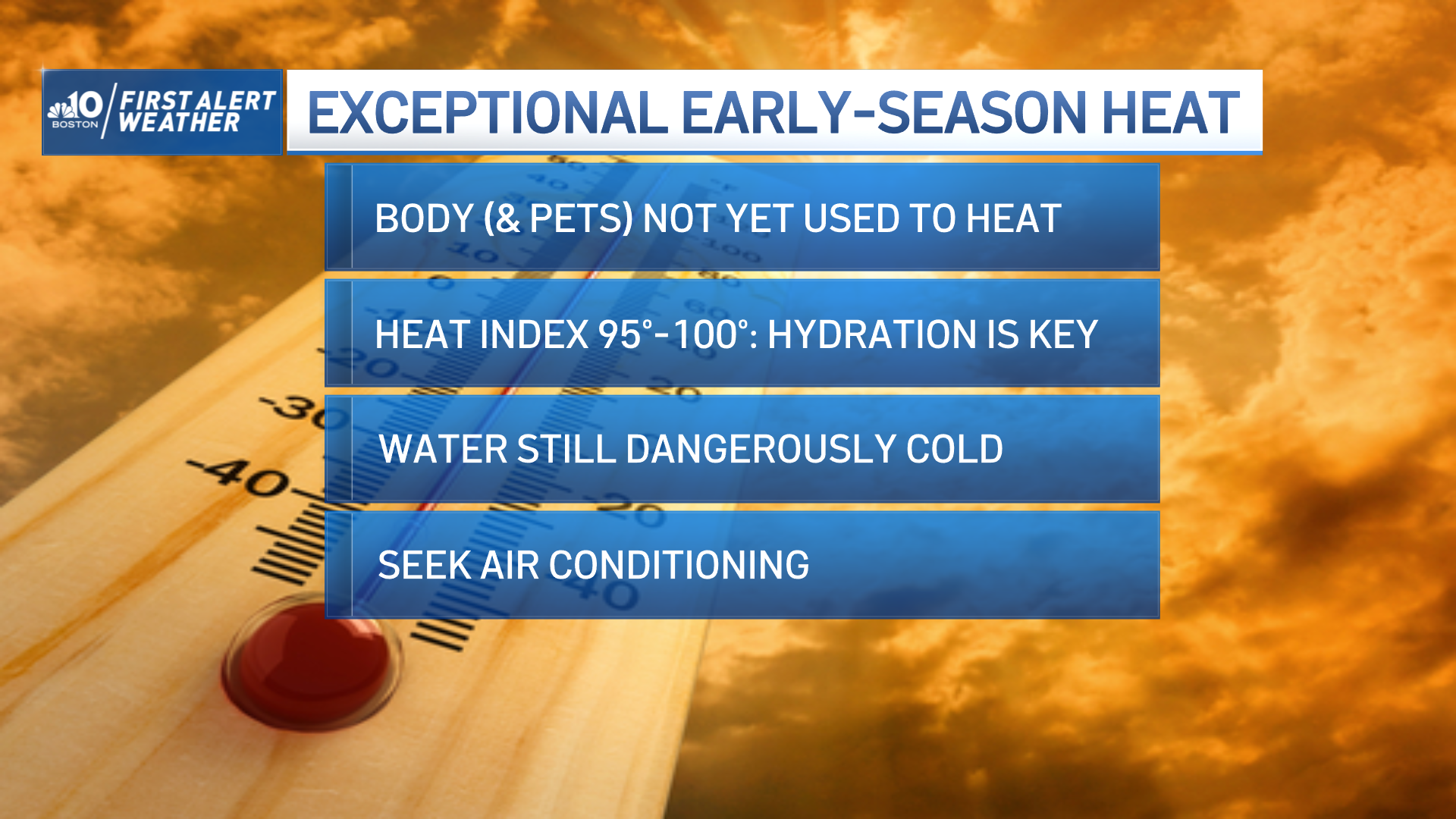 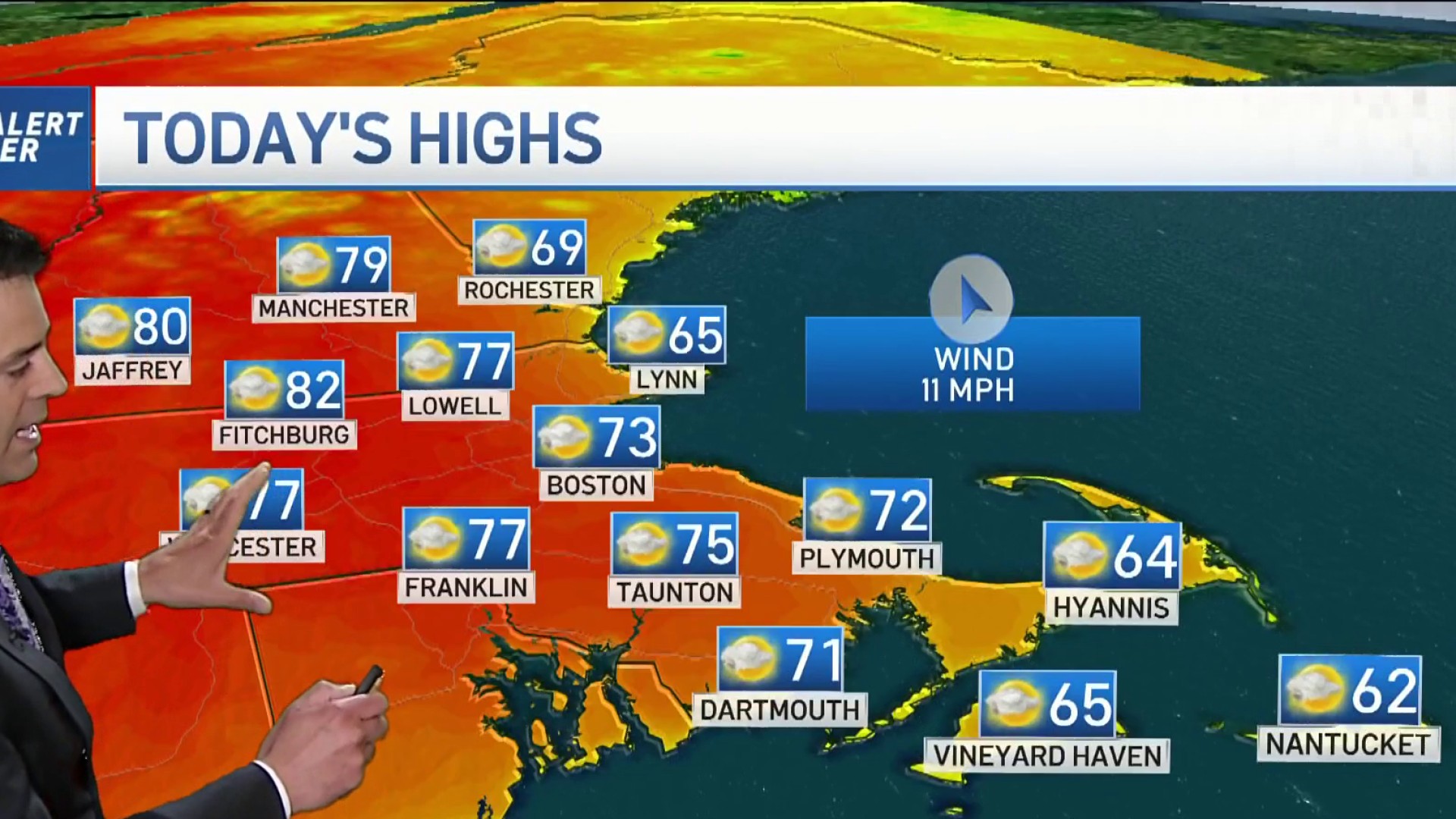 Behind that weather boundary, the remainder of next week looks fairly quiet and mild. Highs will be either side of 70 through midweek, and well into the 70s again by the of the week and next week.  Right now, shower and thunderstorm potential is fairly low for those days too – no wash outs and no big storms are anticipated.

As always, we’ll keep you posted on any changes in the days ahead. Enjoy the weekend!