Three days of sunshine are unfolding in New England as dry air both at the surface and aloft takes over through Friday. Early Wednesday morning clouds cleared from north to south and ocean-effect flurries shriveled on outer Cape Cod as the dry air muscling in from Canada simply overwhelmed the clouds.

The trade-off with this dry air and sunshine is the cool nature of Canadian air, with highs each day Wednesday and Thursday in the 30s and just barely over 40 on Friday. Nonetheless, the bubble of dry air over New England protects the northeast United States from a storm crossing the eastern United States from west to east during the second half of this week, delivering rain and snow to the southeast quarter of the nation but not able to turn north into our fair-weather dome.

The next storm will develop in the nation's midsection at week's end, and with our protective, dry, "high pressure" cell drifting east, this opens the door for that storm to track farther north than its predecessor. 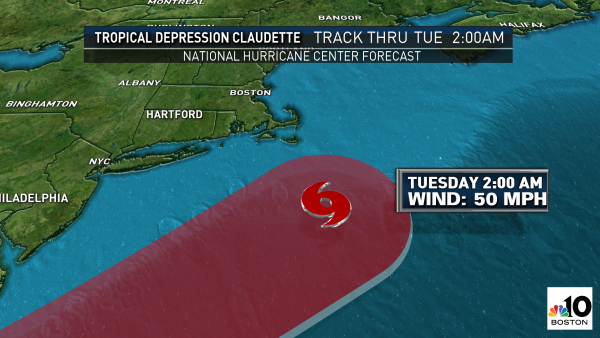 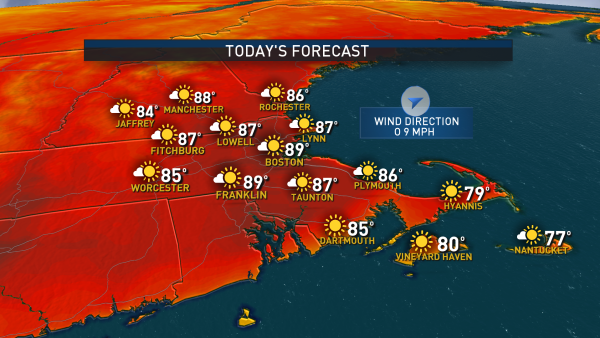 Sunday Will Be Gorgeous for Father's Day

Still, the storm-steering jet stream winds aloft that determine storm track will be located to our south, and this means the heart of this next storm should stay south of us, though we may be grazed by some snow or mixed snow and rain showers on the north side of the storm's large precipitation shield during the second half of Saturday or Saturday evening.

Right now, our exclusive NBC10 Boston/NECN Forecast System is indicating about a 50-60% chance of any snow or rain at all in Boston, with an 80% chance on Cape Cod, but it is also predicting only a coating to one inch of snow accumulation in southern New England. Given the reasons explained here, we think that's a decent early estimate, barring any major changes to the setup.

By Sunday, the storm will be chugging east of New England and a blend of sun and clouds returns with highs in the 40s and most of next week.

The first full week of February looks like it will feel more like early spring with high temperatures in the 40s on several days and even near 50 for some, though a storm by the end of the week raises the chance for either snow or rain, as colder air may move in concurrent with that storm. We'll keep you posted in our First Alert Forecast.