We’ve already seen snow in spots, but there hasn’t been a regionwide event yet. This storm will give it the college try.

Well that was a fun night.

Another gusty, squally front put an abrupt end to the warm temperatures. We’re left with the cold aftermath this morning, but really, is it that cold? The more numbing air will hang back over the Great Lakes. Our highs, in contrast, recover to the low 40s with a steady breeze from the northwest.

Sure, I’m foreshadowing the milder temps in the 10 day. But for the short term, we turn our attention to the chill…and the snow.

Tricky forecasts are the norm as we transition to any season. It’s definitely compounded by the angst that snowfall forecasts bring in winter, however. This particular setup is no exception.

Although we’ve already seen snow (and accumulation) in spots, there hasn’t been a regionwide event yet. This storm, with its track far to the south and east over the water, will give it the college try.

The amounts aren’t worthy of a run to the store for milk and bread, but it’s a light accumulation that may get the side roads a little slick in spots. Pacing will be light, but the greatest chance for accumulation is later in the day…as the temps cool and we take to the roads during the evening drive. 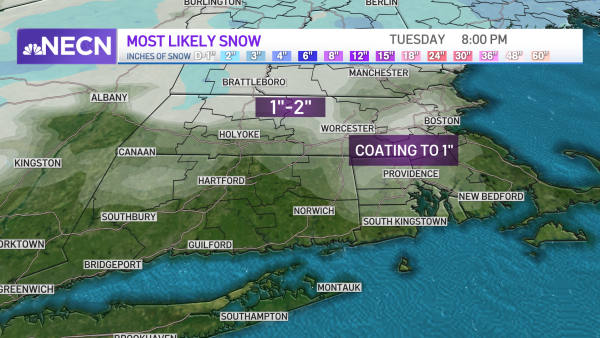 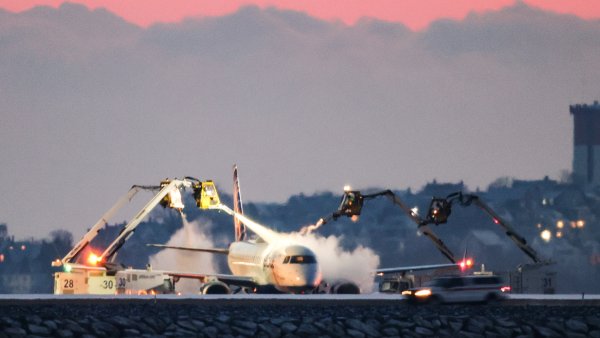 A little snow will break out in the morning, but it should be offset by marginal temps and light intensity. Localized snow clusters will form by afternoon and evening as the storm feeds off of the milder ocean temps and some convergence (wind blowing together) along the coast.

All tolled, one to two inches are possible away from the coast, with perhaps a coating on some sidewalks, car tops, porches and grassy surfaces near the coast. All of it comes to a close later into Wednesday night.

Colder temps will settle in Thursday morning, but highs should recover to near 40 by afternoon. The warmup for the weekend starts on Friday with a few showers….then we blow the doors off winter with the weekend forecast and beyond.

It’s a stretch of mild temperatures that promise to keep the lawns (somewhat) green and the holiday season out of whack with the calendar. That sounds like a familiar theme from Decembers past.