The storm brought localized 60 mph wind gusts with hail, torrential rain and lightning to areas like Wellesley, Newton and Needham.

The second advisory of the day was issued by the National Weather Service just after 8:30 p.m. and it remained in effect until 10:15 p.m. for Suffolk, Norfolk, Essex, Plymouth and Middlesex counties. While the warning has expired, the weather service cautioned that gusty winds are still possible with this thunderstorm.

See the latest details on all active weather alerts here.

Soaking rain occurred with this storm, which has a history of wind damage, and the potential to lead to flash flooding. Meteorologist Matt Noyes said on Twitter the storm was bringing localized 60 mph wind gusts with hail, torrential rain and lightning to areas like Wellesley, Newton and Needham. The storm, with its history of widespread downed trees and power lines, downed trees in at least Clinton and Lancaster.

Those affected were cautioned to expect wind damage to trees and power lines. Minor hail damage to vehicles was also a possibility. 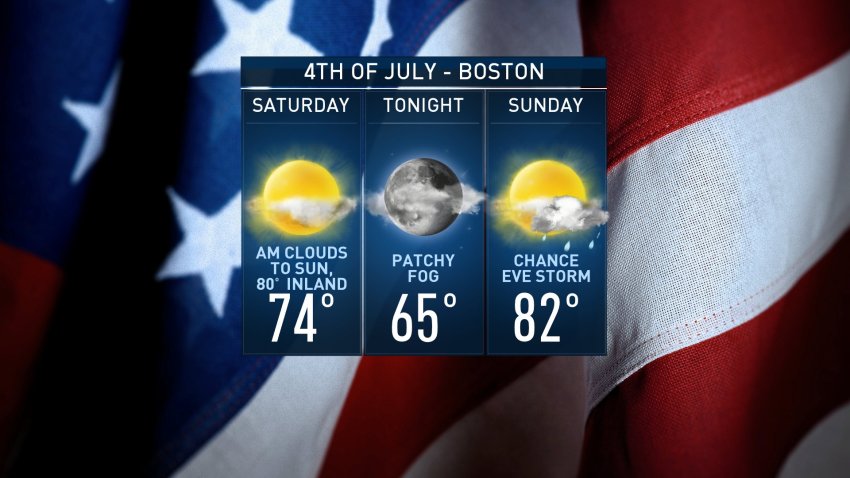 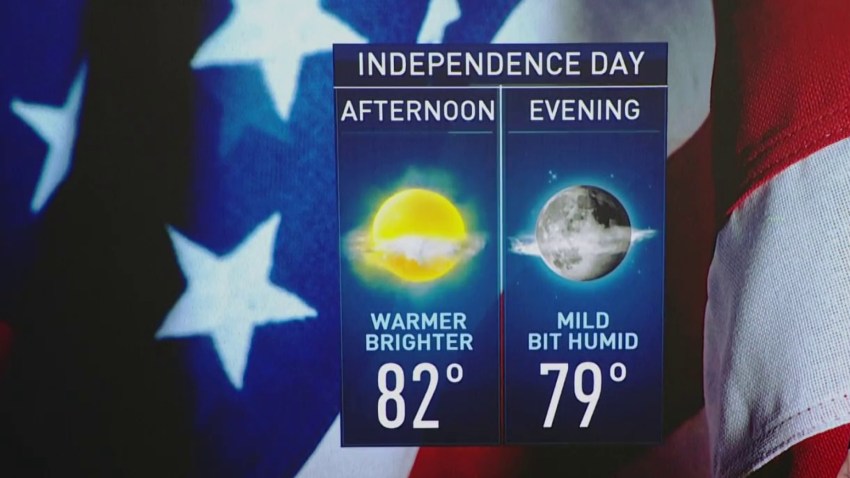 A severe thunderstorm watch was in place for much of New England on Saturday, stretching from north central Connecticut to southern Maine, covering much of Massachusetts, all of New Hampshire and northern Rhode Island.

It was quite the event with damaging wind and torrential rain, though not everyone saw a soaking rain.

The thunderstorms moved through quickly, however, moving over 40 mph. The winds associated with the storms were in excess of 50 mph in Wrentham and Norwood; in excess of 40 mph in Webster, Mendon and Lawrence; and in excess of 35 mph in Hanover.

The watch was in effect from 12:25 p.m. through 8:03 p.m., the National Weather Service said in its advisory, which had cautioned the storm environment was capable of producing damaging winds and isolated large hail.

There are a couple of leftover showers and sprinkles this evening from Hyannis on out to Provincetown. Wellfleet could even see a burst of rain.

Following a muggy and warm start to the morning with even a few strong storms with small hail and damaging wind in Maine, the temperatures got out of hand Saturday, hitting 90 degrees in Boston.

A cold front accompanied by an area of low pressure was responsible for the scattered showers and thunderstorms that hit Saturday afternoon, where conditions evolved quickly.

While everyone didn't get to experience the rain, those who did may have had to deal with lightning, downpours, small hail and wind gusts up to 60 mph. This created the potential for isolated power outages.

High temperatures were well into the 80s with a gusty wind from the southwest and dew points in the 60s for many. Showers and storms should taper off by sunset, once we lose daytime heating and the cold front has passed -- which will drop dew points into the 50s, making it feel comfortable once again.

Tonight, expect partly cloudy to mainly clear skies with lows in the 40s north, 50s to around 60 south. A night where you can give your A/C a break and open the windows.

Sunday features plenty of sunshine in western New England but clouds will bubble up in eastern New England, with a few instability sprinkles possible. High temperatures will be in the 60s in the higher elevations and near the coast with 70s inland.

Sunday night features a clear sky with a low temperature in the 50s south, 40s north. Parts of northern Maine may fall into the 30s once again, a lot like last Monday.

Monday and Tuesday will be beautiful with sunshine and dry air. Highs will be in the 70s Monday while a bit warmer Tuesday, as head back into the 80s.

This weekend we are tracking tropical storm Cristobal in the Gulf of Mexico -- a storm headed towards Louisiana, where storm surge warnings and tropical storm warnings are already in place.

The forecast indicates a possible landfall Sunday afternoon as a strong tropical storm. Then it races north up the Mississippi River Valley and into Canada by Wednesday.

On our exclusive 10 day forecast, the chance for rain returns by the end of the week.