And our next cold blast will take place on Saturday, bringing afternoon highs in the teens for much of the south and single digits in our northern states

On Wednesday afternoon, we finally got to see temperatures in the 30s again, although the wind takes us a step back and brings us to reality -- our wind chills bring us to the 20s through much of New England in the afternoon.

A break in the clouds gave us some nice time with the sun, but they'll be increasing Wednesday night, and our lows will reach the teens in the far northern country and stay in the 20s across much of New England.

But when does the real improvement in temperatures come? That’s Thursday! Our wind speeds will decrease and allow us to actually feel closer to our thermometer readings. Temperatures will reach the upper 30s to 40s in central and southern New England and 30s across much of the north as well.

Friday will have a lot more cloud coverage, with an offshore storm nearing us and clipping southern Massachusetts with some rain and snow, as well as the shoreline in Maine. Total snow accumulation won’t be much, from a coating to an inch or two.

If this low pressure system shifts closer to the west, that would mean our snowfall amounts would increase and the expected territorial coverage would also increase further inland. 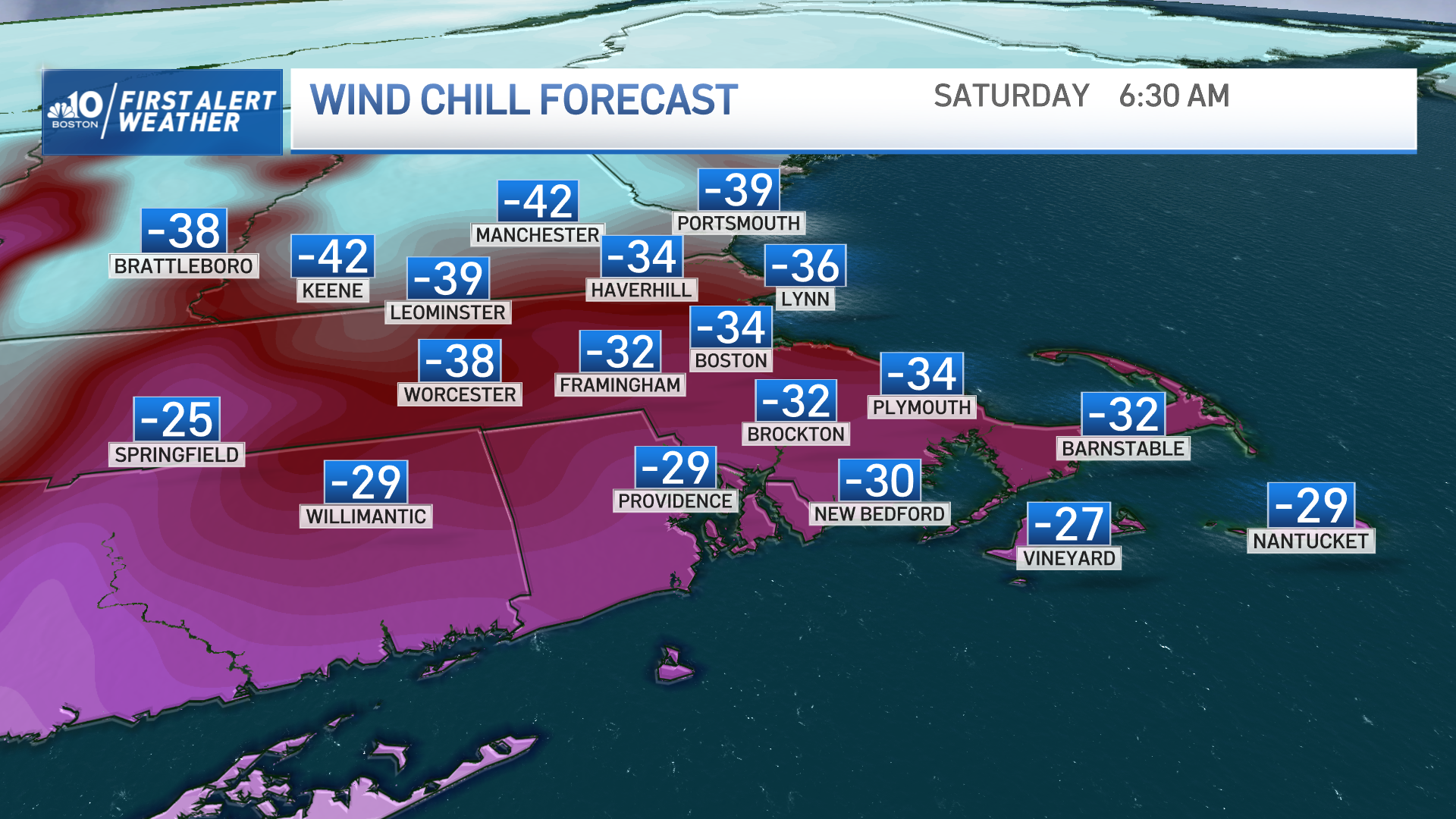 Our next cold blast will take place on Saturday, bringing afternoon highs in the teens for much of the south and single digits in our northern states. This is the day we’ll need to wear several layers once again, keeping the hats and gloves on.

Sunday night into Monday will feature a snowstorm, for which a First Alert Stamp has been added in our Exclusive 10 Day Forecast.

We’ll be watching for higher snowfall amounts across the northwest and the west. The rain/snow line might end up close to central Massachusetts, but despite the divisionary line, areas north of it will likely get plowable snow with significant amounts in the most affected parts.