We're in the midst of a very busy pattern in New England that could bring Boston and much of the area its feet appreciable snowfall of the season.

Clouds will be on the increase on Tuesday night with temperatures dropping into the 20s south and teens north, rising slightly late as winds turn more southerly.

A weak system will pass through the region Wednesday bringing mostly rain showers south. However, with some cold air holding onto portions of the interior, we could see a bit of sleet and freezing rain at the onset, but by the mid-morning, temps should rise above freezing as milder air flows into the region via a southerly airflow.

The mild air will have a tough time making it into central and northern New England which is why we’ll see rain/snow showers much of the day as colder air holds on, especially in the low levels. Highs reach the mid-40s to low 50s south, 30s north.

Colder air moves back into New England Wednesday night, with clearing skies behind a cold front which will bring seasonable and dry conditions to the region on Thursday.

Though we’re several days away, forecast models, including our own in-house model, are becoming more consistent, showing a sizable snowstorm for much of the area, including the City of Boston, which is still waiting for its first 1-inch snowfall.

There are still some details to work out, such as the storm’s exact track and where the snow/rain line sets up, which looks to be across southeastern Massachusetts.

Your First Alert Team will busy tracking this one, so please stick with us for future updates. 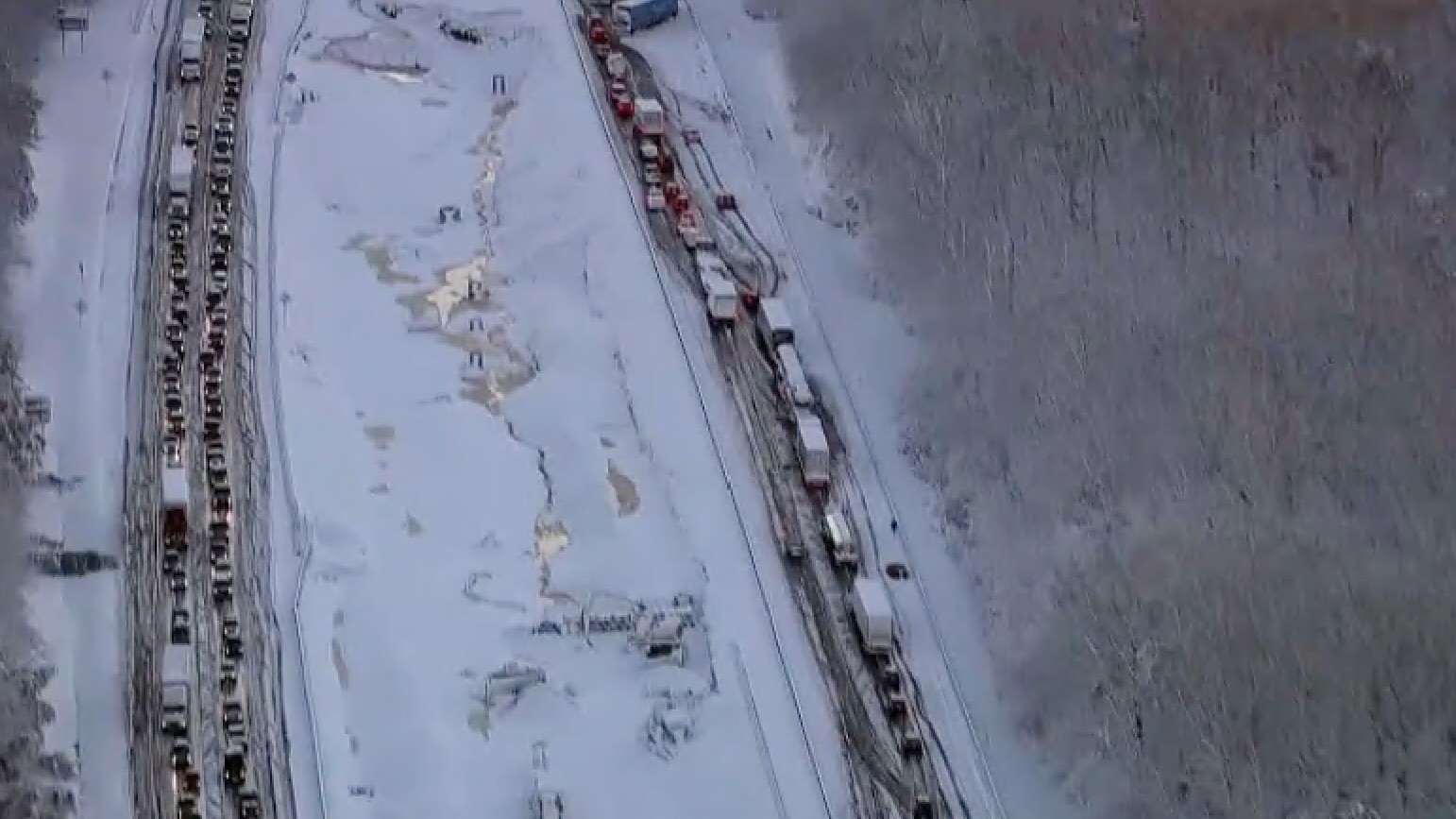 ‘A Miserable Experience': Drivers Stranded Over 24 Hours on I-95 in Virginia 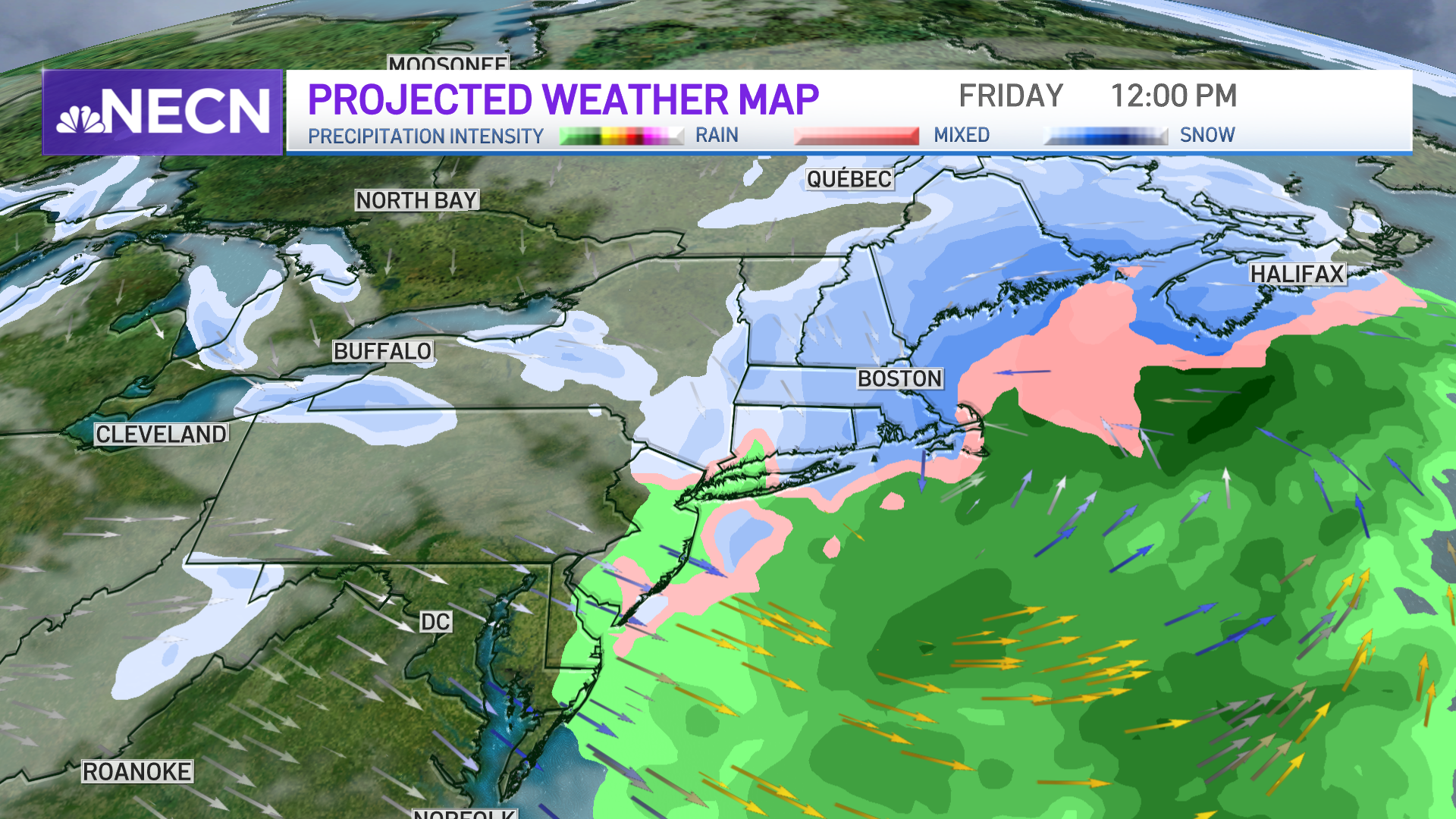