Multiple rounds of showers and thunderstorms are anticipated, with the potential that a few storms become damaging

It’s a bit of an unsettled start to the week in New England, with wet weather and the threat for thunderstorms in the forecast both Monday and Tuesday.

An upper-level low to our northwest will approach the area over the next 24 hours, accompanied by a few fronts at the surface. These boundaries will serve as the triggers for some convection, mainly in western New England Monday evening and regionwide Tuesday.

The biggest threat Monday evening will be the potential for localized flash flooding in Vermont and western Massachusetts, as any storms that develop will be slow-movers, capable of dropping a couple inches of rain in short period of time.

Areas of fog, clouds, and leftover showers overnight will give way to some breaks of sun by Tuesday afternoon.

While that will mean warmer temperatures Tuesday, it also means more instability -- or “fuel” -- for storms to develop. I think thunderstorms may start to crop up as early as midday, with the most widespread and intense action centered between 2-8 p.m.

I’m not expecting widespread severe weather, but an isolated strong to severe storm can’t be ruled out. Definitely be weather-aware, and have a backup plans to get inside should a storm head your way. 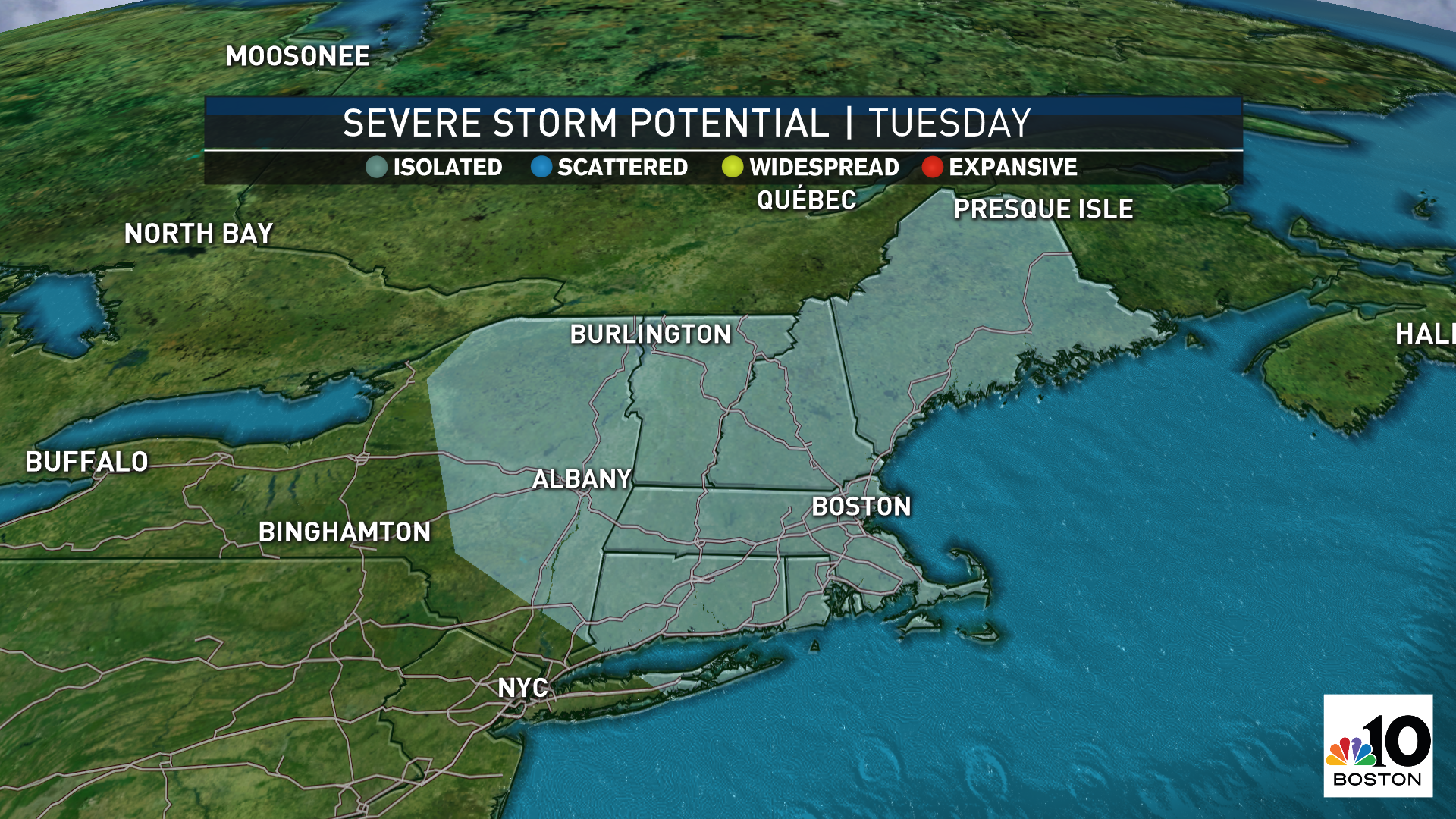 Refreshing air will arrive by Wednesday. Expect highs in the 70s with ample sunshine and low humidity. A similar day is in store for Thursday before a warming trend takes place Friday and Saturday.

Right now, a cold front looks to swing through on Saturday with a chance of thunder before drier air works in again in time for Father’s Day.

Of course, next week is the official start to summer (which is Monday, with the summer solstice) and our weather will certainly fit the bill. Highs will be around 80 with some humidity and occasional pop-up storms.

Oh and by the way – Tropical Depression 2 developed Monday morning off the coast of North Carolina. This storm could become Tropical Storm Bill later in the day or on Tuesday … but will stay away from the United States.