Friday started off mild with temperatures in the 40s and 50s which will give way to very warm afternoon, as highs will soar into the 80s, except along the South Coast, Cape Cod and the Islands where temperatures will be in the 60s to around 70 due to an ocean breeze.

If you have plans to be outdoors today, make sure to apply sunscreen because the UV index is very high and you will burn quickly. Sunglasses will be necessary as we are tracking a mostly sunny day across the region.

Tree pollen continues to be an issue. It is thick in the air and on everything outside.

Our beautiful stretch of weather is coming to an end tonight as our dome of high pressure moves away and it allows for moisture to approach from the southwest as the system that impacted the Ohio River Valley and Mid-Atlantic will finally move northeast bringing spotty showers into Connecticut late tonight.

Clouds will also increase ahead of this next system, keeping lows in the 50s to around 60.

The area of low pressure will pass to our south, but close enough, that it will trigger showers for southern New England Saturday, especially across Connecticut, Rhode Island, Cape Cod and the Islands.

While we are expecting a mostly cloudy day with scattered showers in areas south of the Massachusetts Turnpike and temperatures in the 60s during the morning but dropping into the 50s during the afternoon… thanks to onshore flow, to the north, mostly sunny skies will rule with highs in the 70s. 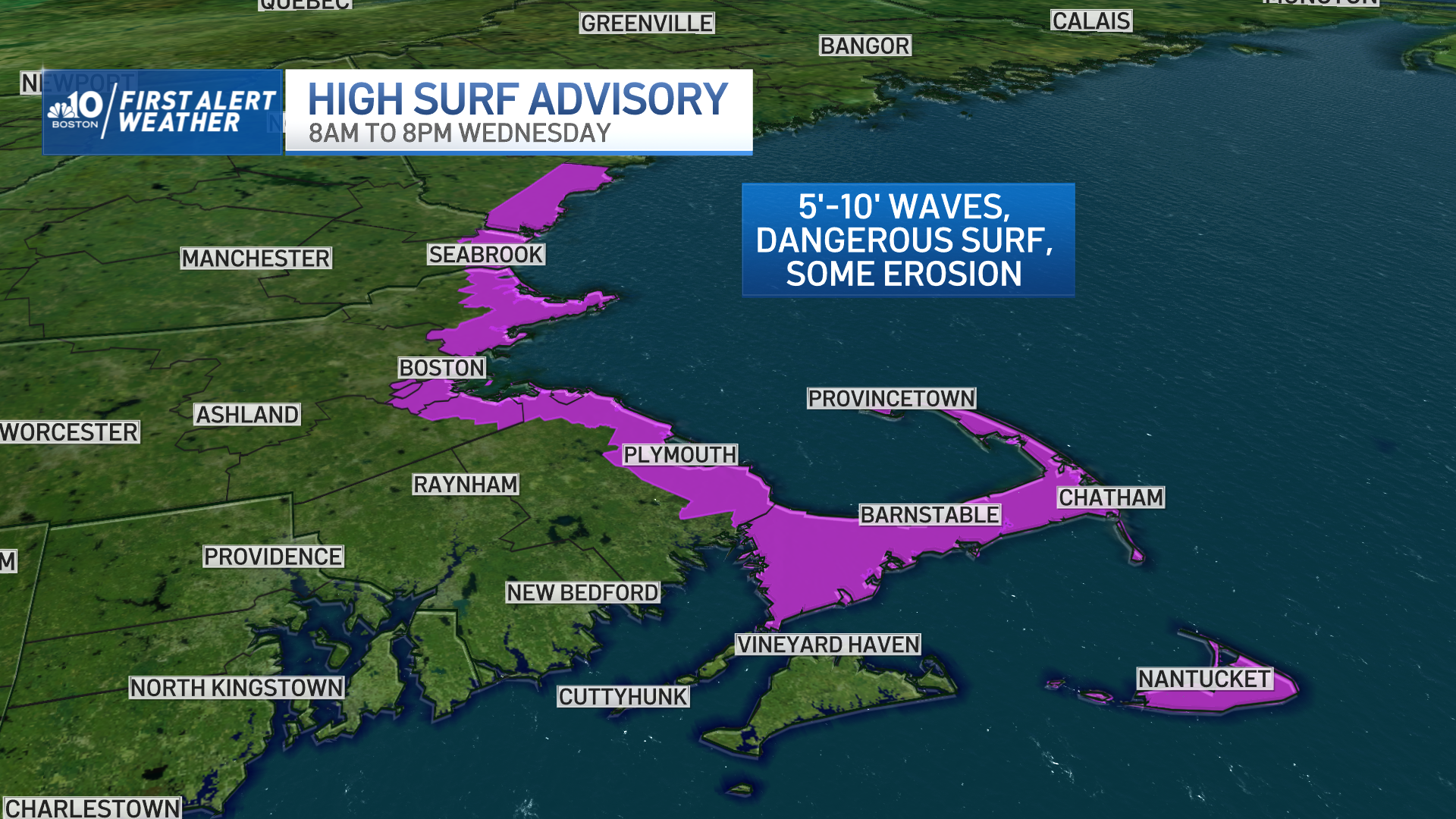 The weather will improve Sunday with more sun than clouds but still cool with highs in the 60s to around 70 away from the coast, though 50s near the ocean due to onshore wind.

Memorial Day Monday features a mostly sunny day with temperatures near 70 degrees but still cool near the ocean courtesy of an easterly wind.

By next week, it will feel like summer once again as highs are expected to soar into the 80s but there's also a chance for showers in northern New England Wednesday and another round Saturday with a few thunderstorms as a cold front passes over the region.

Our First Alert 10-Day forecast shows a drop in temperatures and humidity for the last day of the month.