Warmest Temps of 2021 Have Arrived, and More's Coming. We're Watching These Records

We expect highs in the 60s to around 70 in southern New England, 50s to 60s north on Thursday

Clear skies prevail Tuesday evening and overnight as the wind relaxes. We do have one more cold night in the teens and 20s north and in the low 30s south before milder nights are forecast.

On Wednesday, we see lots of sun again with overachieving temperature potential, but with the relaxed wind, sea breezes develop at the coastline. Temperature will stay in the 40s to around 50 there with the ocean temp. sitting around 40 degrees. Inland areas will again see mid to upper 50s.

The wind picks up by evening and into Thursday, from the south and southwest, with gusts up to 30 mph. This helps to usher in the warmer temperatures for the end of the week.

Highs on Thursday and Friday will be in record territory in southern New England. The clouds increase a bit which is also an indication that the humidity levels rise from dewpoints in the 40s on Thursday to the 50s on Friday.

Winter Chill On the Way, Snow for Some This Weekend 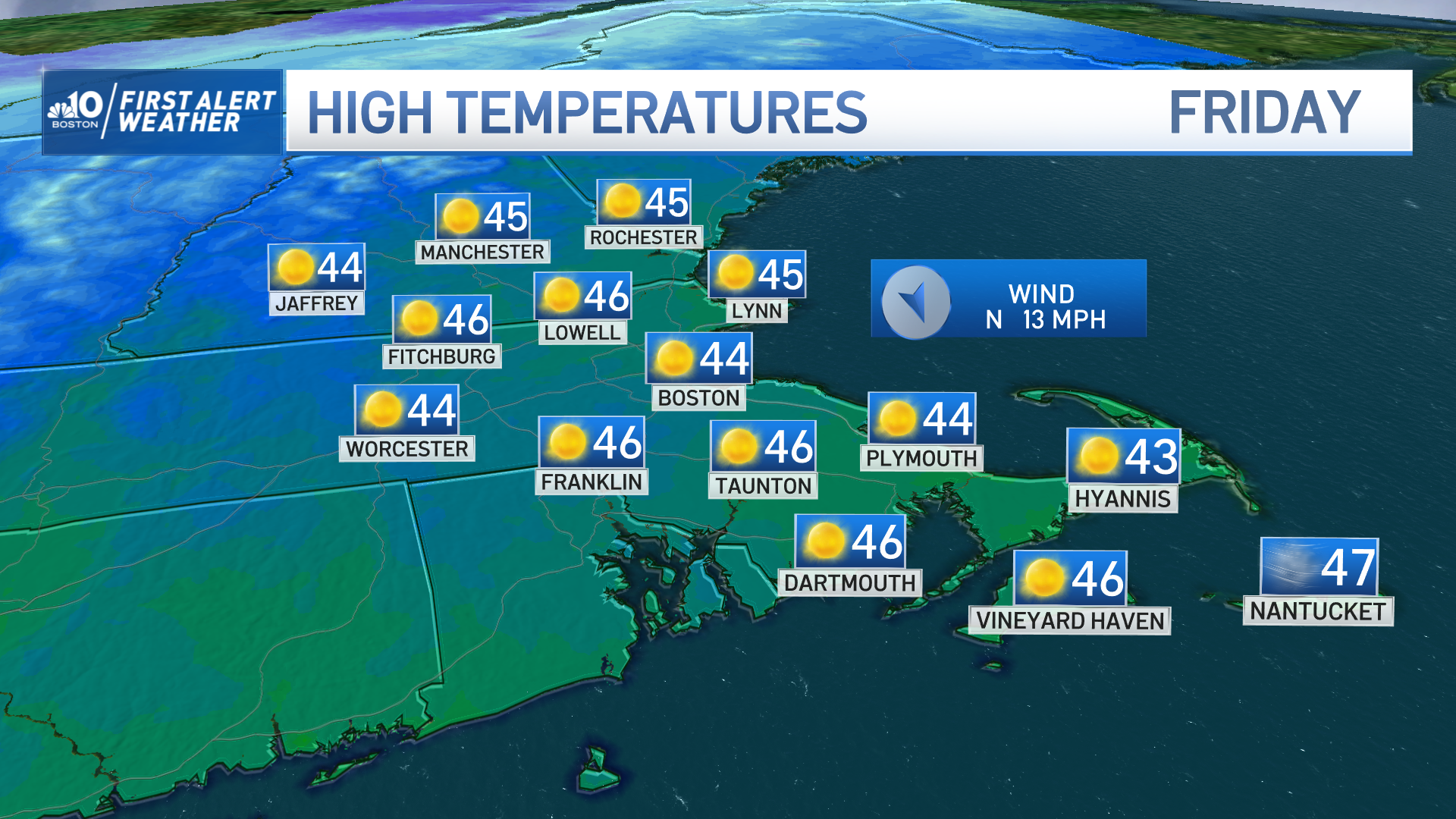 Cooler Air Blasting in Ahead of Weekend

Here are some records we will be watching:

Colder air returns for the weekend with a wintry mix possible in the mountains on Saturday. Highs in the mid 40s Saturday and in the upper 30s on Sunday.

Next week we stay around normal for mid-March with highs in the low to mid 40s all next week.