Friday's weather broadcasts are loaded with information, as New England spring lives up to its reputation of producing a cornucopia of weather.

We start Friday with sunshine and a busy breeze bringing temperatures in the 40s but feeling like the 30s. The wind blowing out of the west-southwest, coupled with the bright morning sun, brings a promising boost of temperatures to 60 degrees for most by Friday afternoon.

In the dry air, our leftover dry leaves and dead brush from last year – known as “dry fuel” in the fire world – will combine with the busy breeze to bring high to very high brush fire danger. Any fire that develops (mostly owed to cigarettes and brush burning in New England) could spread quickly.

Nonetheless, a storm center is poised to intensify as it moves northeast from the Ohio Valley to New England, arriving late Friday and crossing through the region overnight.

The system will deliver clouds Friday afternoon, initial scattered showers expanding from the southwest across New England Friday late day and evening, then rain Friday night... for most.

Not all of New England will see only rain Friday night, as the storm center is rippling along a cold front that represents the leading edge of a meaningful shot of chilly weekend air. Where that new air arrives first, rain will change to snow in northern and western New England, even into the hilly terrain of northern and western Worcester County.

On the southern edge of the snow, only a coating on the grass is expected overnight with wet roads. The farther north in New England one is, the greater the impact from snow with a heavy dependence on elevation. Generally, one to three inches of snow will accumulate in northern and western New England with deep valleys seeing less, high terrain seeing more and roads impacted only where two inches or more falls.

Most of the rain and snow kicks out by dawn Saturday, except for northern New Hampshire into Maine, where snow still falls Saturday morning. A blustery blend of sun and clouds will take over elsewhere in New England with wind gusts up to 45 mph late in the day. With it, the wind brings the chance for an isolated tree or limb down, a wind chill factor that never rises out of the 30s, actual highs in the 40s and a few sprinkles and flurries cropping up from time to time.

The cold air will feel chilly - more typical of the final days of March - but for most, probably won't quite be record cold. Saturday's coldest high temperature in Boston, for instance, is 45 degrees, but we are forecasting 49 degrees.

Similarly, the overnight low temperature record in Boston is 34 degrees. While we are predicting near-record cold at 36 degrees, the temperature may dip just enough to tie the old record cold, but most spots will probably fall just shy.

Still, Saturday night reinforces the old school New England thought of waiting to plant until later in May. We’ll drop into the 20s and 30s and the wind will continue to whip.

The wind continues to gust as high as 35 to 40 mph on Sunday, but the chill relaxes as highs climb to 55 to 60 degrees by Mother’s Day afternoon under a fair sky.

An approaching disturbance Monday may deliver some scattered showers, which should leave a quick shot of cool air in its wake Tuesday and Tuesday night. A warming trend is still indicated for the end of next week in our exclusive First Alert 10-day forecast, though the chance of showers is likely to rise with that warmer air. 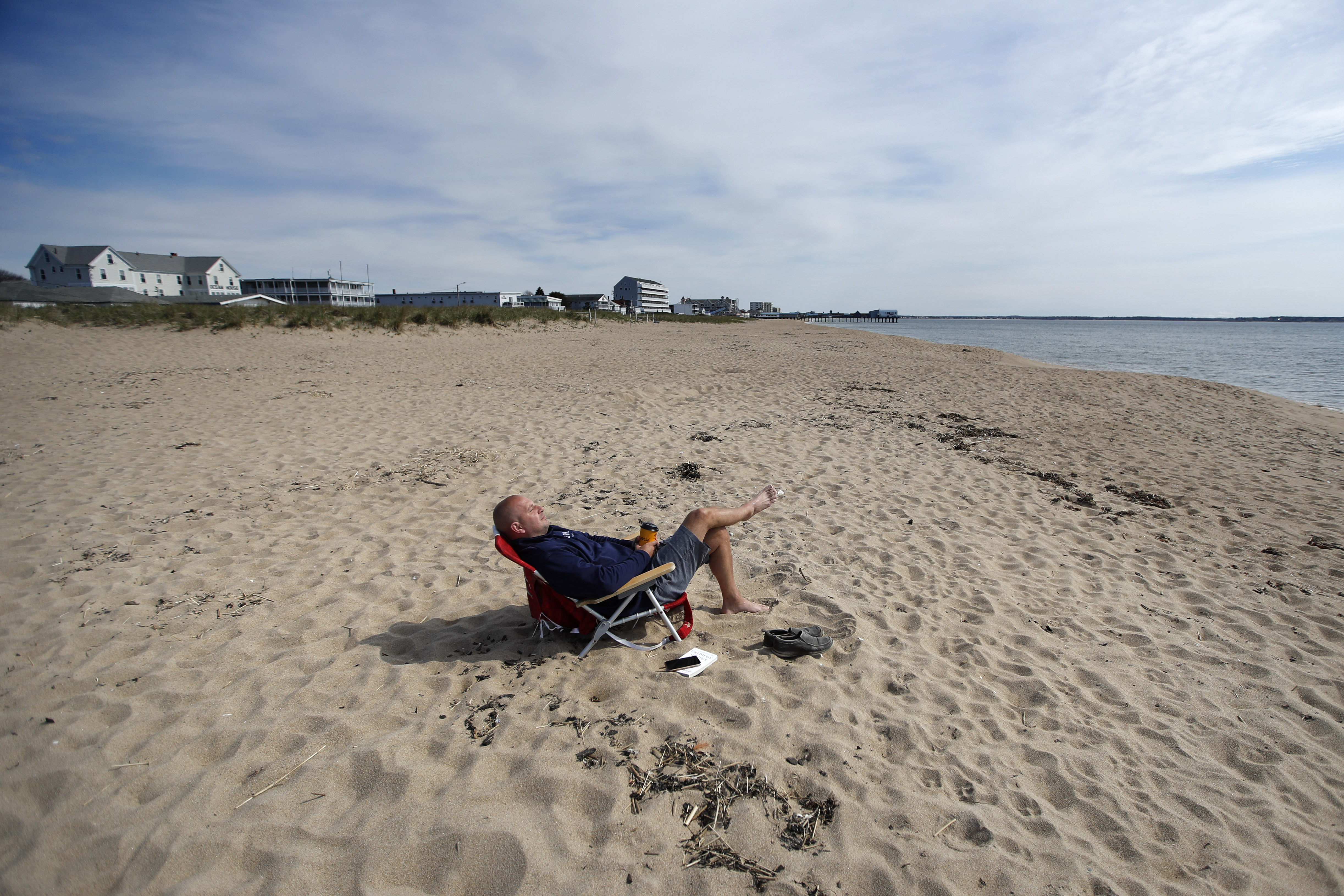 New England Starts to Reopen Even as Coronavirus Concerns Persist

Golf Courses Reopen in Mass.: What to Know Today About Coronavirus in New England