Weekend Warmup: Temps Expected to Reach 80 Degrees for Much of New England

Wednesday brings the most widespread clouds of the week with a few sprinkles from time to time after early morning showers fell from parts of the South Shore of Massachusetts to Cape Cod.

The change in weather isn’t marked by a change in wind – the wind is still blowing from the northeast, off the ocean in southern New England – the difference is, after several days of dry air overwhelming ocean moisture, the air has finally moistened a bit.

This mostly is happening from Rhode Island to Worcester to Manchester points southeast, with the rest of central, western and northern New England still seeing sunshine.

While the increased moisture in the air helps to lower the brush fire danger from high to moderate in eastern southern New England, it remains high in parts of northern New England, where multiple brush fires continue to burn, including one that is burning for its third day in the White Mountain National Forest.

Of course, without meaningful rain, the pollen count remains quite high. As the northeast wind gradually abates through Thursday, the ocean will slowly play a more limited role in the weather and big surf will quiet as well. But at this time of the year the impact is almost never moot for most. For instance, pockets of fog will develop overnight Wednesday night into Thursday morning along with widespread clouds in the southern half of New England as we cool with the slightly increased moisture in the air.

On Thursday, the wind will turn light and variable before gently blowing from the southeast, bleeding more moisture into the air of New England. While afternoon sun should break through morning clouds and boost temperatures for nearly all, with highs in the 70s inland and 60s closer to the coast, fog and clouds will fill in again Thursday night and linger into Friday morning before emerging sun boosts temperatures into the 70s for most and the 80s in some of northern New England away from any ocean influence, with 60s before a sea breeze at the coast.

This weekend, the southerly wind strengthens, which should mean daytime high temperatures climbing over 80 degrees for much of New England, this time probably including some of the eastern shoreline, though a south wind does blow over the Atlantic Ocean for any south-facing coastlines, where pockets of fog, clouds and even a touch of drizzle at times will float in and out Friday into the weekend.

As humidity increases noticeably Saturday and Sunday, it won’t necessarily turn sticky for most of New England, but coming off a stretch of very dry days, the moisture will be palpable in the air and also will encourage some isolated afternoon showers inland Saturday, and scattered afternoon thunder Sunday.

A cold front passing through New England Monday will touch off more scattered thunder before drier air – but still very pleasant temperatures – settles in for the middle of next week, evident in our First Alert 10-day forecast. 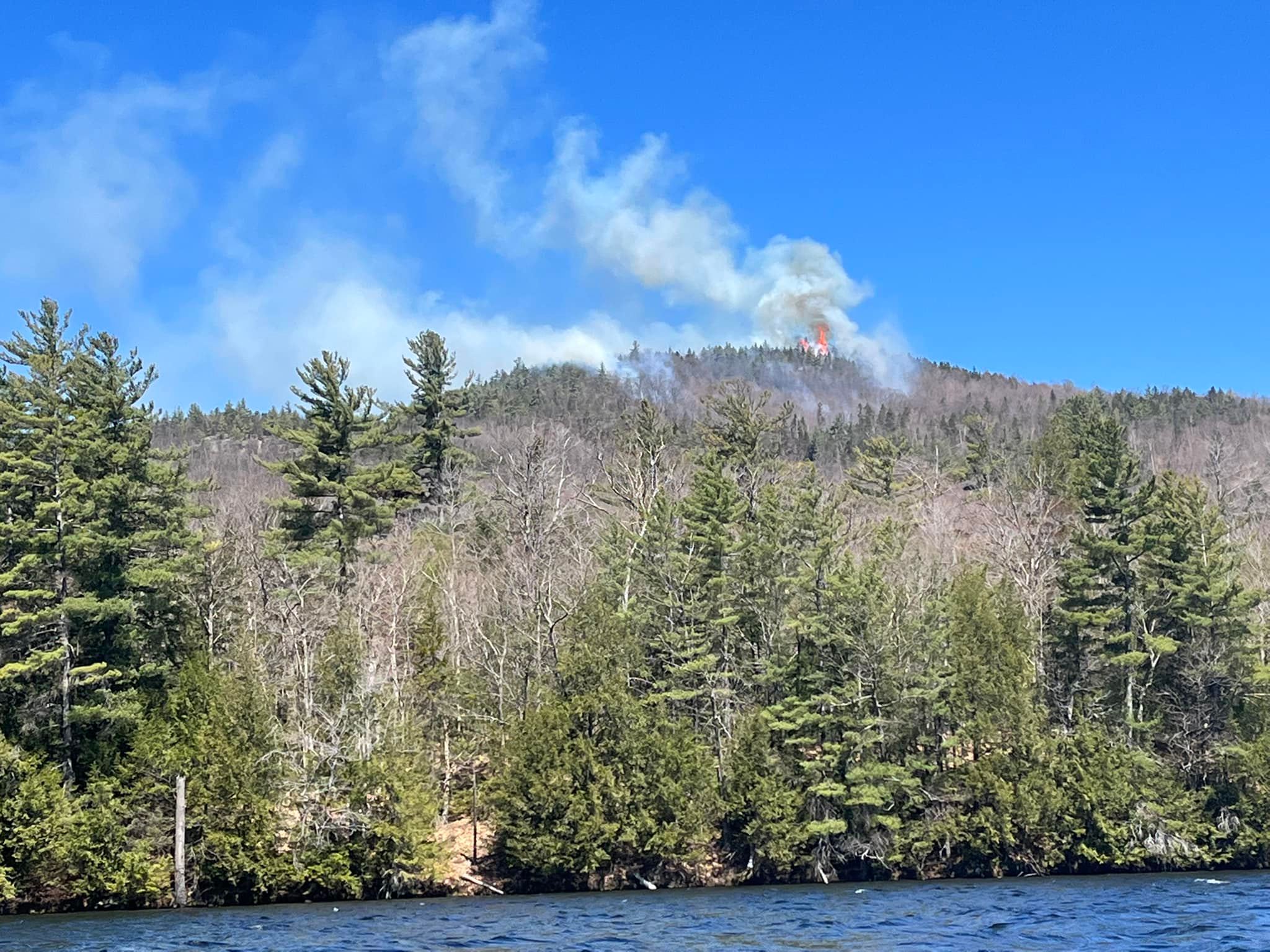 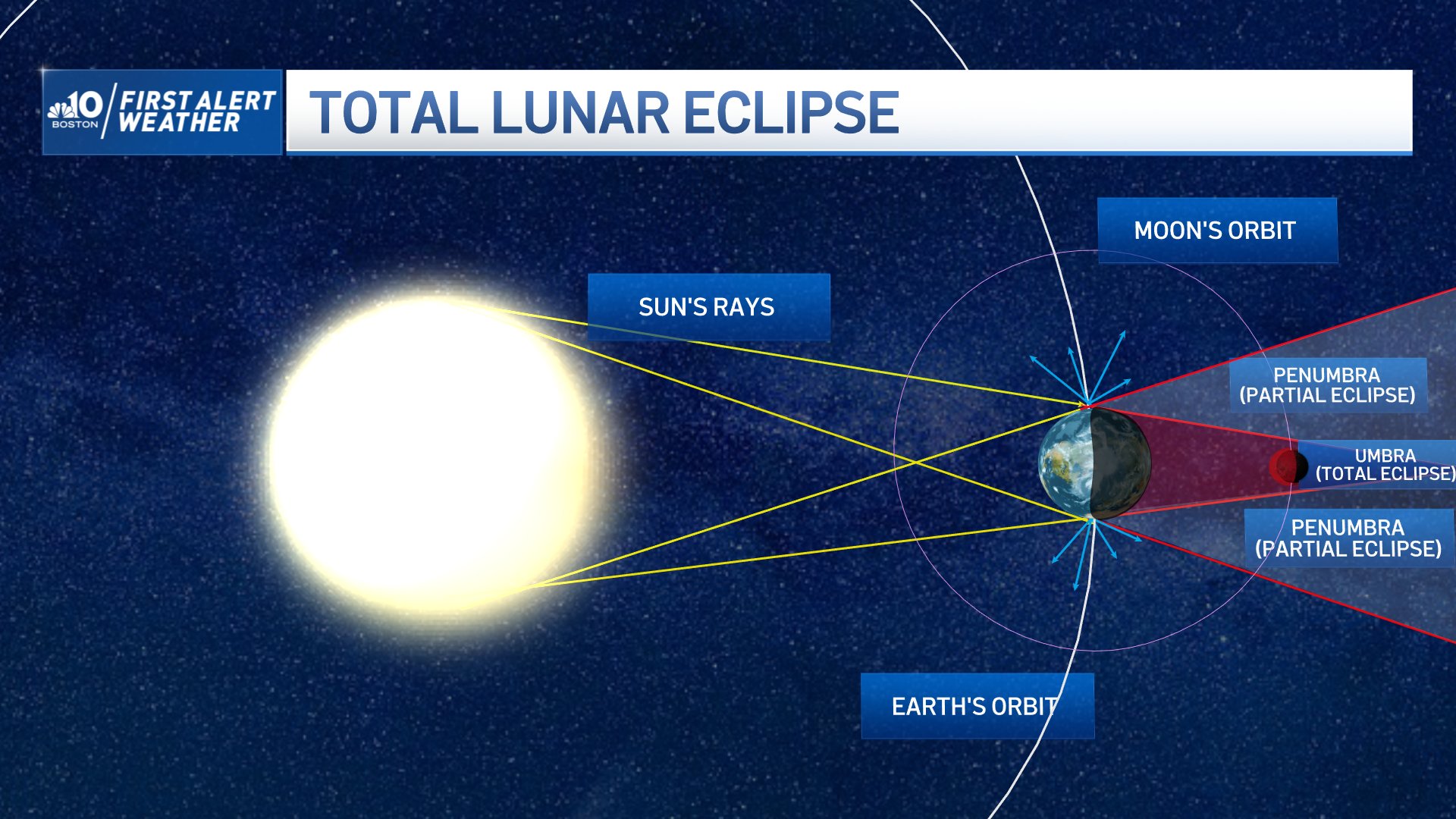 When — and What — Is the Super Flower Blood Moon Eclipse?