What Cold? Here's When Temperatures Could Hit 60 Again

Although the harsh cold of Wednesday is relaxing a little Thursday, it felt just as cold Thursday morning…with less wind than 24 hours prior, but colder temperatures in the teens.

A southerly wind will increase and, ironically, makes Thursday feel much cooler than it otherwise would be beneath variable cloud cover.  The irony comes because a south wind is a warming wind and today is no exception. It’s carrying milder air that will bump temperatures into the 40s Thursday afternoon, but the very presence of that wind gusting over 20 mph during the day, up to 45 mph in the Champlain Valley and perhaps over 40 mph in Boston this evening, creates a wind chill value that never exceeds the middle 30s at the warmest time of Thursday.

Eventually, though, the impact of the warming wind will be apparent: low temperatures under mostly cloudy skies Thursday night won’t dip by more than five to 10 degrees from daytime highs, and Friday under variable clouds our temperatures will rise to 60 degrees in central and southern New England and 50s in the north!

The theme of “variable clouds” sounds like a wishy-washy forecast, but you’ll find it really is descriptive of the sky Thursday through Saturday – commonplace when air is quickly changing, serving up alternating decks of clouds at various altitudes with times of clearing.

By Saturday, though the variable sky cover will be similar, cooler air starts working in on a northwest wind, holding temperatures in the 50s south and 40s north, then shifting to become an onshore wind by Sunday with highs generally in the 40s under thickened cloud cover.

The next storm system approaches from the west late Sunday and passes from west to east near the Canada border Monday, meaning showers of mostly rain – mixed with snow at first in the mountains – arrive later Sunday and continue through at least the first part of Monday. 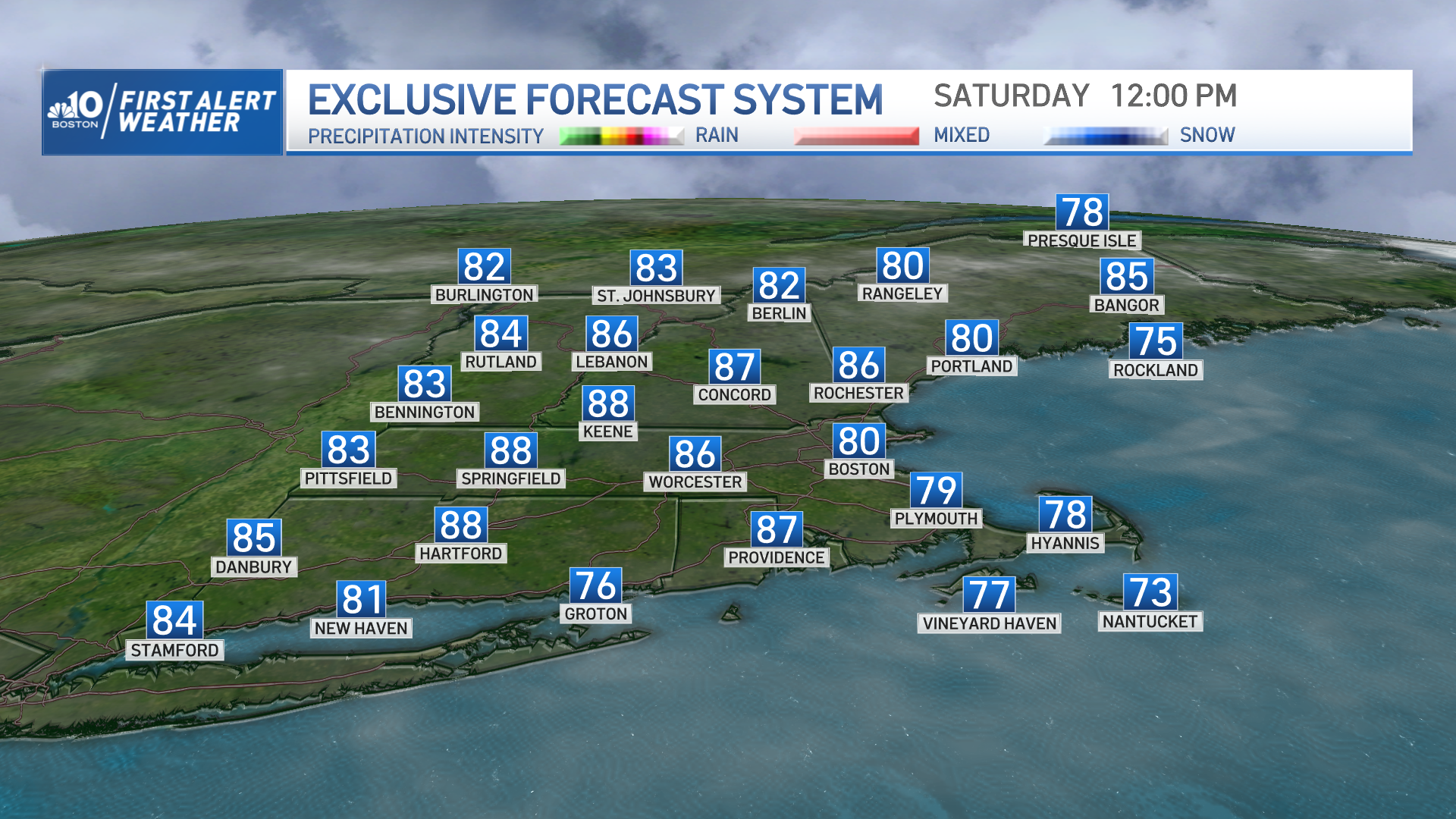 The next disturbance is a bit more non-descript for midweek next week: no strong storm center, but changing air with atmospheric energy at the jet stream level, high in the sky, encouraging showers to develop again late Wednesday and Wednesday night, probably lingering into Thanksgiving Day.

Although it’s early to speak with certainty from seven days out, keep in mind that showers on Thanksgiving have been on our First Alert 10-day since Thanksgiving was Day 11 (we offered an extra day for the holiday) and remain on the forecast now, with our exclusive in-house forecast system now showing a 50% chance of showers lingering into Thursday – a fairly high chance for seven days out – and our team is still expecting high temperatures near 50.