Everett Fire responded to a fire on Vine Street in Everett.

Two families escaped as a fire ravaged through a house in Everett, Massachusetts, after a city worker alerted them to the flames.

The fire broke out on Vine Street in Everett while the families, who have young kids, were sleeping. Brian Gianelli, a parking control officer for the city, was driving by early Thursday morning when he smelled smoke.

He says he circled the block and realized the smell was coming from a house that was on fire.

"The adrenaline was flowing, believe me. I saw smoke billowing up from the roof," Gianelli said Thursday afternoon. "I didn't know what to expect."

Gianelli says he ran into the building and started banging on doors, waking up the two families inside.

"There were alarms going off, couldn't tell from what. I got them up, got them out," he recalled. "And second floor, and I said, 'You got to get out, we have a fire.'"

"Literally, in my opinion, saved everybody's life," said Julie DePiano, who has long owned the building. 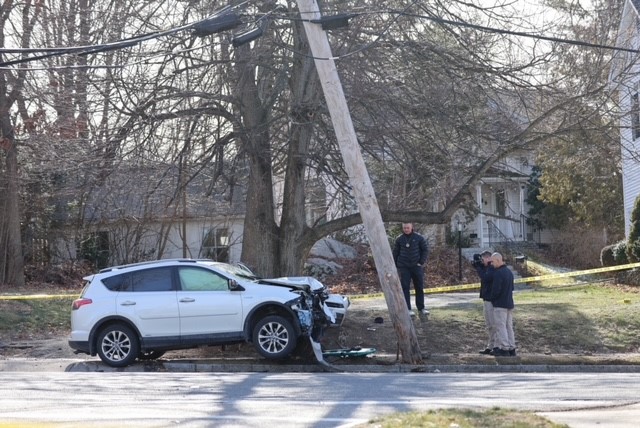 DePiano says she is grateful for Gianelli and all the Everett firefighters and police officers who rushed to help.

"I don't think anyone was expecting something like this, and it couldn't have happened at a worse time, could it have?" DePiano said. "I am very, very, grateful that everybody got out OK, and that is really, to me, all that matters."

Gianelli says he is just glad he was able to help.

"God was with all of us, you know, the timing, he had to be going down the street at the right time," DePiano said. "I guess it was in the ceiling and no one even knew, and just God was with us, God was with us."

The Red Cross responded to help the families. The cause of the fire is under investigation.