President Donald Trump returned to New Hampshire for a campaign rally Friday, his first after accepting his party's nomination at the final night of the Republican National Convention.

Trump reveled in the afterglow of the event, which flouted convention by being held at the White House.

"Last night it was my great honor to accept the Republican nomination for president of the United States," he said. "We're going to win. Does anybody have any doubt?"

New Hampshire Gov. Chris Sununu had said he would not attend rally in Londonderry, but would greet the President at the airport. That didn't stop Trump from asking if Sununu would be in the audience.

The president also focused many of his remarks on protesters who were outside the White House Thursday night, and video that showed Sen. Rand Paul, R-Ky., and his wife being escorted through the crowd by police. An officer at one point was shoved; Trump called the crowd "a bunch of thugs" and claimed the Pauls' lives were in danger.

Sununu had emphasized ahead of the rally that the state's mask mandate for crowds of 100 or more would apply to the event amid concerns over the risk of transmitting the coronavirus.

Attendees' temperatures were checked at the door, but many people inside the overflow crowd were seen not wearing their masks inside the venue ahead of the president's arrival.

Thursday night at the White House, few in a crowd of more than 1,000 were wearing masks as Trump accepted the Republican Party’s nomination for president, defying his own administration's pandemic guidelines. In his speech, Trump blasted Democratic presidential nominee Joe Biden as a hapless career politician who will endanger Americans’ safety.

Friday's Trump rally was scheduled for 6 p.m. Friday at Pro Star Aviation, a facility in Londonderry near the Manchester-Boston Regional Airport. However, the president was late after holding a surprise event to pardon Alice Johnson, whose prison sentence he'd previously commuted and who spoke at the RNC.

The event had originally been scheduled to take place at another hangar near the airport, but the campaign announced the new venue Thursday. New Hampshire was the site of Trump's first electoral victory in the Republican primaries and remains a swing state whose four electoral votes could be crucial in what may be a close election.

There was a festive atmosphere outside the rally Friday afternoon.

People had begun gathering at the airfield since before 9 a.m., with attendees saying they wouldn't have missed it.

"This is our future and I need them to stand up for what's right," said Megan, a mom from New York who was there with with her daughters.

But the rally also drew protesters, including Mark Ferrin of Farmington, New Hampshire, who said most people weren't willing to stop and talk with him.

"I'm out here to support democracy," he said.

The visit comes after the Trump campaign last month abruptly postponed a rally in New Hampshire. The campaign cited Tropical Storm Fay as the reason for the postponement, despite projections the storm would not make landfall in the state.

One outside adviser told NBC News concerns over low turnout might have factored into the decision.

“It’s the perfect timing. The weather may have been dissuading people to attend, but many weren’t coming to begin with because of the virus,” the person told NBC News.

The July rally was slated to come after controversial appearances by Trump in Tulsa, Oklahoma, and Mount Rushmore in South Dakota as coronavirus cases continued to spike around the country.

More Coverage on the RNC 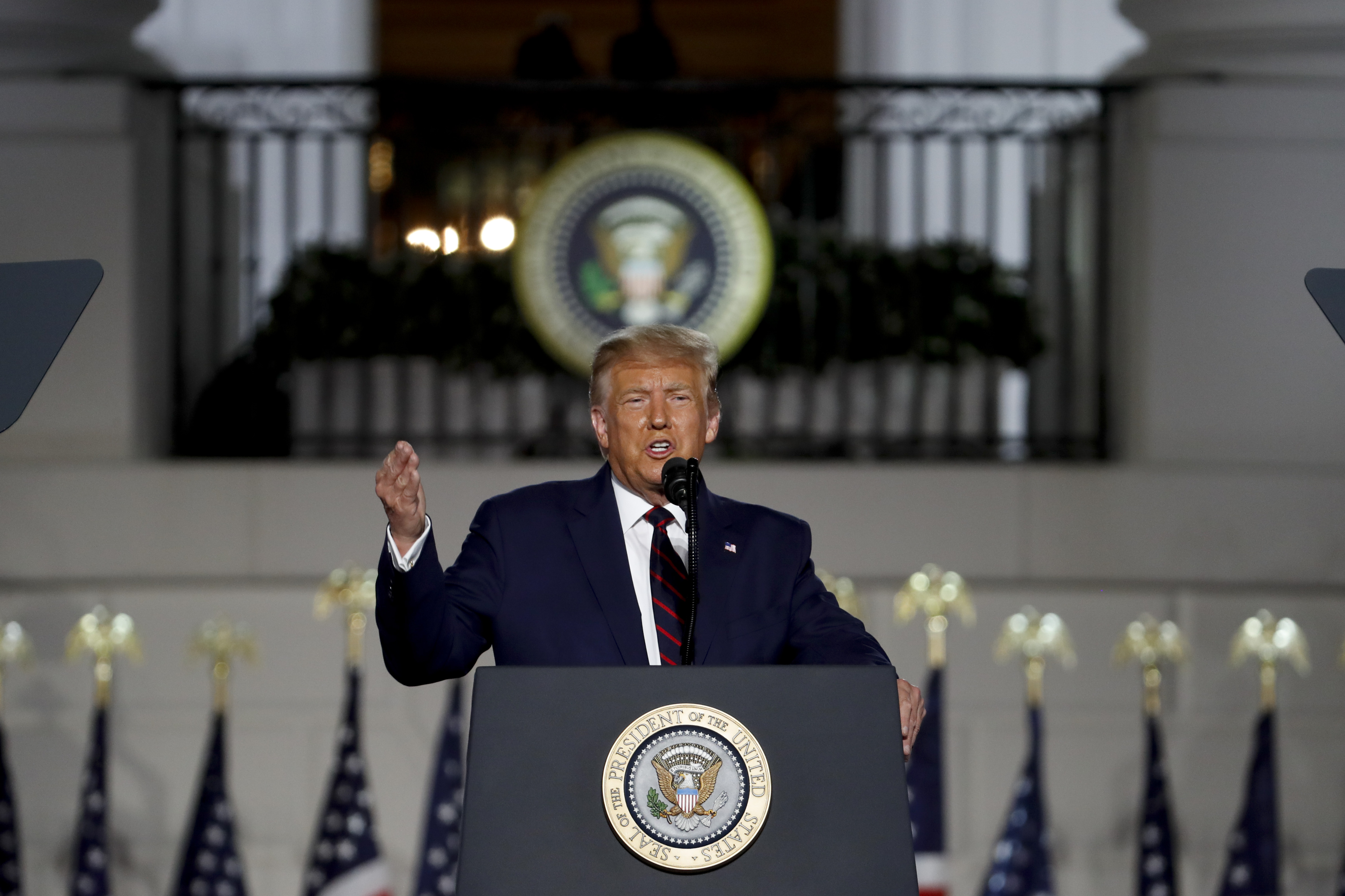 RNC Night 4: Trump Warns His Opponent Will Dismantle America as We Know It